Blog covers the ins and outs of the new Innovation Act legislation, designed to quell the rising tide of patent trolls and make getting (and maintaining) patents for small businesses a more cost effective option.
Jonathan Sparks
Blogger
December 13, 2013 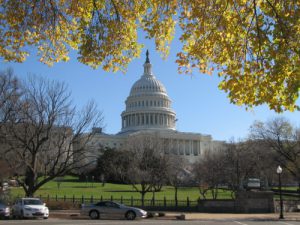 I think it’s pretty much universally accepted, at this point, that some type of Patent reform has to happen, but exactly what form the changes will take is still undetermined. As written in my previous blog, “To Patent or Not to Patent,” Patents are one of the biggest issues in the tech industry today, and for once, Washington is listening. Bits and pieces of Patent Reform legislation are making their way through Congress. A bill meant to lower the costs of patent litigation, called the Innovation Act, was recently passed by a landslide in the House (325 to 91). Apparently the White House is also supporting the measure, and the Senate has patent reform high on their to-do-list. Hopefully, these measures will help enough to get the price of patents down so that startup tech companies can afford to take advantage of patent protections again.

What is Congress Currently Proposing?

Rather than take big steps—such as putting an arbitrary cap on litigation costs for defendants—Congress has instead chosen to create smaller procedural hurdles for patent troll companies. The goal is to protect people that have actual patents they are trying to use. Listed in more depth here, these protections include:

1. A heightened specificity requirement for anyone to bring patent lawsuits. Currently, trolls can easily start lawsuits against any company that may potentially be infringing on the patents they own. This protection would make it harder for them, by requiring that they actually explain howtheir patent is being infringed, and which particular part of their invention is effected. In plain English, it is meant to stop trolls from filing hundreds of lawsuits overnight against anyone and everyone that could potentially be infringing on a patent they own. After the bill is passed, trolls would have to take a great deal more time with each lawsuit before filing.

2. Lowering costs by delaying Discovery. Defendants (the people that are supposedly infringing on the troll’s patents) usually have to pay an enormous amount in litigation expenses, easily millions, just to get through the “Discovery” phase of litigation. By delaying Discovery, the Innovation Act allows judges to get some of the legal issues in the claim sorted out before anyone drops their nest-egg on frivolous discovery costs.

3. To avoid “shell company” trolls, the Innovation Act requires that someone with an actual financial interest in the patent be named in the litigation. Effectively, this means that people bringing the lawsuits have to have an actual interest in seeing their patent litigated. It also makes it so that the trolls can’t just create a company (with limited liability, see article here), and then sue a bunch of people, only to lose and claim limited liability—throw their hands up and say “I didn’t do it, my [shell] company did!”

4. The “Winner Takes All” Option. As some of you may know, American courts initially used British cases as a template for the budding US legal system. However, there was a fundamental change; America decided to avoid the British “Winner Takes All” policy in courts. In the UK, if I sue someone, and win, I get the winning value of the case and my attorney’s fees paid back to me. In fact, all of my expenses are reimbursed by the losing party. However, if I were to win the case in the US, all of my litigation costs would not get reimbursed, only the amount awarded by the judge or jury.  So even though I proved that I was injured, I’m still out of (potentially) sizeable attorney expenses in a US court.

Thankfully, the new Innovation Act is considering switching this, but only in favor of defendants. Basically, the Act makes it so that parties that bring patent lawsuits and lose (often trolls) will have to pay the defendant’s litigation expenses, so that the winning defendant isn’t out any money. (More on this here)

But Wait! There’s More! The plaintiffs who brought the lawsuit and lost the case could formerly point to their underfunded “shell company” and say to the judge: “we don’t have any money to pay the defendant’s litigation expenses!” Thankfully, the Act has a clause to cover this loophole by allowing the judge to order any party with a “financial interest in the litigation” (probably the one named, see section 3 above) to pay the expenses.

Congress answers to voters. If they don’t get voted back in for another term, it doesn’t matter how well they ran the country or how hard they worked on getting the right legislation drafted and passed.

It should be common knowledge at this point that voters are easily swayed by heavily funded campaigns, funding that comes from large businesses who probably have a treasure trove of patents they’d like to protect (see article here).

Originally, the Innovation Act set out to remove overly-broad patents altogether with a quick and easy system, but companies such as Microsoft and IBM, with treasure troves of patent portfolios, pushed back and stripped the bill of its teeth. Senator Schumer (D-NY) is expected to push for re-instatement of this language once it gets to the Senate, but we can’t be sure. Plus, pushing this issue could bring the conflict between Microsoft and IBM versus Google and most other tech companies to the forefront.

Recently, the head of Google’s patent litigation section, Michele Lee, was named the deputy director of the United States Patent Office! While she said that her time at Google will not influence her role as deputy director, I’m sure her history will have some influence (hopefully a lot) on what the USPTO does with the next few year(s).

If you are a small company that has a bunch of patents that you aren’t using (and don’t plan to), you may want to sell your patents now. The looming reform could easily squash your large investments in patents by making patents less broadly interpreted and/or making litigation less costly for plaintiffs suing for infringement of patents that they own. (Author’s Note: If anyone’s interested in further exploring how the Innovation Act could decrease the value of patents overall, please let me know in the comments and I’ll address this in future blogs).

If you are a small company that did not go the patent route, any attempt by Congress to quell the horde of patent trolls is great for you because it aims to decrease money you would have to pay defending a troll’s patent lawsuit.

If you are a troll company that simply buys patents from others in an attempt to sue ambitious startup businesses, well buddy—read #%$*%&^%#*—, you’re on your own!!!

Jonathan Sparks is the executive attorney at Sparks Law Practice, where he helps out startup and tech companies with business law issues, general counsel and registered agent services.

Are there any blog topics you’d like to see?  Any legal questions you’d like answered?  Please feel free to leave them in the comments section or shoot me an email.  I’d be happy to help out.