A look at the success, failure, and strategies that went into the Boyfriend Dungeon Kickstarter.
Victoria Tran
Blogger
October 22, 2018

Victoria Tran is the community developer at Kitfox Games, the independent Canadian studio behind Moon Hunters, Shrouded Isle, and the upcoming Boyfriend Dungeon. Boyfriend Dungeon's initial Kickstarter goal was $50k USD, which it reached in just over 6 hours of launching.

We’ve already talked about the previous work that went into making Boyfriend Dungeon a success and looked at the social stats from when we first announced, so now it’s time to look at what it all looks like now that it’s finished, look closer at some of the decisions we made, and where we go from here. Keep in mind survivorship bias is still a valid thing to look out for!

Boyfriend Dungeon, by the time we launched, had already been worked on for a year. Strictly speaking, Boyfriend Dungeon could have been made without a Kickstarter at a bare minimum—five weapons, basic combat, a few dates—but that wasn’t what we dreamed for it, and it was proving to be an expensive project. It is, after all, two separate games mashed into one.

Boyfriend Dungeon had been rejected multiple times by publishers during its conception, and we were afraid its virality could be a one-off thing… we were wary of failure despite promising outlooks. So the Kickstarter’s goal was:

We were cautiously optimistic about Boyfriend Dungeon because even though Moon Hunters had done fairly well, lots of people were very vocal about Kickstarter being “dead” and not being a viable thing anymore. But Boyfriend Dungeon had garnered a lot more attention than any of our game announcements previously, so most of us guessed we’d hit the $50k goal and maybe even double it by the end of the campaign.

However, no one even thought we’d be funded within 24 hours, let alone 6.5 hours. And then we quadrupled our goal.

But it never really slowed down—we averaged $4–6k per day in the middle of the campaign, and we’re grateful for that. Scrambling over too much money is better than scrambling over none.

One of our biggest headaches was actually dealing with the stretch goals. We had prepared them, but we ended up scrambling over it—Were they actuallyenticing? Which were more important? Were they too low/high? Were there enough? How fast do we want to reach them? How many can we commit to without going over scope? We decided to post a thank you, hint at our next goal, but overall not commit to anything until the next day after we had all gotten some sleep.

(Rest is good, everyone.)

Where’d They All Come From?

Okay, so those are the people who actually pledged money. But not everyone is able to pledge money either out of interest, financial situations, or any other number of reasons. Eyes and word of mouth can be just as important as pledges, so here’s where our visitors came from. 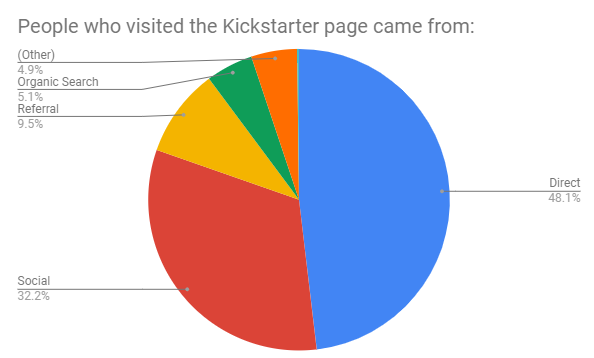 Again, this could be an abnormal thing—Kitfox at the time of the launch already had about 10k followers, so it’s more likely that a lot of our users would come from social as opposed to a new studio or one less community focused.

We had quite a number of visitors each day as well, never below a thousand. 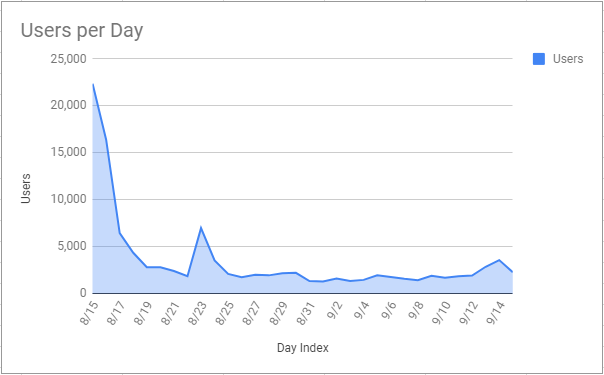 On Aug 23rd we were featured on the front page of the Kickstarter website, hence the spike there.

The Kitfox community really grew from this campaign, which was nice.

From the beginning of August to the end of the campaign on September, we got….

All accounts marked with a * were not linked to the Kickstarter page. As a small explanation, I’m not fond of Facebook’s algorithms when it comes to posts, and I didn’t have much time to commit to Tumblr, hence them being left out. 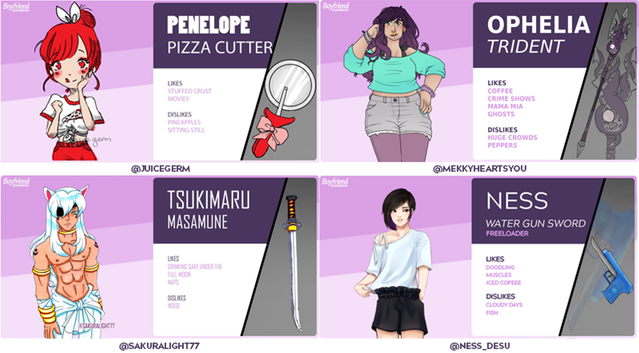 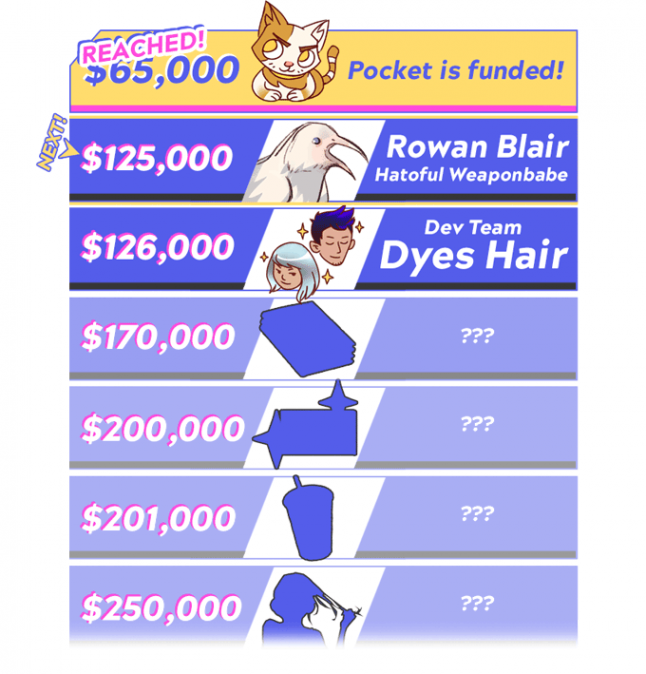 What Kinda Maybe Did Something?

One thing I want to be clear about is not to get hung up on just the numbers. They’re a way to gauge success, but I don’t believe they should be all and end all. A failed Kickstarter doesn’t necessarily mean a failed game.

Not everything we did during the campaign was for virality or to get more funds. Some of it was to solidify our community and let them get to know us a little better. Numbers can mean nothing if you don’t have positive word of mouth or an engaged community to do anything about it. Boyfriend Dungeon could’ve very well been a viral hit and then left people immediately uninterested if it were not done genuinely or with no support. I’m glad that didn’t happen.