This is a kind of post mortem about our time working on our first game titled Bombear.
Cheyenne Wright
Blogger
March 30, 2015

At the start of creating this game, we had one idea: make a fun and simple 2D title that would help us bridge the gap between students and real game developers.  I would say we succeeded to an extent.  We definitely were able to take a simple concept and turn it into a real life, working and published mobile game on the Google Play Market.  Although, I am not sure we are full-fledged developers yet.  If there is one thing I have learned from this experience it would be that even when we think we understand what to do, there will always be things we could have never truly prepared for.  There are always going to be surprises along the way.

Dying Star Studios consists of a team of three people; I am the programmer, Matthew Brown the level designer, and Nic Sangervasi the 2D/3D artist.  Being that there are only the three of us and we have never done a project like this before, there was a lot of overlap in our jobs.  We each had to take on roles that we had never done before.

In the beginning, development went fast.  We knew the premise of the game and our goal: create a simple 2D vertical scroller for the freemium market to publish on the Android Market.  As we flushed out the concept, we realized that we had a really great idea.  Nic drew up our main character and brought the ideas he had for this game to life.  Soon we were fully creating an original 2D platformer starring Bombear, the bear that explodes in the air!  With our ideas flooding out, the first two weeks went very quickly and productively.  We had a working alpha with all the basics of how the gameplay was going to work and most of our art assets also.  We showed our game to some local developers and they seemed to think it was a great idea.

With such success early on, we thought we could easily have this game completed in about 3 months.  We knew what we wanted to do with gameplay and how we needed to accomplish it.

Nothing ever goes as easily as you think it will when it is your first time doing it.  So now we had some pretty fun gameplay and the means to make as many levels as we could.  But something was missing.  The game was easy and had about 7 different elements in each level.  This was cool, but we felt that if we really wanted people to get into our game and play it for longer than a day, we needed more.

It was at this time that both Nic and Matt went to work to make more levels and make them get increasingly harder.  Nic started finding new ways to use the assets that we already had to break up the flow of the level and make the end levels almost impossible to beat.  I had to rework many of our prefabs and game mechanics to create new inventive obstacles.  Also, getting the mechanics that were already working to work perfectly proved to be a challenge.  Even though I love Unity for its simplicity, especially in the 2D realm, the physics for 2D does not always work the way we needed it to.  We were having many issues with objects falling through other objects, objects unintentionally killing the player, and over all poor triggering for events. 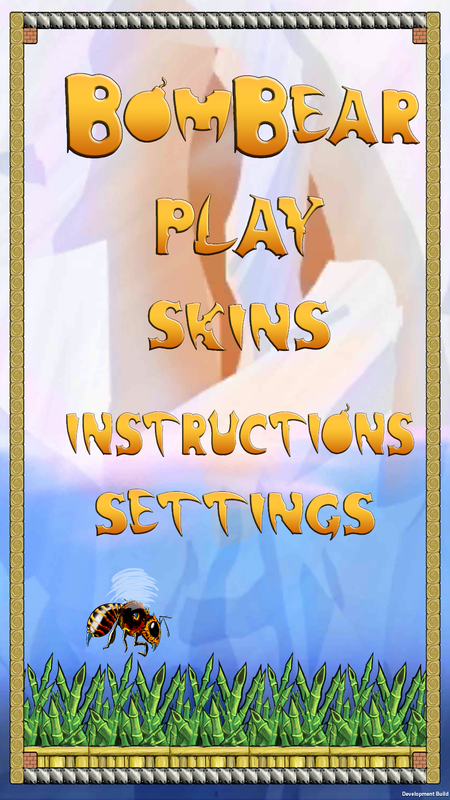 It was at this time that we had to implement animations.  Nic created some of the more simplistic animation using sprite sequences.  For the main character though, we thought it was necessary to use Unity Mecanim animations.  While I had a little experience with this, it was difficult to get correct.  Nic had never used a game engine for animating before but he had a vision for how it should look.  So after many hard and long hours working to get animations to flow correctly, we found that we had to use legacy animation instead and had to start over.

Another major hurdle for us was the interface.  This being our first major production, none of us had very much experience working on graphical interfaces our video game interfaces.  This resulted in one of the longest processes of the entire development for me.  I had to learn how to program and perfect a UI design that would automatically adjust to varying screen resolutions and sizes.  (And yes I know that Unity 4.6 now does this naturally.  I was halfway through creating everything in 4.3 when 4.6 came out though.)

Now that we were well on our way to having a completed game we decided to sit down and have a conversation about one of the most important aspects of creating a game: Monetization.  I had done a little research on the matter and mostly found out that I had no idea how much money a mobile game could make on the market.  What we did notice was a trend among successful mobile games.  We decided to offer Bombear for free and offer in app purchases for those who would want to unlock more in game content.

The first thing that we had to figure out was how to make an IAP system work for our game.  We had a point system where you earned points toward a score for each level.  So we decided that we could change those points to be added the players account and they could spend points toward in game items.  The next question: What in game items would people want?  After some thought we decided we could draw up and implement a skin system, where the player could unlock different types of bears and outfits.  After that it was up to Matt and Nic to design and draw a wide variety of skins and outfits for the player to choose from.  And in the end, it was surprisingly easy for me to implement using the sprite based system in Unity.

Another hurdle we had to overcome was audio.  We had very little experience recording or creating audio for a video game or any other media.  We decided to compile as many free sound effects as we could and use what we had.  We still ended up creating our own sounds in some cases, but it is surprising how much you can find royalty free out there on the internet.  As for music on the other hand, we found the delightful Andy Griswold.  Upon playing an early version of our game, he loved it! He felt strongly that he could create a theme that would suit our style perfectly.  And that he did.  He created the Bombear theme song which plays cheerfully throughout the game.

I would have to say, for me this was the hardest part.  I was in the process of learning how to program User Interfaces and trying to work out all the most frustrating bugs in the game when the time came; we had to start integrating social media and advertising.  After a couple days research, I found a lot of helpful tools online that promised to deliver a quick way to integrate Facebook, Twitter, and any ads or in app purchases we needed.  This led me to believe that it would take a maximum of two weeks to complete the entire integration process.

I was wrong.  Overall, it took about 2.5 – 3 months to get all the parts working correctly.  Facebook proved to be the most difficult to get to work for even simple things like logging in.  There just were not that many tutorials out there and I was trying to program things I barely understood.  I was using C# also, which doesn’t help since my school mainly taught Javascript. There was also the new question of “How do we create a business?” and “Do we even need to create a business?” and even “Where would we get the money to start a business?”  These were all things that we never thought would be problems, but ended up costing us a great amount of time.

We shipped March 23rd 2015.  It happened very quickly and suddenly, we were published game developers!  It is a great feeling to finally have completed a project.  I am going to keep our blog updated with how successful this title is (seeing as I scoured the internet for other people’s numbers and was sad when I found few articles giving sales figures.)

The journey was rough and we made mistakes along the way, but now we are equipped to better handle our future projects.  We want to thank everyone who helped us along the way; especially the teachers who gave us advice and guidance (even though we had already graduated.)  We are looking forward to what is next.

ProgrammingArtMobileProductionDesign
Get daily news, dev blogs, and stories from Game Developer straight to your inbox
Subscribe