Anniversary of Banner of the Maid: 1 year in the life of Chinese indie devs

On a day like this a year ago, Banner of the Maid was released in China. 9 months before it was released in the West. This 1st anniversary of the game is a great opportunity to stop for a moment and look at the path that brought us here.
Li JIAXIN
Blogger
May 28, 2020

Bonjour revolutionaires! Today is a very special day for us at CE Asia and Azure Flame Studio: on a day like this a year ago, Banner of the Maid was released in China. It's been a very exciting and challenging year; this 1st anniversary of the game is a great opportunity to stop for a moment and look at the path that brought us here.

The core members of Azure Flame Studio are all hardcore gamers who started our gaming life in the 1990s. We started working in the industry about 10 years ago, but after a few projects that weren't anything special or exciting to us, we felt that we would eventually burn out, losing our drive and passion for developing games. Circa early 2017, we sat together and discussed what each of us really, really wanted to do. Turned out, we all wanted to make a game that would bring us back to the good old times of the SNES Era.

We didn't want a sword and sorcery setting, though -- that was just too common, well-trodden territory. On the other hand, we didn't want it to be too sci-fi, because we felt that it didn't fit the nostalgia theme. So we started looking for some setting that would allow us to mix cavalry, firearms, fancy uniforms, a rich historical period with lots to build upon, but on the other hand, that would allow us to add fantasy elements. We suddenly realized the French Revolution was a perfect stage for all this and, to our surprise, a setting that has not been visited too many times in games before. 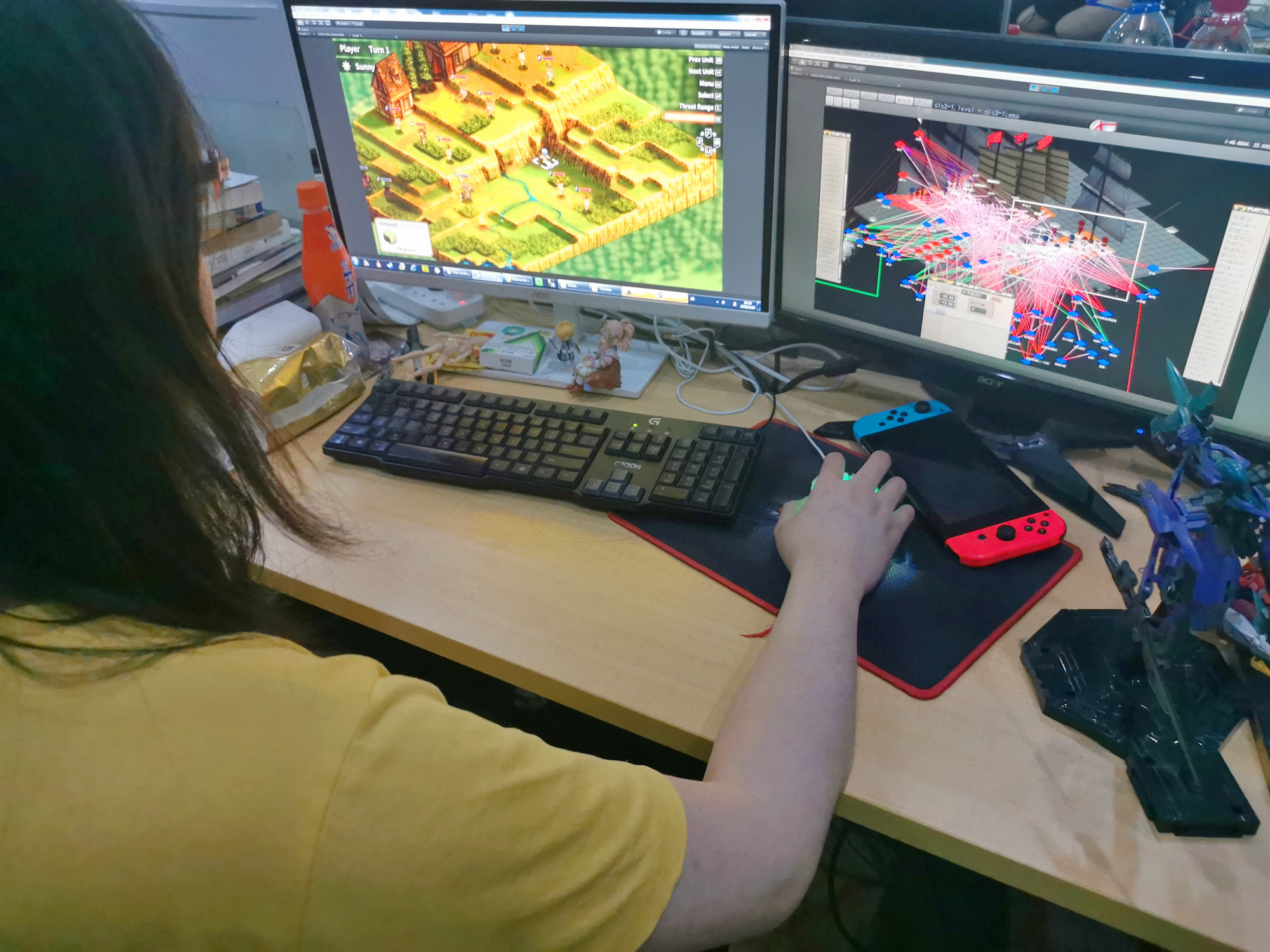 Hard at work at the office

Once the background settings were decided, the storyline and quests were relatively easier to come up with. It was basically done by Borris Hou, our chief designer/lead writer. From there, the development process went quite smoothly: even though it was our first time as an indie team developing a single-player game, we had enough experience as developers under our belt to tackle this challenge.

Actually, the most pressing challenge we faced was not about development, but more at the business side of things: as many indie devs out there, we were always short of budget and had to find ways to make ends meet all the time. Because of that, there was some content that we wanted to implement in the game that in the end had to be scrapped. For instance, there was a deck-building, sword-fencing minigame planned, and its game mechanics were already completed, but we had to abandon it.

The game grew in our hearts during this time, and it actually changed here and there because of that. For instance, the possibility of saving certain character's life was a last-minute addition to the game: at some point, a big part of the team "revolted" because they didn't want him to die, so we decided to add a way to save him just one week before release!

First key art of the game

After lots of hard work, we finally released the original Chinese version of the game. It was a great success, something for which we are incredibly grateful; so we decided to release the game too in the West. Unfortunately, the game is massive in terms of text, so outsourcing its localization was out of our means... which of course did not stop us! We decided to tackle the English localization all by ourselves. It took us a great deal of time and effort, but finally, with the kind help of an editor, Christan Michael Voss (who happened to have enough free time and liked our game), we managed to complete the English version.

The Westen release was not as successful as the Chinese one, but it was successful nevertheless. We read all the comments and reviews on the Steam page and the posts on the community board, and we're happy that the majority of players are satisfied and felt our love for the genre – that's why we started the project in the first place!

And now... what? First of all, it's not exactly a secret that Banner of the Maid will eventually arrive to consoles. We cannot talk more about that at the moment, but we recommend you stay tuned to our social media and CE Asia's for more details about this in the near future. But that's not all -- we're also designing "Banner of the Maid: The Italian Campaign"... which is not a video game but a complete and standalone board game! We are working hard to make sure that it meets your expectations and becomes the great game our community deserves. It'll be released this year in China, hopefully soon in other regions. 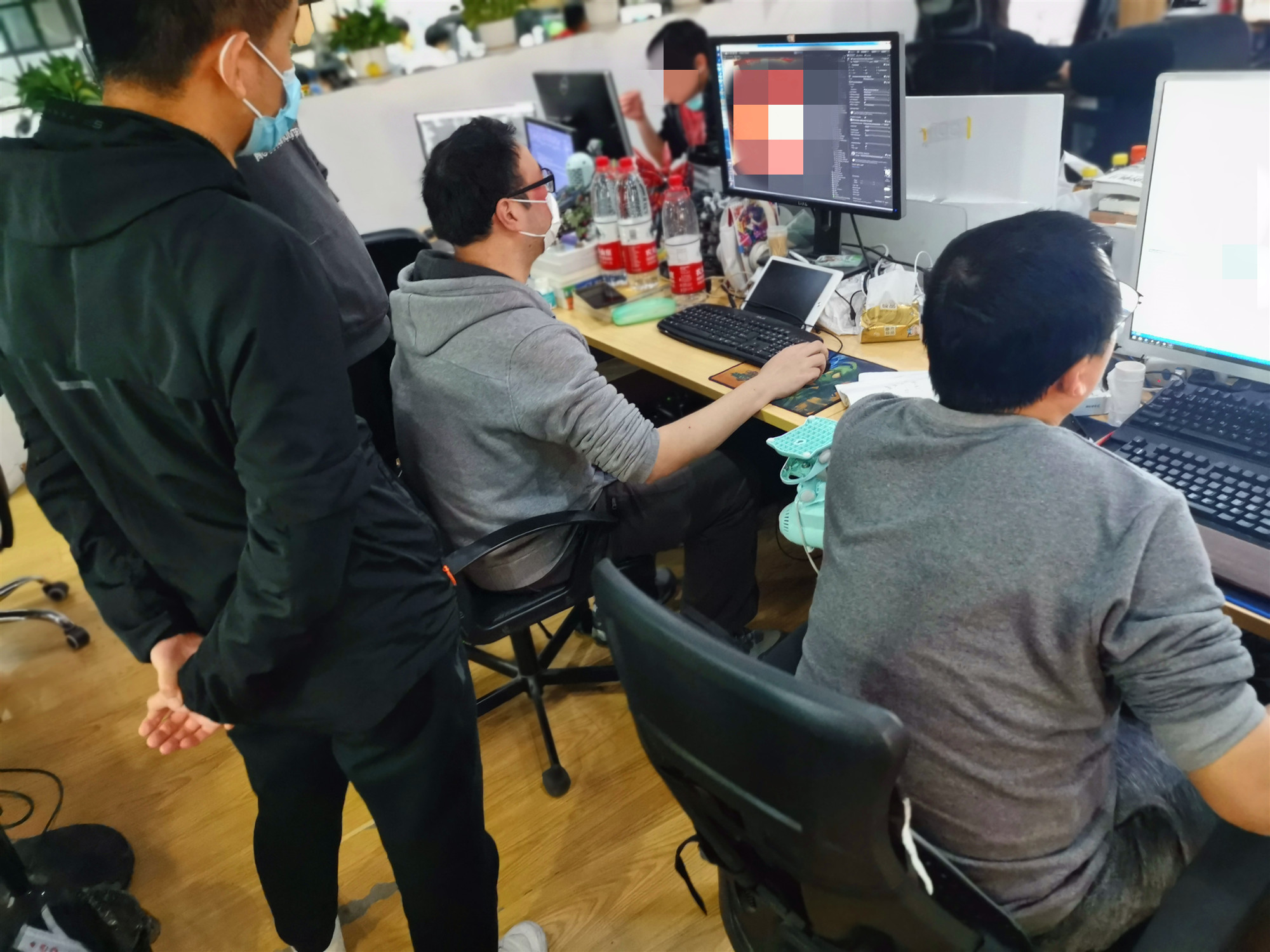 Developing games in times of the pandemic

We would also like to continue telling the stories of the Maids and expanding upon the universe of Banner of the Maid. But having the budget and means to do it will depend on the success of Banner of the Maid, of course, so if you want to see more about it... help us spread the word about the game and spend a minute writing your review here on Steam!

To celebrate this special day, CE Asia will be broadcasting today A Sailor's Gossip (starting at 3 pm CEST) the questline that we had to cut out of The Oriental Pirate because we couldn't finish it in time because of the pandemic (which was added for free to the DLCs content last week). It's been a wonderful, very exciting year for us, and we feel like this is just the beginning. Thank you very much for being a part of it -- without your continued support and love for the game, we wouldn't have made it this far!