A Lifetime Posmortem: From Failure to PS4

Chibig Studio was found after Abraham, the designer, programmer, producer and CEO, close her previous company. First by his own, he found success on mobile game. After that, the studio grew. This is a timeline about failures and lessons.
Diego Freire
Blogger
August 09, 2018

Three years before that, Abraham opened his first company. He was a boy who dreamed about telling stories, tales about adventures and fantasies. Then he grew up and the reality took away all those dreams. Abraham studied a engineer degree, far away from all those ideas, something practical. But he couldn’t stop thinking about his stories, so there was afternoons where he forget about the maths and physics homework and ran away to her fantasy worlds.

Her first company, founded with some fellow engineers, was about educational apps for schools. They didn’t know anything about the sector, but they knew how to make apps and they though they can made something valuable for the schools.

In the span of two years and a half, Abraham and the other co-founders made seven apps for maths, chemistry, anatomy, geography and biology, among others. And they start to grow, without too much thinking. They won prizes, got money from a venture round and established a team of 20 persons. But they made all the mistakes that one could make: the product didn’t found her way into the market, they didn’t measure the scope of their projects and the team was too big to handle.

“It was the worst week of my life”, Abraham told me. It seemed like nothing could go wrong. They had a great idea and great motivation, they had money and they though that, if they work very hard, they could made it. But, then again… They closed the company three years ago.

Abraham learned four things after that:

He gave himself a second opportunity and six months to made it: he wanted to write stories and made it with videogames.

“I didn’t have money to made a team, so i didn’t”, says Abraham. He started with mobile games, because it seemed like the natural thing to do. In the last years he worked a lot with Unity and he had, and has, a deep technical knowledge of the engine. Chibig was then founded and it was just one person on his house.

The idea was to make small games in short periods of time. Something he could do by himself. Miriam Barea, an artist and illustrator, was an old friend of him and help a lot by making concept art and character design. This was needed because, well, without people and with little money, buying assets was the best option to make games.

It was a mix of hard work, a self realisation and optimizing time and process to make good games fast. Like he said once: “is better if the game is good and it is release than still searching for perfection and you just have a file in your computer”. 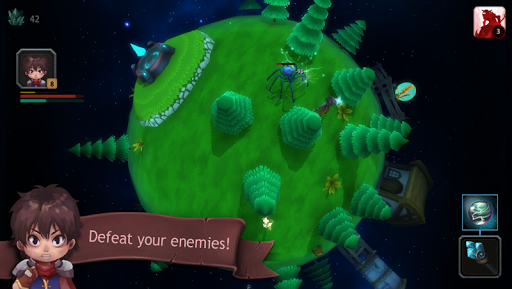 So they started with two months developments process. After several tries, they hit the jackpot. Deiland, the tiny planet, was release on February, 2016. After just four months, it reached a million downloads and made over 40k. How?

When you make a hit like Deiland, it looks like you only have two options: you can repeat the same game, bigger and better, or you can make something different. But there’s a middle ground.

They took Mûn, a character from Deiland, and a new planet, Ankora, and a new genre, but the development and the idea behind the production was the same. This new game, Ankora, is focused on action, rather than in crafting and farming. It looked different, but it had the same spirit. The gamers were divided: some liked more Deiland, others liked more Ankora. Two games for everyone.

Ankora was launched on October, 2016. Nowadays, this game and Deiland have over 3 million downloads and made the studio profitable for a while.

This was just another step where they learned a lot: how it is a game production, how to lose the fear to launching a game and talking about it and showing it to other people and how to admit their flaws and fix it quickly, hearing what the community had to say.

Then, a new beginning.

In Spain, there is a program called Playstation Talents GamesCamp. With a GDD and a prototype, you apply for the program. If you have lucky and you’re really good (or vice versa), they select you to enter into the program. Once you’re there, they give you mentorships, equipment, a workplace, a devkit and they take you to conventions and events. And when you finish, just after nine months, you publish your game in the Playstation Store.

The key factor here was the challenge. Could they make a game in that time? A game for PS4, furthermore. They decided to port the mobile version, a game that was well known by their fans and have all the potential to be a even greater game in the playstation console. But it wasn’t that simple. Deiland needed a complete rework, from its mechanics to its graphics. Also, they added Paco Mitos and Rafa Giménez to the team, two musician that brought another artistry layer to the game. 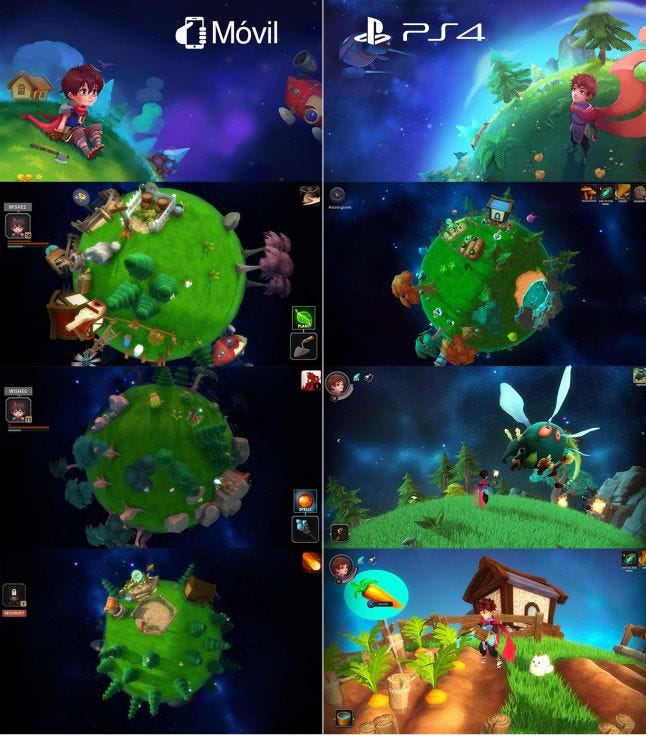 There are three things that are important to consider when you’re making a console game (and to make any game, actually):

With a lot of hard work and a little of luck (or vice versa), Deiland launched on PS4 on march, 2018. And that was just another new beginning.

Now is time to introduce me: I’m Diego and I’m the newest incorporation to the team. After Deiland was launched on PS4, the studio was ready to grow. Abraham hired three more artist and me. And I don’t want to let you down, but after you launch a game, you'll be working on… the same game. You’ll look at metrics, numbers (specially, sales numbers), you make patches and content update.

We are still working on Deiland. It will be launch on Steam in August 9 (maybe it’s already released when you read this) and I learned a lot of things since I joined Chibig. And, maybe, the most important thing when you’re making a game and after you launched is:

Show what you got.

We partnered with 101xp, a russian publisher,  for the Steam launch and they take care of all marketing and communication things related. That is another post-mortem, maybe next time.

Now, bigger and stronger, with some lessons learned, we’re facing a new development. With all the things that I said earlier:

We want to share more of our experience in this pasts months and in the months to come. We are making now a new game in the same universe that Deiland, but with another setting, a lot of new characters and new mechanics.

If you have read until here, thank you so much! There are a lot of words up here!