6 Things To Know Before Launching Your Mobile Game In Russia

In the Russian mobile market, small strategic investments make the difference between a lucrative new user segment and a missed opportunity. Here's how to make sure your game is ready to thrive in this unique market environment.
Dmitry Terekhin
Blogger
February 10, 2016

Over the past year, the Eastern European mobile games market has continued to show powerful growth. As a Moscow based studio, we here at Nekki have watched firsthand as Russia continues its transformation into a widely mobile-centric culture. With millions of installs worldwide, we’ve had the unique opportunity to compare our Russian mobile gaming culture with the rest of the world. What we’ve discovered is a unique set of characteristics worth examining before releasing any game to a global market. Here’s what we’ve found:

With roughly 144 million inhabitants, Russia numbers among the largest populations in the world. Targeted properly, Russian users can become a significant percentage of your user base. Most Russians carry more than one phone, and in 2014 there were almost twice as many mobile connections as there were mobile users. Over the course of multiple launches, features, and lifecycles, we’ve found our entire portfolio is consistently composed of roughly 27% Russian users on Google Play and 12% on iOS.

For our iOS portfolio, this makes Russian players the third highest geographic segment overall. On Android, it’s the largest by more than 10%. At a high level we believe this is due to a combination of quality gameplay, soft-monetization, and as we’ll discuss a little later, localization. Regardless, ignoring the unique characteristics of such a large market segment could be a costly oversight.

In a global context, Russia is outpaced only by Latin America in the country’s annual growth of mobile gaming revenue. 2015 saw 36% year over year growth for Russia and the rest of Eastern Europe. The country was 12th highest in worldwide mobile gaming revenue for 2015. Russia’s total mobile game revenues measured at $1.26B USD, or 86% of the next highest country, Brazil.

We see evidence to support this data every day. Russian games culture over all, mobile included, has kept pace with the rest of the industry’s global growth at all levels of culture. While we’re thrilled to see the medium succeeding, it makes understanding the unique composition and characteristics of individual market segments all the more important.

Across the globe, Android continues to dominate in the battle for mobile OS market share, and Russia has been no exception. According to the most recent data from Kantar Worldpanel Comtech, 74.7% of mobile devices in Russia run Android. It looks unlikely to change anytime soon, as the country has been trending towards Android dominance since 2013, when it held 44.95%, according to data from Statistica.

Keep these figures in mind, and don’t be discouraged if you’re not seeing as many users as you’d hoped during your Russian launch of an iOS SKU. The popular western wisdom of iOS presenting the greatest revenue potential is not necessarily the case for Russia. In fact, iOS devices constitute only 12.6% of all Russian mobile devices, only narrowly beating out Windows phones, which account for 10.8%.

Launching your game in Russia without localization is a missed opportunity for seeing substantial return on a small investment. In a 2014 study, 70% of Russian citizens polled said they did not know any foreign language whatsoever, and only 11% claimed to speak English with any level of confidence. Taken in context, localizing your game means the difference between an audience of 15m and 144m users. Online translation services vary in cost and quality, but for as little as $5, your game can be made exponentially more approachable to 129m more people.

Localization pays off in the discovery experience as well. A properly translated title and store description allows your game to stand out in all app stores, where localized titles still remain the vast minority. Accurate in-game translations ensure that your Russian user base feels comfortable and confident as they move through their first time user experience and on to becoming loyal players. 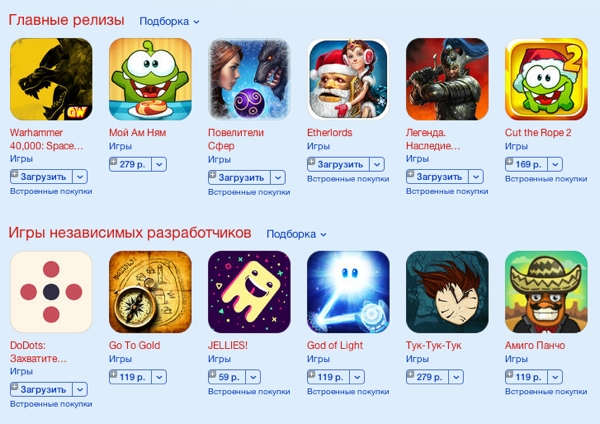 Ads Are Not Optional

Across our portfolio, 50% of all revenue generated by Russian users has been from ads. This stands in significant contrast to our western users, whose total revenue is closer to 30% ad-generated. There’s obviously a lot of design factors at play when considering what to expect from your division of revenue, but we’ve found this to be consistent with our experience living and working in Moscow, where piracy and torrenting have coloured the country’s expectations of digital entertainment.

The gaming community, young and old, is inarguably vibrant, though we’ve all grown up in a culture of free media. Children are permitted 24/7 access to their phones, even at school, though the majority don’t have payment options attached to their accounts. Office workers play mobile games during their lunch breaks and commutes, but the challenge of getting the most value out of a game without converting remains a point of pride, especially for games that use soft monetization strategies.

We’ve found that the same premium placed on value drives rewarded ad engagement. We’ve had excellent results not only from including the option to watch video ads for currency, but also from mechanically relevant rewards like revives or bypassing timers. These features have also had a positive effect on retention not just among our Russian players, but worldwide.

If you’re not seeing the kind of engagement you’d have expected from your social marketing initiatives, keep in mind that most Russian players are not on the platforms you’re used to using. VKontakte is the dominant social networking platform for Russia, with about 53m subscribers. Facebook has less than 50% as many users as Vkontakte; Twitter less than 23%, placing them both fourth and fifth among the most used social networking sites in the country, respectively. Navigating VKontakte can be challenging for a non-native speaker, but if you start to develop a high-value Russian player segment, consider taking the time to reach out on a platform that makes sense.

These few insights have helped us to reach over 80 million players across our entire portfolio, with more arriving every day. We encourage you to develop the same intimate understanding of your audiences. Recognizing that not all players behave the same has allowed us to remain relevant and get the highest return possible on our efforts. We’d love to hear what unique behaviours you’ve observed in your segments.

Give us a shout on Twitter @Nekki_com or learn more about us at Nekki.com.