While creeping around on the ole internets, I've noticed a lot of questions surrounding crowdfunding and to be more specific, Kickstarter. Since there have been many excellent games that have been successfully funded through Kickstarter, I thought it would be a good idea to reach out to some of these studios for some helpful tips.

Below, you can see the responses I've gotten so far. There are also some examples and links to helpful Kickstarter related resources. I believe this article can provide value to a lot of people, so even if you're a Kickstarter veteran, there should be some useful info to be found.

I want this post to be an evergreen piece of content, so if you want to contribute to this post, please leave your message in the comment section below, or you can reach me at [email protected] 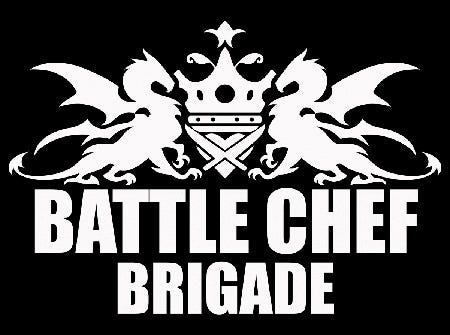 "Kickstarter campaigns are just specialized game marketing. You still need a strong hook, great presentation, and keen understanding of your competitors. Your video should therefore be professional, fast-paced, and short. Get straight to the gameplay and don’t let up. Each viewer should finish the video excited about what they just saw, not bored. Don’t give them reasons not to back the game – only show your idea's best sides."

Tom also pointed me to an excellent all-in-one Kickstarter guide written by Ian Kragh (Lobster Sundew on Reddit). You can check out the lengthy guide here: https://www.reddit.com/r/gamedev/comments/1k67t0/a_lobsters_guide_for_video_game_projects_on

"The top mistake I see Kickstarter creators make is only researching success stories. Look up Survivorship Bias and then tell me how many games you've found that are similar to yours in some way, yet failed. Those are the campaigns you will learn the most from! For Moon Hunters research, we looked at failed RPGs, failed indies, failed pixel art projects, and failed multiplayer games, and it was a treasure trove of knowledge."

If you're looking for a place to start, there are some excellent post-failed Kickstarter articles on Gamasutra that deserve to be read.

"The more you can prepare ahead of time, the more time you can spend doing productive things when the Kickstarter actually launches, like answering backer questions and promoting the campaign! We spent 2 whole months preparing for the launch."

Nathanael Weiss (the developer behind successfully Kickstarted game, Songbringer) wrote an excellent and insightful article on Gamasutra, where he goes over ways you can prepare for your Kickstarter campaign. One unique recommendation he has, is to back at least 10 campaigns before you launch your campaign. His reasoning is "Without backing other projects, one simply has no clue about what motivates people to become backers."

You can read Nathanael's post in it's entirety here: http://gamasutra.com/blogs/NathanaelWeiss/20151103/258182/Is_your_indie_game_worth_the_time_Prove_it_with_crowdfunding.php

"You're not selling people your game, you're selling them your Kickstarter. Don't make your Kickstarter page an extended back of the box. Sell them a dream, not a game."

This can be said not only for Kickstarter campaigns, but anything you're trying to sell to someone. People buy the vision, not the product. An excellent video by Simon Sinek masterfully covers this.

Think of the last Kickstarter you backed, or at least thought of backing. Were you sold on the game's features/mechanics, or the vision behind it?

"Develop a working proof of concept of the game you plan on crowd funding before starting your campaign. It will help you understand the scope of the project and whether or not it's attainable by your team. Prospective supporters will get a good look at what you plan to develop and if the campaign doesn't succeed then it's good to know before you drop a year or more into developing something that no one wants.

Once the campaign is underway be sure not to over-promise on any stretch goals. It's easy to get carried away when you see money coming in, but it's the path to under delivering. Good luck!"

"We had the benefit/curse of running a failed Kickstarter and a successful Kickstarter for the same project, back-to-back with-in a couple of weeks of each other. We did a ton of research before the first campaign, almost 6 months of worth of prep work. We knew you had to present a very polished presentation in order to sell our game to our prospective donors. We hit the publish button on the campaign, and that’s where the real learning began."

Keith also sent over an example of some things that Steamroller Studios changed from their first failed Kickstarter: 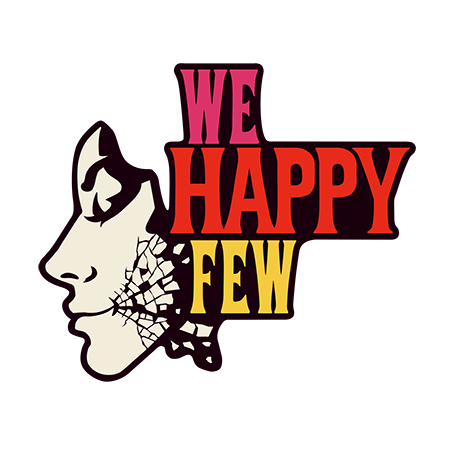 "Don’t, for the love of god, start, end or otherwise do a video game Kickstarter in the week before or during E3. Or, more broadly, make sure you don’t overlap with any major gaming events that might draw attention away from your campaign."

I was given permission to pull a quote from the We Happy Few Kickstarter recap article by Compulsion Games. You can check out the original post here: http://compulsiongames.com/en/news/23/the-whf-kickstarter-a-recap

As for finding the perfect time to launch your Kickstarter campaign, you can look up major gaming events here: http://www.gamesindustry.biz/network/events and here: http://www.eventsforgamers.com/calendar/

When it comes to project duration, Kickstarter Co-Founder, Yancey Strickler recommends a campaign duration of 30 days or less. He believes that a shorter duration leaves a sense of urgency that helps spark backers to fund your project. You can see more tips from Yancey Strickler in this video interview: http://www.inc.com/inc-live/yancey-strickler-crowdfunding-campaign-tips-from-kickstarter-co-founder-yancey-strickler.html

"Hit your Kickstarter Comments page every day to answer questions and be present. You'll get a lot of suggestions and requests that have the potential to really help your campaign but might really hurt your development efforts - after all, most people don't know how game development really works (and if they did, they're run screaming).

If you take the time to explain why you can't or won't take a piece of feedback, your communication will feel more transparent, your credibility will increase, and more folks will be able to share the information on your behalf."

The website crowdcrux.com published an excellent article titled "9 Tips For Communicating With Your Kickstarter Backers". This article is aimed at helping you better communicate after your project has been funded. However, many of the tips listed can be utilized during your campaign. You can check out the post here: http://www.crowdcrux.com/tips-for-communicating-with-your-kickstarter-backers/

"Don't underestimate the amount of work a Kickstarter requires - Not just the preparations, but work during and after the campaign. Unless you have a sizable team or help managing the campaign, it's unlikely you'll be able to continue development at your natural speed."

"It's critically important to build at least a small audience before launching your campaign. Find a way to get some people on your mailing list, FB page, or Twitter, so at least a couple hundred know about your campaign the moment it goes live. We did this with a teaser trailer we circulated months earlier."

"The first thing on your list should be to back somebody's project. Go browse the video games until you find something that you would like to play. Back the project at the level you are comfortable with, then sit back and watch what they do. Take note of what you like, read all the updates and make comments. Reflect on what motivated you to become a backer."

If this post whet your appetite and made you hungry for more Kickstarter related information, then you should check out the links below.
If you would like to add to this list, leave your suggestion in the comment section below, or send me an email at [email protected]

6 Tips to Smash Your Kickstarter Goal in a Single Day
The Ultimate Kickstarter and Greenlight Guide
Learning From Shadowrun Returns Kickstarter Success (QA)
10 Daily Actions to Build Your Crowd (not directly Kickstarter related, but a good resource for building an audience before your Kickstarter launch)