Writing Music for the World of Trackmania (3 of 3)

The final part of a blog trilogy on writing the music for Trackmania, the composition process, and what I remember most about writing each track.
Elliot Callighan
Blogger
August 28, 2020

This is the final part in a trilogy of posts about writing the music for Trackmania and what I remember most about each track and the composition process. If you'd like to start with the first post, click here.

And, be sure to check out the soundtrack! You can also listen on Youtube!

No Invites to this Party

This track was the epitome of the latter.

Since this was going to be the last track for the game, I decided to be selfish. I wanted to push the energy and “danceability” of it a bit more and see what I came up with.

The original ideas for the track came quickly. This was one of the rare instances where plunkering around on the keyboard turned into a starting idea. Pair that with some harmony inspired by “Harder Better, Faster, Stronger” by Daft Punk, and I had the basic song made in a pretty short amount of time.

You can hear the foundation is laid but it’s pretty stagnant. The Nadeo team heard the potential this track had as well and told me to pursue it. So the question became how to get rid of that stagnant quality?

The answer in this case was many regimented passes to add variation.

The ideas were there already, it was just a matter of transitioning from one to another or creating small moments of interest and generating forward motion.

It was a bit grueling at times, but I spent a couple days after the “foundation had been laid” going over every individual instrument and transition moment focusing on how to add variation throughout. In this way, I constantly chipped away at the track to arrive at the form that is currently in the game.

A few days after delivering the final tracks to the Ubisoft Nadeo team, they messaged me to ask if I was free to write a few more tracks. I was slated to start working on another title, but said if they could give me a long runway that I could work them in.

The other title was set in the historic middle east. This meant that my ears and thoughts were not in the realm of Trackmania when it was time to start writing again. Plus, I was writing on an extremely short deadline since I couldn’t start when originally asked.

I went through all the materials I had previously to get myself in the right frame of mind and went through the form I created for the last track, “No Invites to this Party” since the Nadeo team responded really well to it.

Now it was a matter of finding a direction to take since I had all the tools for getting there, compositionally speaking.

Right around that same time, Vulfpeck released The Joy of Music. The Job of Real Estate. And I was hooked (especially on “3 on E”). I've always enjoyed Vulfpeck even if our styles are very different, but respected the hell out of them, their musicianship and music.

Not only were they catchy, but their tracks and especially their bass lines were very “bouncy” with a lot of space (what I think of as funky pauses) within them. If you remember waaay back to Chassis, that bounciness was something I wanted to keep. So, I took that bouncy bass riff concept and ran with it to make the bass line for Cardboard Mustang and went from there.

At the same time, I picked up a custom poster my wife had been kind enough to design for my workspace. It was a chart of modal harmonies that I had wanted for the longest time to easily reference. The chorus for Cardboard Mustang uses a technique called modal modulation, and it was the first time I referenced this poster.

A big thank you to my wife, Stacy, for making this. 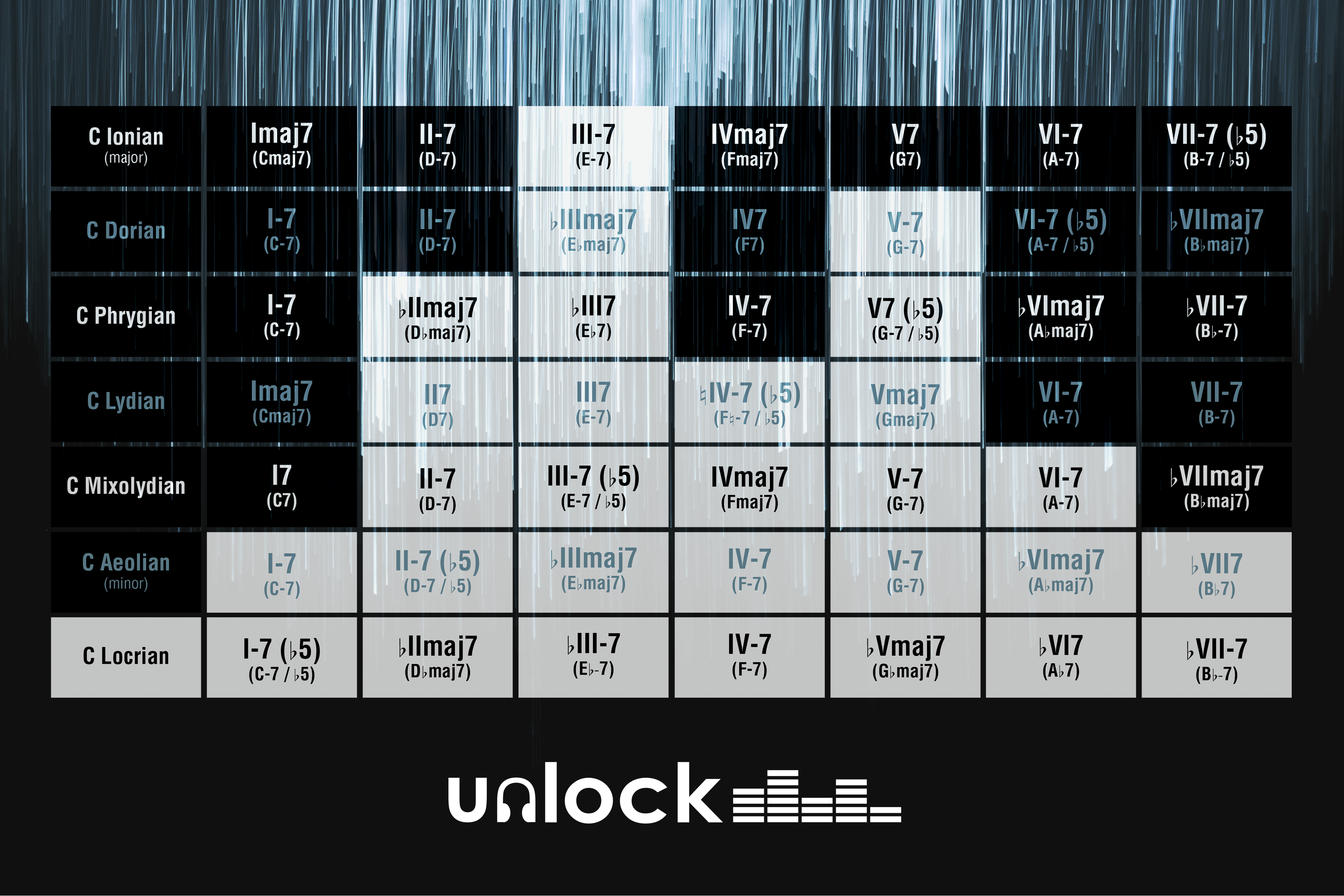 Luckily, I was now in a good headspace to generate more Trackmania-like ideas quick. And, due to the stay at home orders surrounding COVID, I had nothing but time to think. I recorded this the day after I sent in “Cardboard Mustang” very early in the day – with some help from my cat.

For some reason it sparked images of a John Belushi (blues brothers overtones maybe? I’m not sure) in a speak-easy during prohibition with someone at the piano playing as loud and fast as they could since they wanted to finish the song before the cops put a stop to everything. It was reckless and built on the feeling of speed but I had the hardest time figuring out the sound design to use for the riff and chords. After two whole days of worrying about that one sound, I had to move on.

I stuck a piano on it and went ahead writing the entire track with that speakeasy image in my head lamenting the whole time that at some point I had to go back and finish that one instrument design which could change ALL the other decisions I was making.

Eventually I realized there was nothing else I could give as an excuse. I had to work on that sound.

After another couple days of getting nowhere, I had the idea of going back to my original ideas, references and processes. I listened through Professor Kliq’s soundtracks to past Trackmania titles and appreciated all the amazing percussion work, loops and layers as well as his sound design.

In “Extra Cologne”, there’s a lead synth sound that fit exactly what I was thinking, though I still wanted to keep a more percussive sound. I ended up layering a similar synth along with that “placeholder piano.”

And with that, “Duct Tape, Take the Wheel” and the music for Trackmania was finished. 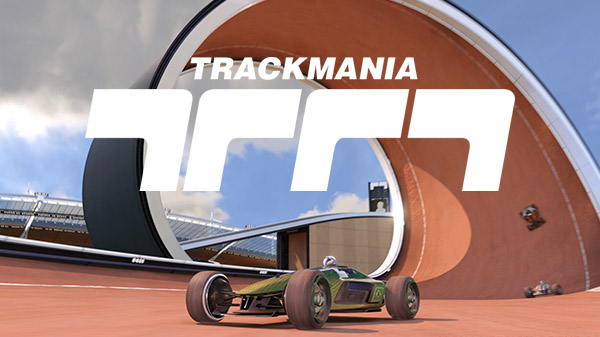 Looking back, it’s amazing to think about all the influences that inspired this music and what I remember most vividly about each track.

Regardless, I will never forget this experience and hope my contribution to the Trackmania series lives up to the caliber of all the other fine musicians who have graced it’s soundtrack.

Elliot Callighan is a composer and sound designer, and the owner of Unlock Audio. He also teaches as adjunct faculty in the film and game programs at DePaul University in Chicago.

Be sure to check out Unlock Audio and stay in touch. Want to reach out? [email protected]