Why you shouldn't care what other people think, unless you actually should in which case totally do that. I didn't though.
Matthew Bentley
Blogger
December 06, 2019

Back in 2018 I moved to a new flat. Unfortunately it was beside a road where, every friday night, boy racers would zoom past at about 11:30pm, waking me up. Because of this, and because the insulation in the house was poor, I started going to the studio every weekend and sleeping over there. I found I got a lot more creative late at night, and for a year or so I basically brainstormed tunes, themes, ideas and motifs, without trying explicitly to put anything into order.

It was a good time, but eventually I got bored of it. Some themes were obviously things I wanted to turn into songs, but most, like this one:

didn't seem to have any special place as a song - no momentum, or need for closure implicit within the tune itself. They wouldn't work as standalone pieces - but they would work as soundtrack pieces! So after another half a year of toying with all these different ideas, I decided to turn most of it into a soundtrack for a new mod - specifically, an HD mod of the acclaimed Quake mod, Arcane Dimensions. A meta-mod, if you will.

The weird thing is that people have Very specific ideas about what kinds of music work with Quake. Specifically, they mean a very narrow field of 1990's pseudo-industrial rock/and/or/ambient work. It's a bit bleak, and ugly to work with, overall. I don't mind a bit of that stuff, but it doesn't really fit a lot of Quake.

Most of Quake's setting is medieval/fantasy/cthullu-themed, and doesn't suit the high-tension shredded guitars of the original soundtrack. The Action certainly does, but not the Environment. So in considering Arcane Dimensions - where every level is it's own, separately-themed 'dimension' - I was able to think outside the conventional quake soundtrack motif and explore more adjacent territory.

Territory such as electronica, for the scifi-themed areas - ambient work for the more atmospheric, ethereal levels - and work with more gothic, melodic overtones for the darker, high-fantasy-type areas. I'm pretty happy with the result. Some people would say a 3 hour soundtrack for a mod is overkill. I say, shuddup, I'll do what I want because you're not paying me anything.


In all seriousness though, I wanted each level to have roughly enough music to loop 3 times before the level is finished - and because most levels in Arcane Dimensions are 35 minutes long, in general I had about 12 minutes of music per level (though it varied significantly). The game in total has about 9 hours of gameplay, at least from my playthrough, and the last thing I want is for the player to get irritated with the music before the level is over.

You might be asking, well, what did I not learn? How on earth does all this tie into the title? Well, it doesn't really. Or does it? What I didn't learn:

1. Gamers are always picky. No matter how much time and effort you put into something, player will always demand something that meets their immediate expectation - and the longer they've been acquainted with a given game, the more specific their expectations are. I did not meet those expectations. I was proud not to. While it's somewhat suicidal to publicly announce something fairly dissimilar to the original experience to a bunch of hardcore players, you don't have to look too far afield to find players who aren't really interested in the original experience - something Blizzard should've thought about when establishing the mobile version of Diablo. So that was a lesson I definitely Did Not learn.

2. People will never fully appreciate what you do. Since I kept a fairly detailed dev diary over the 6 months as I developed the mod, I made sure the reading public fully knew everything that went into working on this game, including the personal sacrifice, the labour, the occasional nightmares (it *is* quake, after all) and above all, the time. I guess because I did Such a good job of making sure everyone knew what I was doing, I definitely Did Not learn that people will never fully appreciate what you do. I made sure of it.

3. The fans are always right. My experience of developing the Quake Epsilon HD build and expansions in general has been that the rabid fans of a given game are usually hardcore into the original experience and have little time for either cosmetic upgrades or anything that steps outside of that experience. However the mod tends to attract those who never really gave a crap about Quake originally and/or weren't born in that era - they Like the updated, more HD graphics. They find high-fidelity lighting more atmospheric. They Don't dig blocky pixels and polygonal monsters. And so my mod built a wave of new fans that were nothing like the OG fans of Quake. So I didn't learn that lesson neither.

4. You should always listen to those more experienced than you. While I have great respect for the abilities of many modders, after a while of being in that environment I realised they weren't all doing it for altruistic reasons - to give. A lot of them were doing it because the respect made them feel higher up than others. Being a fairly tall-poppy-syndrome type guy (common in my homeland), I really didn't give a crap about that. So a lot of the advice I was given, I ignored, and ultimately that has made all the difference. Because I stuck it out with whatever felt right to me, and in the end, enough others felt the same that it didn't matter. So sadly, I have never learned that lesson either.

Despite my learning disability here, to date the Epsilon build and it's expansions, across all the different versions, have been downloaded hundreds of thousands of times (possibly more if you count the torrent downloads, which are untrackable). That's a lot of happy people. While Arcane Dimensions HD is my swan-song, spanning music from across my entire career, and taking far more time than it really should've, hopefully it makes people happy, and if it does, then I don't regret the journey. I don't regret the lessons I refuse to learn. 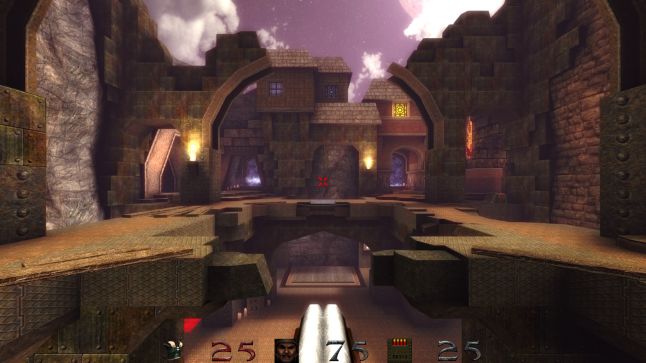 Matt composes music for games and other projects, and someday, if he is good, will become a real boy.