This week's roundup includes a look at the long, long-awaited Shenmue 3, a book of poetry about Super Mario World, a great video on loneliness in games, Disco Elysium, Vader Immortal, and so much more.
Simon Carless
Blogger
November 30, 2019 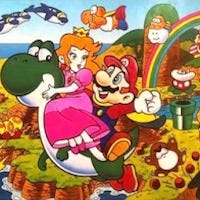 This week's roundup includes a look at the long, long-awaited Shenmue 3, a book of poetry about Super Mario World, a great video on loneliness in games, Disco Elysium, Vader Immortal, and so much more. Hope you dig it all!

Steam's discoverability strides & Steam Labs (Simon Carless / Game Discoverability Now! / Substack - ARTICLE)
"With all the sourness about Steam and game discoverability that’s sometimes going on, I did want to note that I - personally - feel like the company is making an effort recently. This post by Valve’s Alden Kroll - published in early October - about Steamworks improvements lists a bunch of the changes, Steam Labs being one of the most notable."

'It's cool now': why Dungeons & Dragons is casting its spell again (Keith Stuart / The Guardian - ARTICLE)
"Originally released in 1974, Dungeons & Dragons is having what we now call “a moment”. The company behind the game, Wizards of the Coast, which bought the rights from original creator TSR, estimates that there are currently 40 million players worldwide, with new starters up 25% year on year, as its popularity grows and rules are translated into new languages."

17 reasons to be thankful in games (Brendan Caldwell / RockPaperShotgun - ARTICLE)
"I do recognise the emotional benefit of reflection, which is what this questionable holiday is all about. Being thankful. There are many small things we videogamers take for granted, the stuff you don’t even think about. But tiny “quality of life” things still deserve a grateful thumbs-up. Here are 17 things to be thankful for in games."

Shenmue 3: a review (Andy Kelly / PC Gamer - ARTICLE)
"It's an ideal setting for a Shenmue game, a series famous for its languid, aggressively deliberate pacing. This is a game as slow and meandering as the old man strolling through Bailu's marketplace deciding which kind of steamed bun to have for lunch. And the village's steadfast resistance to a changing world, to the creep of modernisation, neatly reflects Shenmue 3 itself."

The NES console was discontinued in 1995. These developers are still making games for it. (Luke Winkie / Washington Post - ARTICLE)
"It’s the sort of thing you’d expect to see gathering dust on the back shelf of a vintage game store. But Micro Mages was released last year, nearly 25 years after the last NES was manufactured, thanks to a crop of game developers refusing to let these classic consoles die."

Artificial Loneliness (Jacob Geller / YouTube - ARTICLE)
"I slept as never before, a stone on the river bed, nothing between me and the white fire of the stars but my thoughts, and they floated light as moths. [SIMON'S NOTE: spectaaacular video on being lonely in video games.]"

Disco Elysium offers a dark mirror to my mid-life crisis (Alec Meer / RockPaperShotgun - ARTICLE)
"In the yard below, a corpse hangs from a pine tree. I can’t stand the stench. So I venture a few bolder things. About violent protest. About communism. About workers. It scares me. I don’t know where it leads to. I don’t know what I really believe, but I want to believe in something. Maybe it will make the bough bend a little."

Are indie games too cheap? (Alex Wiltshire / PC Gamer - ARTICLE)
"Gunpoint and Heat Signature sit squarely in the standard pricing for indie games on Steam. But if Heat Signature only gained Steamspy's average number of sales, it would have netted Francis a loss. He spent $260,000 on its production, including paying an artist, a programmer and for music, and after Steam's cut, Francis would have a $43,000 overdraft to show for four years' work."

‘Ring Fit Adventure’ Treats All Exercise the Same, and That's a Problem (Patrick Klepek / VICE - ARTICLE)
"Running a meaningful distance requires understanding of proper breathing techniques and a certain amount of endurance, so when I started playing Ring Fit Adventure, I ramped up the difficulty, figuring it would be necessary for the game to make a dent. The problem? Ring Fit Adventure treats difficulty universally, which means every exercise is suddenly set to hard."

The Human Side of Those Who Cheat at and Hack Games (Aimee Hart / EGM Now - ARTICLE)
"What about cheating is so appealing in the first place? Was it the faux-strength that came with dominating other players, or was it something else entirely? After all, surely it couldn’t be called an accomplishment to win over other players while having an unfair advantage. It was a conundrum that I was determined to solve."

How developers left violent combat behind to create kinder games (Malindy Hetfield / Eurogamer - ARTICLE)
"But with the years, whether that's due to hyper-realistic styles making the violence in games seem more gruesome than ever, or simply out of a need for more gentleness in an increasingly relentless world, the number of games that re-think combat or forego it altogether has risen. I've been speaking to the developers of several upcoming games to ask them why they've started to look for alternatives."

The $0 Marketing Game Guide (Victoria Tran / Medium - ARTICLE)
"Let’s talk a little about the strategies we use at Kitfox. For some context (and you can understand what resources we have/do not) — we’re a team of 9, released 5 games, developing 2, and publishing 2 more. It’s my full time job to do the community, PR, events, marketing, social, etc. Tanya, our captain, helps out with marketing and any key decisions."

Vader Immortal is what a ‘theme park film’ actually looks like, and it’s great (Adi Robertson / The Verge - ARTICLE)
"Vader Immortal can’t make you literally feel the burn of Mustafar’s lava. On the other hand, Void experiences like Secrets of the Empire are short mini-stories built for groups. Vader Immortal is about the length of a feature film, and its narrative is the kind of bizarro mystical hero’s journey that made people fall in love with Star Wars in the first place."

What Does A Healthy Publisher/Developer Relationship Looks Like (With Real Contract Details!) (Ryan Sumo / Gamasutra Blogs - ARTICLE)
"Publisher and developer relations have always been fraught with peril.  There is a natural imbalance that occurs when a much more experienced entity with capital deals with a financially naive developer that wants to put their art out into the wider world. Recent news has borne this out, as I have heard of another publisher mistreating or wilfully misleading a developer."

No Players Online has a second, secret phase. Sorry you missed it. (Mikhail Klimentov / Washington Post - ARTICLE)
"No Players Online is a tough game to review for two key reasons. First, there’s nothing stopping you, the reader, from playing and beating the game right now, in the next 20 minutes. I would encourage you to do just that. Play it and make up your own mind."

Games of the Decade: Spelunky is an endless, mechanically perfect remix (John Hicks / Eurogamer - ARTICLE)
"In hindsight, and with all apologies, Spelunky is like smoking. I got into it in part because it's what all the cool kids were doing at the time. It was embarrassingly easy to get wrong at first, but quickly became a soothing, easily-consumed daily habit. [SIMON'S NOTE: part of a massive Games Of The Decade set of features!]"

10 lovely-looking indie games to look out for in 2020 (Colin Campbell / Polygon - ARTICLE)
"Every year, an event called Day of the Devs in San Francisco showcases some of the most promising indie games currently in development. This year, the event’s seventh, was no exception. The dozens of games on display show how indie gaming remains a source of originality and artistry."

The Second Life That Wasn't (Mark Hill / EGM Now - ARTICLE)
"The books are time capsules of the hopes of dozens of SL users and Linden staff interviewed for them, and looking back on them today reveals a medley of the mundane, overoptimistic, and insane. There are predictions of long term government and media presence mixed with basic etiquette tips mixed with a look at Second Life’s sex work community."