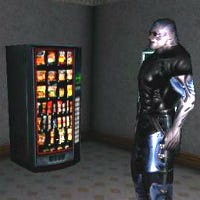 In particular, I was taken by that piece on the success of Lineage 2: Revolution for mobile - $176 million in a month in South Korea alone? Wow. It's a good reminder that when franchises have fans - and Lineage is gaming royalty in Korea - then startling things can happen.

Oh, and FYI - we opened up registration for our standalone Virtual Reality Developers Conference this week - happening this September in San Francisco. We've added board members from ILMxLAB and HTC to a stellar set of advisors from Valve, Oculus, Sony, Magic Leap, Microsoft & more. Lots going on in the VR, AR, and mixed reality space, and it's good to have a truly platform-independent show to explore it...

Highlighting History's First Female Game Designers (Manon Hume / Game Informer)
"Though it might be difficult today to imagine Uncharted without Amy Hennig or Journey without Robin Hunicke, women in the early days of video games rarely had their time in the limelight. Carol Shaw and Dona Bailey, creators of River Raid and Centipede respectively, were two of the first female game designers in video game history, yet their contributions have often been overlooked… Until now."

Building Worlds in No Man's Sky Using Math(s) (Sean Murray / GDC / YouTube)
"No Man's Sky is a science fiction game set in a near infinite procedurally generated universe. In this 2017 GDC talk, Hello Games' Sean Murray describes some of the most important technologies and interesting challenges behind generating both realistic and alien terrains without artistic input, using mathematics."

College Esports Programs Are Growing, But Can They Field a Winning Team? (Will Partin / Glixel)
"The doors to University of Nevada Las Vegas’ Cox Arena and Pavilion open at 12, and every seat inside is filled by 12:30. If it weren't for the occasional StarCraft cosplayer or the elaborate apparatus of club lighting enveloping the stage, you could be forgiven for mistaking Heroes of the Dorm for a division one basketball game."

Making Horizon Zero Dawn's Machines feel like living creatures (Willie Clark / Gamasutra)
"One of the most memorable features of the recent PlayStation 4 title Horizon Zero Dawn are the sophisticated robots, known as Machines, that wander the game world like a natural part of the landscape. How were these distinctive robot/creatures conceived of and designed? We talked with several devs from Guerrilla Games, the studio behind HZD, to see just what went into the making of the Machines."

Persona 5 deserved better: a translator's take on a subpar script (Molly Lee / Polygon)
"I found myself mentally rewriting A LOT of Persona 5. What should be a gripping tale of outcast kids became an outright chore to parse … and I was barely a few hours in. The start of every game is the part that's meant to hook you."

The 15 year quest to mod the mainland into The Elder Scrolls III: Morrowind (Luke Winkie / PC Gamer)
"It has been said that everyone’s favorite Bethesda game is the first one they play, as if stepping into that freedom for the first time is far more powerful and resonant than any prospective gameplay upgrades or graphical bumps. There’s probably no better proof than the community at Tamriel Rebuilt—a mod that’s been in development since Morrowind’s original release date."

A No Bullshit Conversation With The Authors Behind The Witcher and Metro 2033 (Piotr Bajda / Waypoint)
"Witcher novelist Andrzej Sapkowski says he doesn't owe games anything, but Metro 2033 author Dmitry Glukhovsky thinks games made them both."

Unleashing the Benefits of Coviewing With Minecraft Videos (Matthew Farber / Joan Ganz Cooney Center)
"Both Minecraft and YouTube are ubiquitous in today’s children’s media culture. And like millions of other children, my six-year-old son loves to watch Minecraft videos on YouTube. He frequently watches Grian’s how-to-build-it Minecraft videos. He enjoys the silly antics from Pat and Jen of Gaming with Jen, the husband-and-wife team who produce PopularMMOs. And he loves Stampy Cat—but more on Stampy later."

SU&SD Presents: British Board Games 1800-1920, By Holly Nielsen (Holly Nielsen / Shut Up & Sit Down)
"Continuing our collection of talks filmed during the V&A’s Board Game Study Day, here’s 15 minutes from journalist and historian Holly Nielsen on the hilarious, horrifying history of British board games."

Steam games in China: Making the most of a lucrative opportunity (Chris Priestman / Gamasutra)
"There are now over 15 million Steam users based in China (according to SteamSpy). That makes it the country with the third largest number of Steam account holders, behind only Russia and the USA. Numbers like that should be enough to convince any game developer to make efforts to appeal to the Chinese audience. Yet many don’t."

How Ghosts ’N Goblins helped video games find comedy in failure (Anthony John Agnello / AV Club)
"Most games tried to lighten up your failure to soothe the loss. Pac-Man touches a ghost, the music stops, and the game bloops as the little semicircle winks out of existence, vanishing with the last of your extra lives. The sounds are disappointing in tone but fun in execution, enough to make another quarter seem worth it. And in 1985, Ghosts ’N Goblins made failure infuriating but also hilarious, giving video games their very own comedic language."

"Creating an MMORPG that anyone can play": The making of Lineage 2 Revolution (Matt Suckley / PocketGamer.biz)
"It's safe to say that Lineage 2 Revolution has been a huge success for Netmarble. On the face of it, this hardcore MMORPG based on a PC title is one that caters to a relatively niche audience. But despite only being available in South Korea, the game hit $100 million in revenues within 18 days - $176 million in a month - powering its developer to an 81% leap in profits."

Clark Tank: Steam user review changes and SimAirport! (Ryan Clark / YouTube)
"I'm veteran indie game developer Ryan Clark, and this is the Clark Tank! Every second Friday at 1pm Pacific time we stay on top of the latest game industry trends by examining the Steam top 50, scrutinizing the latest Kickstarted games, and by playing the most prominent recent releases. [SIMON'S NOTE: this is the second YouTube stream compilation, and is still catching up, but the commentary and analysis in here is still super helpful for devs & interesting to others!]"

From Squadron To Ringleader (Jimmy Maher / The Digital Antiquarian)
"European developers remained European, American developers remained American, and the days of a truly globalized games industry remained far in the future. The exceptions to these rules stand out all the more thanks to their rarity. And one of these notable exceptions was Chris Roberts, the young man who would change Origin Systems forever."

The Virtual Life – The Unsettling Humanity Of Nina Freeman's Kimmy (Javy Gwaltney / Game Informer)
"Kimmy is a different kind of game from the rest of developer Nina Freeman’s works. Freeman, who now works at Fullbright as a designer on Tacoma, has released a number of personal vignette-like games throughout her career."

The Metal World: Horizon Zero Dawn (Matt Margini / Heterotopias)
"In the sleepy suburb of Sydenham, south-east of London, the statues of the Crystal Palace Dinosaur Park stand watch over nothing in particular. By today’s standards they look hilariously inaccurate: the Iguanodon is little more than a fat alligator, while the Megalosaurus looks like one of No Man’s Sky’s misshapen dog-like quadrupeds. [SIMON'S NOTE: watch out for Heterotopias, it's a super-promising new outlet about game worlds - its first zine was in my recent Storybundle, and more zines & more web-exclusive articles are coming!]"

Classic Game Postmortem: Deus Ex (Warren Spector / GDC / YouTube)
"In this 2017 GDC postmortem, acclaimed game designer Warren Spector walks through the development of the 2000 hit game Deus Ex and reflects on some of the key lessons from launching the critically-acclaimed immersive sim."

The Field of Dreams Approach: On Writing About Video Games (Graham Oliver / Electric Lit)
"Every year, more and more great essays are published on literary sites concerning video games. In the past year I’ve especially loved entries like Janet Frishberg’s “On Playing Games, Productivity, and Right Livelihood,”Joseph Spece’s “A Harvest of Ice,” and Adam Fleming Petty’s “The Spatial Poetics of Nintendo: Architecture, Dennis Cooper, and Video Games.” But for each great essay there are a handful of others written like apologies, seemingly perennial pleas to take video games seriously as a form of meaningful narrative."

Meet the most honest man in EVE Online (Steven Messner / PC Gamer)
"When you're the most trusted person in EVE Online, your reputation has a way of preceding you. For years, the name 'Chribba' felt like an urban legend to me—a man you can trust in a galaxy where the first rule is to trust no one. Inside the Harpa convention center in downtown Reykjavik, I meet Chribba amid the bustle of players gathering for EVE Online's annual Fanfest."

How An Offbeat Video Game Got 100 Japanese Bands To Write Its Soundtrack (Jared Newman / Fast Company)
"Let It Die is a game about a mysterious tower in post-apocalyptic Tokyo, where players control an emotionless, reanimated corpse, and are guided by a cheery, skateboard-riding grim reaper named Uncle Death. Strange as that sounds, the story behind Let It Die‘s soundtrack is even more unusual."