This week's highlights include an update on Capy's much-discussed Below, how Valve gets you to look up in their first-person shooters, and lots more.
Simon Carless
Blogger
April 16, 2018 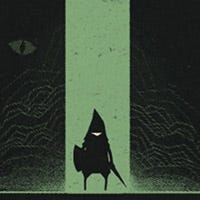 This week's highlights include an update on Capy's much-discussed Below, how Valve gets you to look up in their first-person shooters, and lots more.

This week, it's mainly been about launching the Retro Wonders Game Storybundle for me - another one of those twice-yearly eBook bundles I help to curate to get more excellent longform writing about video games out there.

This one includes exclusive eBooks on Hideo Kojima's 'lost classic' horror title P.T., on the Doom franchise's seminal start and triumphant 2016 return, and on unlikely gems for the Atari 2600/VCS (including, yes, E.T the Extra Terrestrial). Plus an amazing and overlooked book on the history of Xbox - extracted below - from veteran writer Rusel DeMaria. Go check 'em out if you have a chance - and Video Game History Foundation is the optional charity.

Early Access without Steam? (Martin Nerurkar / Gamasutra Blogs - ARTICLE)
"For most people Early Access is synonymous with Steam. But with me being a solo-developer and Steam being such a big and important marketplace, I did not want to start with my game there. So instead, I launched Nowhere Prophet on itch.io. Now, 6 months later I can say it was the right decision."

Dwarf Fortress: What Happens When It Becomes A Game? (On Doubt / YouTube - VIDEO)
"Zach and Tarn Adams, creators of Dwarf Fortress, talk about developing their game for over 15 years - including various personal and professional topics."

You Can't Put Gameplay On The Box (Raycevick / YouTube - VIDEO)
"[SIMON'S NOTE: another interesting analysis video from the YouTube longform favorite, discussing games that are way better in practice than the pitch for them actually suggests - for example The Club, "an oddly compelling proof of concept".]"

GDC Wrap-up Part 2: Screenshot Theory (Spring 2018) (Adam Saltsman / Fallout - ARTICLE)
"So screenshot theory basically says this: the better our screenshots are, the easier our marketing is going to be, and the better the game will be for players. But what does a “good” screenshot actually do? Just “be better” isn’t exactly actionable, is it. How does a good screenshot function? What goals are we trying to achieve with it?"

Why Can't Hollywood Make A Good Video Game Movie (Shelly Tan / Washington Post - INTERACTIVE ARTICLE)
"Where in the world are the good video game movies? There have been 35 major Hollywood live-action films based on video games, and only the latest addition, “Rampage,” starring Dwayne Johnson, has done better than 50 percent on Rotten Tomatoes. [SIMON'S NOTE: super fun formatting for this piece.]"

How Valve Gets You to Look at the Ceiling (Nathan Scott / Breakdown / YouTube - VIDEO)
"People are bad at looking up. [SIMON'S NOTE: literally just a video about looking up in Valve games. And it's really interesting. Weird.]"

Ultraviolent Flash Games After 9/11 (Abby Denton / Zeal - ARTICLE)
"This conflict, termed a foreverwar by some commentators, marks the first time video games were factored into a country’s wartime propaganda efforts... Contemporary amateur microgames, underfunded and independent, were another beast entirely, and in the long run they may have more to say about the spirit of the times."

Navigating ancient tombs and a strained friendship In the Valley of Gods (Philippa Warr / PC Gamer - ARTICLE)
"Campo Santo - the studio behind the contemplative forest experience Firewatch - is swapping tinder-dry trees and Wyoming fire lookout towers for ancient Egyptian tombs and early cinematography in its next game, In the Valley of Gods. Its announcement trailer offered a glimpse of a first-person adventure set deep in the Egyptian desert of the ’20s."

Falling Down the Puzzle Hunt Rabbit Hole (Michael Andersen / ARGNet - ARTICLE)
"“Puppy. Fried chicken. Puppy. Fried chicken. Aw, what a cute puppy!” A small group of people huddled together in a corner of an MIT classroom. As I rattled off proclamations of puppy-or-not-puppy, one fellow solver stared intently at the 20×20 grid of pictures to check my work while a third typed numbers into a grid to record our findings."

How The Makers Of Mafia III Lost Their Way (Jason Schreier / Kotaku - ARTICLE)
"In mid-2016, a few months before the release of their first game, Mafia III, the developers at Hangar 13 in Novato, California gathered for an all-hands meeting. There, according to two people in attendance, Christoph Hartmann, president of the game’s publisher, 2K, told employees that their bonuses would be tied to the game’s aggregate review score on Metacritic."

We Spent 54 Hours On A Train Full Of Video Game Programmers (VICE News / YouTube - VIDEO)
"Do you like videogames? Do you like trains? How about both? If you answered ‘yes’ to the above (and you know how to program), then Train Jam just might be for you. The idea is simple: get on a train in Chicago, and in the 54 hours it takes you to get to San Francisco, program a video game from start to finish."

Why Below has taken half a decade to make (Wesley Yin-Poole / Eurogamer - ARTICLE)
"Clearly, Capy has run up against significant challenges in the development of Below. As Vella tells me, no-one wants to delay a video game, and no-one wants to spend half a decade making one. But what kind of challenges has the team faced? In short, why has Below taken so long?"

How Xbox Got Its Start - And Its Name (Rusel DeMaria / Gamasutra - ARTICLE)
"According to Otto Berkes, who in the late 1990s was in charge of DirectX and OpenGL development at Microsoft, it all started with some hallway conversations he had with DirectX evangelist Ted Hase. Berkes and Hase were musing about the future and potential of DirectX as a platform. “The conversations naturally led to looking at the console market… looking at it through the lens of business, technology and the developer ecosystem. You know, at that time, Sony was in its ascendancy. PlayStation was the hot new thing.”"

Pixels In Print (Part 1): The First Arcade Video Game Ads (Kate Willaert / Video Game History Foundation - ARTICLE)
"How do you market video games to a world that’s never heard of them? This was the challenge faced by the pioneers who turned video games into an industry. There was no established audience, no established template, and no established language for advertising this technology. The first marketers of video game had to make it up as they went along."

'God of War' Triumphs Because It Confronts Its Own Bloody Legacy (Patrick Klepek / Waypoint - ARTICLE)
"Kratos has always been a sad, unlikable asshole, but in giving him something to live for—a son who questions his decisions, his violence—he's finally given a real test. [SIMON'S NOTE: people seem to really like this game! Here's a typically brilliant/out-there Tim Rogers video review too.]"

The art of flavour text (Alex Wiltshire / PC Gamer - ARTICLE)
"Flavour text is part of a game and yet not part of it. It sits on the sidelines and it's also fundamental to your understanding of the game. And it's everywhere, from 4X strategy games to action RPGs, first-person shooters to collectible card games."

On Authorial Intent and Getting Over It with Bennett Foddy (Humans Of Gaming  - PODCAST)
"This week developer, philosopher, and professor Bennett Foddy joins Drew and Chris to talk about the de-humanization of indie games, the consideration of authorial intent, and the philosophical reason to make art. [SIMON'S NOTE: the return of this podcast also includes another couple of episodes so far, about Night In The Woods & Christian board games (!).]

Not Just Nostalgia: The NES Homebrew Scene (David Buck / Tedium - ARTICLE)
"Today’s Tedium seeks to explore this corner of NES history and the creation of NES games over 20 years after the end of the system’s commercial life."

Why the games media has a diversity problem - this website especially (Keza MacDonald / Eurogamer - ARTICLE)
"I'm not here to argue why games websites should publish more women, because it is demeaning to have to argue in favour of my own existence, and that of people like me. The benefits of a diverse workforce, in media as elsewhere, are well-established. Instead, I want to talk about how they could."

Classic Game Postmortem: Sonic the Hedgehog (Naoto Ohshima & Hirokazu Yasuhara / GDC / YouTube - VIDEO)
"In this 2018 GDC session, Naoto Ohshima & Hirokazu Yasuhara, two of the minds behind the original Sonic the Hedgehog, discuss their perspectives on the creation of the seminal game franchise, including detailed recollections of the game's original design process and art direction."

The creators of Spelunky and Getting Over It talk about Sexy Hiking and 'B-games' (Jody Macgregor / PC Gamer - ARTICLE)
"Jazzuo released a string of B-grade games online, small and ugly and odd things with control schemes that seemed designed by aliens. While rarely remembered today, they were an important influence on the indie games that would follow—most obviously Sexy Hiking's spiritual sequel Getting Over It with Bennett Foddy."