Video Game Deep Cuts: A Loom-ing Night In The Woods

This week's Video Game Deep Cuts include everything from A Night In The Woods' cartoon realism to a history of Loom, and much more.
Simon Carless
Blogger
February 20, 2017 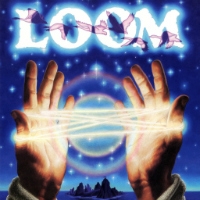 [Video Game Deep Cuts is a weekly newsletter from curator/video game industry veteran Simon Carless, rounding up the best longread & standout articles & videos about games, every weekend. This week's highlights include A Night In The Woods' cartoon realism, a history of Loom, and much more.

Well, it's almost GDC time (latest announces here), so next week's Video Game Deep Cuts will be the final one before the show. Then the weekend after that may turn into a 'Game Developers Conference 2017 highlights' joint, because I may be a BIT too busy to find new links that week, heh. BTW, while you're waiting for the show, read up on this year's IGF finalists and with alt.ctrl.GDC exhibitors via the linked Gamasutra interview series.

Why road-building in Cities: Skylines is a pleasure (Alex Wiltshire / RockPaperShotgun)
"Cities: Skylines is a sim that feels uncommonly alive and reactive to your planning... They may walk or take a bus or train, but you’ll mostly notice them driving, creating traffic which fundamentally represents the health of your city, a pulsing network that’s driven by Cities: Skylines’ beating heart."

'Metacritic' Still Matters, But For How Long? (Chris Baker / Glixel)
"Marc Doyle was headed off for a weekend getaway in Santa Barbara with some of his old college buddies when he received the news that the Washington Post's critic did not enjoy the video game Uncharted 4: A Thief's End."

Coming to Video Games Near You: Depressed Towns, Dead-End Characters (Laura Hudson / New York Times)
"In the coming video game Night in the Woods, a young woman named Mae decides to drop out of college and return to the former mining town where she grew up. It’s a place where there is little opportunity and most people are struggling to make ends meet."

How to Make the Best of Working on Licensed Video Games (Patrick Klepek / Waypoint)
"Bowler is used to games with unique challenges; after shipping Game Party Champions, he was seen as someone who could shepherd others like it to the finish line. It's how he ended up as lead designer on a mobile tie-in game for Zack Snyder's Superman reboot, Man of Steel."

Why Yakuza 0 is a Masterclass in Managing Tone (Writing On Games / YouTube)
"Yakuza 0 is a wildly dissonant experience, swinging violently between super-serious gangster intrigue, slapstick violence and over-the-top melodrama. It's the absolute best. In this episode of Writing on Games, I analyse why embracing this dissonance allows the game to tell more human stories."

Direction (Rob Fearon)
"We are in times where games are in abundance. I wrote about this a few weeks back and I think it’s (hopefully) a useful primer for understanding why Valve are doing what they’re doing. We’ve gone from not many games being sold under our noses to lots of games."

What do developers and publishers really think of SteamSpy? (Ben Barrett / PCGamesN)
"It’s constantly referenced by players, journalists, publishers and developers for a variety of reasons - but how accurate is it versus Steam’s unpublished numbers? What do developers think of it, and the ways it’s used? Importantly, do they wish they could be removed from it?"

The long and troubled history of Apocalypse Now, the video game (Adi Robertson / The Verge)
"In late January, an exciting and unlikely project showed up on the crowdfunding platform Kickstarter: a request for $900,000 to make a video game adaptation of Apocalypse Now, officially blessed by the film’s director Francis Ford Coppola."

Bonchan Looks Back on His Rise in eSports Unfold (Mike Stubbsy / Red Bull eSports)
"Bonchan’s Street Fighter origin story is one of the most unusual we’ve heard yet. As he tells us in the latest episode of eSports Unfold, back when Street Fighter was on something of a hiatus, Bonchan met up with a legend of the scene, and quickly rose to the top when things started to pick up."

The Gamer Motivation Profile: Model and Findings (Nick Yee / GDC / YouTube)
"In this 2016 GDC session, Quantic Foundry's Nick Yee presents the results of a global survey that help inform game developers about the different motivations of players, showing the different types of potential customer that exist in the video game market."

Game Director Ion Hazzikostas Explains Blizzard’s Newest Experiment, the 'WoW' Token (Heather Newman / Glixel)
""It’s kind of my baby," Ion Hazzikostas says about the WoW token. Though he's now WoW's game director, Hazzikostas has worked on the initiative since its inception. Here, he talks with Glixel about how the death of the Diablo RMAH made the WoW token possible, what people have been spending it on, and its impact on gold farming."

How Chicago's Overlooked Video Game Creators Scored an Extra Life (Sam Greszes / Thrillist)
"Yes, dear Chicagoans, your humble hometown, the Second City, the City of Broad Shoulders, the Many-Nicknamed City That Is Barely Habitable Eight Months Out of the Year, deserves some recognition when it comes to gaming. It doesn’t get as much credit as the tech havens on both sides of the Pacific Ocean, it really is at the forefront of video game development -- and has been for years."

Metacritic's 7th Annual Game Publisher Rankings (Jason Dietz / Metacritic)
"Which game publishers released the best games last year? For the seventh straight year, we have sifted through 12 months of data to determine the best and worst game publishers of the year, based solely on the quality of their 2016 releases. [SIMON'S NOTE: I find this a little bizarre, but it's certainly interesting to peruse!]"

Loom (or, how Brian Moriarty Proved That Less is Sometimes More) (Jimmy Maher / The Digital Antiquarian)
"In April of 1988, Brian Moriarty of Infocom flew from the East Coast to the West to attend the first ever Computer Game Developers Conference. Hard-pressed from below by the slowing sales of their text adventures and from above by parent company Activision’s ever more demanding management, Infocom didn’t have the money to pay for Moriarty’s trip."

For Honor's mastermind: "My greatest fear was that I would die before I could share this with the world" (Wouter McDutch / GamesRadar)
"According to Jason VandenBerghe, creative director on Ubisoft’s For Honor, there are only a handful of lucky developers who get to create the game of their dreams. It took him almost ten years to get the vision he had for For Honor greenlit and the game has since been in development for almost five."

Art Of The Title: Doom (2016) (Will Perkins / Art Of The Title)
"DOOM’s end credits are the perfect coda for that kind of gameplay experience. A four-minute reprise of the player’s gib-filled journey, the title sequence is a hard rockin’, shotgun-blasting, demon-dismembering battle across Mars and into Hell itself."

The story of Warframe: how a game no publisher wanted found 26 million players (Tom Marks / PC Gamer)
"In early 2013, Digital Extremes finally released the free-to-play space-ninja shooter it had wanted to make for over 13 years, but that doesn’t mean it was a happy time for the studio. Every publisher with an opportunity to back Warframe had passed, and most even said outright it would fail."

Other Places: Hitman (Other Places / YouTube)
"Other Places is a series of short films celebrating beautiful videogame worlds. [SIMON'S NOTE: not writing, but certainly beautiful and a great idea - there's a whole YouTube channel of more if you like 'em.]"

Devs discuss the history and the future of so-called 'walking sims' (Jon Irwin / Gamasutra)
"In many games, walking around is just something we do before jumping over that wall or shooting that menacing enemy. But an increasing number of independent games are tamping down on feature-creep and reimagining how we consider putting one step in front of the other."