Soundscapes: What sound does to games and brains

Dynamic range and listening fatigue are concepts most don't think of when talking about games, but they play an important part in determining how long you can stand playing a game in a single sitting.
Peter Hasselstrom
Blogger
December 14, 2011

When a game is in development there is often a clear intent of whether the game is designed to be played in short bursts or in longer sessions. What you might not realize is that the audio of the game and especially the volume of all sounds have a big impact on whether the player will be able to handle longer play sessions or not.

It’s linked to something called dynamic range of sound. When anyone speaks of dynamic range in audio they talk about the difference between the volume of sounds. As an example, in the thick of battle in Modern Warfare there is a low dynamic range as all the sounds are about on the same level. Your gun is loud, people shouting are loud and the enemy is loud. An example of wide dynamic range would be the classic scene when the dogs jump through the windows for the first time in Resident Evil 1. Intentionally the scene has no music or ambient sounds which results in as much emotional impact as possible when, without warning, there is a sudden loud noise against the silent background.

Not all developers are aware of this, but there is an increasing amount who are. If when you start a game you have to turn up the volume in order to hear anything that’s an indication that the sound of the game might be designed with some thought behind it. Without quiet there can be no loud, so if the main menu and regular game sounds at a lower level there is headroom for the louder parts. You add dynamic range to the game. A perfect example of this is Skyrim where I have seen complaints from players about turning up the volume. Some games even give you the choice of the kind of sound dynamics you want, such as Gran Turismo 5 and the Uncharted games. If you pick full dynamic range in the audio options of those titles the volume will initially appear to be lower, but this is to accommodate the dynamic range that will make the sound scape more interesting and less fatiguing for your brain. 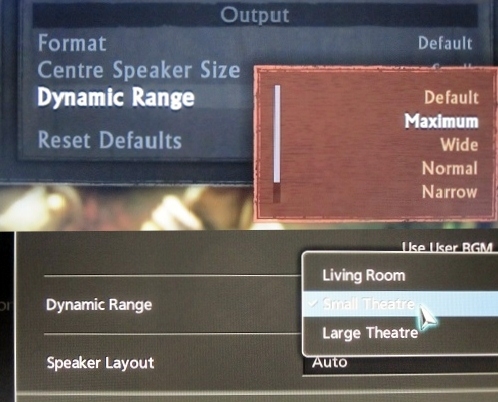 The dynamic range controls of Uncharted 2 and Gran Turismo 5

A fact most people don’t know of is that the average volume of music has been going up every decade and audio mixers and music enthusiasts are campaigning for lowering the volume to the levels we were at in the 80s or 90s. There’s a big article on Wikipedia about the “loudness war” as it’s called. With music, if you listen to something that is constantly at the same volume you suffer from listening fatigue. Unless you’re aware of it you might just interpret it as you having had enough for the moment or general tiredness.

What our brains want is dynamics. To keep things interesting and exciting you have to have the quiet parts, and if you’re creating an FPS you have to leave headroom in the mix for explosions or extra powerful weapons to be clearly louder than everything else. How much loudness your brain is able to handle without any breaks will vary depending on your mood and general fatigue. Even if it’s assumed that the player is fully awake it isn’t a good idea to have constant volume for more than 30-40 minutes as a CD length album is capable of creating a degree of listening fatigue. If a game is designed to only be played in short bursts then thinking about the volume isn’t as important. Having everything be as loud as possible is no problem if the player will only be doing 15-30 minute bursts of play. It’s when you want the player to have experiences of more than an hour that the volume becomes very important.

Mostly simply by following the drama curve of the game story the audio will automatically be designed with the dynamic highs and lows that our brains like. If the game however has a constant looping soundtrack with loud volume or if you pick your own soundtrack when replaying Skyrim then you could induce listener fatigue that way. Not only can looping music get boring to listen to by becoming too familiar with the song but it will also tire your brain due to the lack of dynamics. 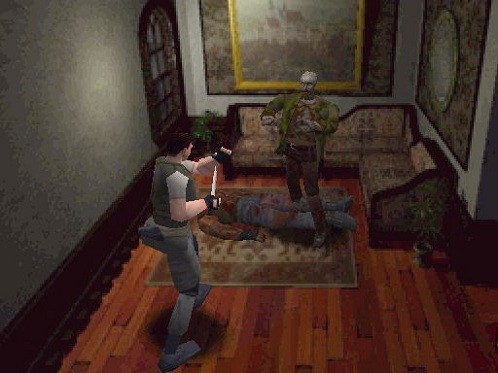 I’m not saying every game should sound like an orchestra with constant dramatic shifts, just that there is need to not only make sure audio is legible but dynamic. If you have a scene in a town square with bustling crowd noises certain elements of the audio should come and go and be clearly louder than other elements to make it more vibrant for the brain. It could be anything, from entertainers to just vehicles passing by. If the player decides to hang out for an hour the sound scape should not be fatiguing, unless of course you want the player to unconsciously want to get out of the square and on with the real quest as that would give relief to the numbing noise.

The genre that suffers the biggest risk of listening fatigue is racing games since the droning audio of a car even in real life can tire out a driver. I think EA has done a much better job at solving this problem than Codemasters have in their titles. When listening with headphones you can easily start suffering from listener fatigue in games like Dirt 3 or F1 2010/2011 while Need for Speed The Run does a much better job at keeping the listening experience dynamic. A couple of racing games that were intentionally designed to induce as much fatigue as possible are Shift 1 and 2. The controls are tricky, the visuals are extreme with blur, shaking camera and then there’s the audio blasting at max volume the entire race. The developers really didn’t make it possible to play that game for the same extended sessions as you might be used to from Forza and Gran Turismo series.  If you kept quitting the game after a few races, it wasn’t necessarily because the games were bad compared to others, they just caused sensory overload.

Whenever you in the future see options for dynamic range or room size in either games or your surround receiver remember that having as much dynamic range as possible will not only increase the emotional impact of the experience but keep your brain happy. In some situations you might not be able to blast your speakers at full volume and that’s why there are options for dynamic range on receivers to begin with. But for those times when you have the opportunity to enjoy a game with the volume cranked up see the dynamic range as your friend and not the enemy that makes you hold your hand over the volume knob all the time.