Plague, Inc. Evolved is a strategy game about wiping out humanity with a plague. I hate strategy games and disease, but I love this thing. Its use of pacing and tension craft a unique experience every time - a storytelling device unique to games.
Mary Lee Sauder
Blogger
December 22, 2014

And now, a selection of phrases I never thought I would say, which were uttered at the top of my voice while playing Plague, Inc. Evolved:

Sometimes games change you. I always thought I was a “shoot first, ask questions later” kind of gamer – the kind who prefers games with immediate action, quick decision-making, and vibrant environments. In real life, I’m also a pacifist and get extremely grossed out by anything even approaching blood and guts. So Plague, Inc. sounds like a laundry list of everything I hate – it’s a strategy game about trying to eradicate humanity with a mutating plague, represented entirely with static menus and maps. It punishes hasty actions, relying instead on careful planning and thinking ahead. But I love it. 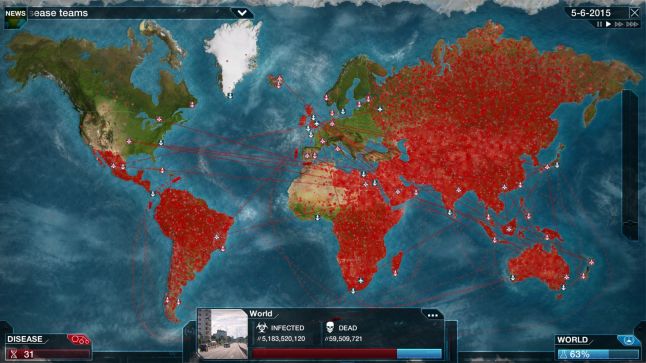 Plague, Inc. Evolved is a PC port/expansion of Plague, Inc. for mobile devices. It’s still in early access, but it’s got a robust campaign and plenty of side missions, plus it’s cheap and available on Steam. I first tried it out when the Game Grumps played it on their channel a few months ago. I found myself completely enraptured with the game even though I was just watching other people make red dots appear on a map. “How could something like this grab my attention so fiercely?” I thought. Something must be different about this game than all the other strategy titles that do nothing for me.

It turns out that the fast pace, combined with its masterful use of tension and release, elevates Plague, Inc. from just a plague simulator to a kind of strategic war between mankind and the forces that seek to destroy it. Its simplistic graphical interface doesn’t make me feel immersed in its world, but it makes up for that with mechanics that are so engaging, I couldn’t tear my eyes away even when I was just watching the Game Grumps play it.

And I know I go on about this a lot, but Plague, Inc. is a great example of video game storytelling through engagement and exploration. I have a pretty loose definition of “story” for games, so I believe that a player’s personal experience with one session of a game counts as a story just as much as a grand epic filled with complex characters and motivations does. 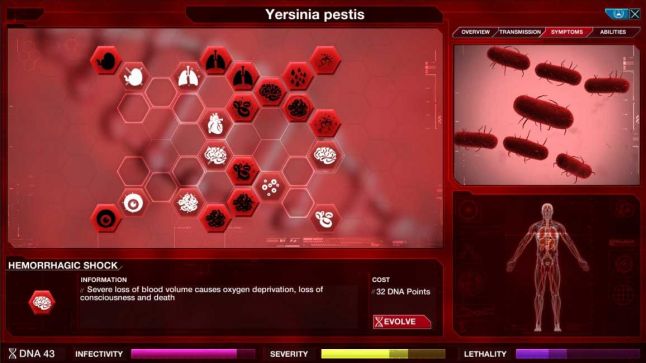 Plague, Inc.’s gameplay was so riveting that I started shouting murderous taunts at countries and gleefully anticipating the deaths of billions (in the game, of course – last time I checked, I’m not secretly a supervillain). Every session is different, and the various types of plagues require different strategies, and the game changes the stakes and pace accordingly. This gives Plague, Inc. a huge number of stories to tell – functionally infinite, really. They aren’t all that complicated and would run together over time (and the game’s current early access status limits the options even further), but facing the mounting tension of who will win this battle between man and deadly virus is story enough for me.

You see, games can tell stories in ways that other media just can’t. We can use the same storytelling tools as other media, but we also have something all to ourselves – interactivity. A movie or book could never deliver the same experience that Plague, Inc. does because that particular experience relies heavily on the user’s input. Likewise, a book like As I Lay Dying could never be perfectly duplicated in any other medium because of its wordplay, shifting narrators, and use of space on the page.

I enjoy Plague, Inc. for its ability to effectively use pacing and strategy mechanics to craft a new experience/story/whatever you want to call it for me each time I boot it up. And if you ever hear me mumbling something like, “I almost have enough for Total Organ Failure”… the game is doing its job.