SEARCH
A minimum of 3 characters are required to be typed in the search bar in order to perform a search.
Audio
6 min read
article

An amature and professional

I just want to familiarize you a bit with why I am writing here in this post. So you know if to read on or not.
Qrikko Lindstrom
Blogger
October 18, 2016

Information and the author

I intend to write here my bigger updates while my more day-to-day blogging is done on tumblr and I use Twitter for updates at times as well. My name is Qrikko Lindström, I have worked on a number of smaller game projects and a lot of other development. I worked as a programmer doing all from tech-art to engine code and gameplay Magicka 2 which might be the biggest game-project I've worked in. I love games and I mean in a big way, I love playing games and I love making games. One of my biggest problems has been that I want to do it all! And that is why I am writing this blog now, to talk more about that, to be the one that wants to do it all. I have choosen to write it around my spare-time project as there I am doing everything from creative writing to level design, from concept to models, from scripting to product.

I am making use of tools I am not writing my own game engine and so forth (tried that and it just took too much time I would like to spend on creating resources, writing narrative and doing gameplay). For this project I am using Unity, and I am making heavy use of Blender, Krita and OpenSuSE. I will not get cought in the details now so let's move along.

I started this impossible project a little while ago, or more accurately I started it years ago but never had the resources to devote to it. However I decided that even if it never is finished I do want to do it and I feel fullfilled and happy doing it, sowhat if I never finish it, this one is for me!

The modest scope of the project is that I am writing a game and a novel alongside eachother. I love writing and I love gamedevelopment so it isn't in itself all that strange. I also happen to know most of the development I need so I am going with it.

I mean sure I am no artist, I can't draw very well and even if my 3D is better it's far from good, but again I want to do it and I am having a blast doing it, perhaps I can be content if not extatic as long as I get to do it.

I know animation and rigging well enought to setup and animate, I am again not going to win any bread doing it but I love doing it.

I can make sounds and music, I know physics well enough, I love writing and storry telling, and I would believe that I am fairly good at it at least.

By profession I am a programmer and putting these skills together I can make what I want, perhaps not to the quality I would want to, but I can make it.

So here I am and I want to share my process and hopefully get some feedback and for someone to see and perhaps get inspired from my pure passion for what I am going in this impossible project.

First off, the impossibility lay in the share time frame I have to devote to this project. I am a father of two and I work a full-time job with a couple of hours commuting. A typicall day I would say that I find zero to two perhaps three hours of time to put down. Other than that it just is quite ambitious for a one man army, and to be honest my graphics doesn't reach the level I want the product to have.

Here I can almost smell you asking the question: "So stop whining and get a partner or even a team to do it?". Yes, that would be awesome but as it is I can't afford to put any money in it, only time and passion and to be honest I am not sure I would find a partner let alone a team of free working people passionate in realizing my dreams. Especially without much anything to show off. It's like going on kickstarter saying: "I have a vision of doing something, I can't really show you what I want to do, but I want to do it!".

And then again I really do enjoy working with the graphics and the resources I produce is usable it's mostly that I can't give it the finish I would like.

I guess I've answered both the question I initially put in your mouth to some extent. But well if you look at the workload I want to do I am writing a novel pehaps over thousand pages (would be an estimate based on the ammount of story I've currently covered and how much I've already written). I also want to do a fairly big game and as it is now I am doing everything for it. So I would be naive to think I will finish it at all.

Anyhow, I feel like I almost went a bit too negative with this introduction, I just want to show you that I am realistic and have realistic expectations. I want to be clear that I am doing something that might never be finished and that the only reason for doing so is because I am really passionate about all of it. I love doing graphics, uv-mapping, texture painting, creating materials, rigging, skin weighting, animating, doing sound-effects, writing music, scripting and programming, scenario-writing, narrative, level design.. all of it and I want to talk about it. That is why I am doing this.

Some of what is already created

Let's finish up with a video or two and some picutres of what I am doing as well. I will not publish any of the writing at this point as it's much more of a moving target. For anyone overly interested I am willing to arrange something! Cheers. 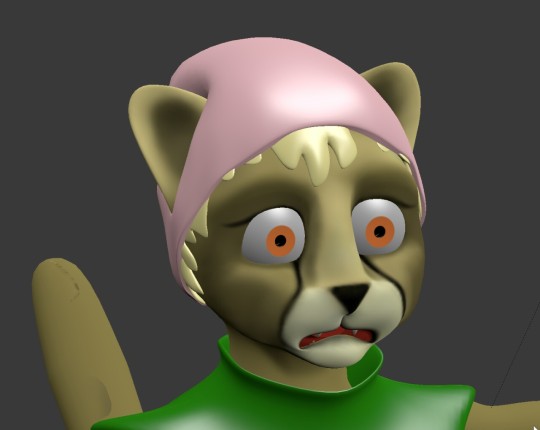 Early version I almost think she looked better before I dotted her up! -_- 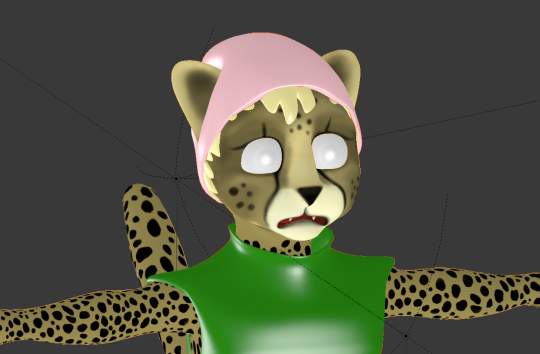 After dotting her up, well, I want it to be obvious that she is a cheetah so I am still somewhat happy with her. Full body, rigged version, bit nude but it's all the same to her! This'd be the full rigg, (and a camera looking closely on the right foot for some reason o.O) 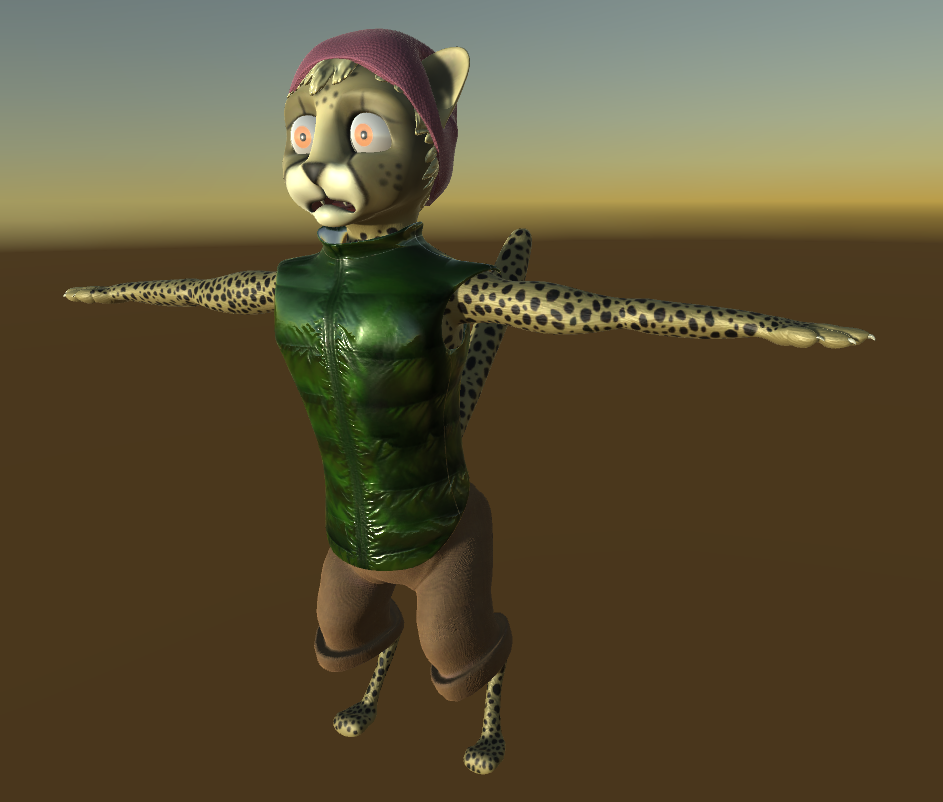 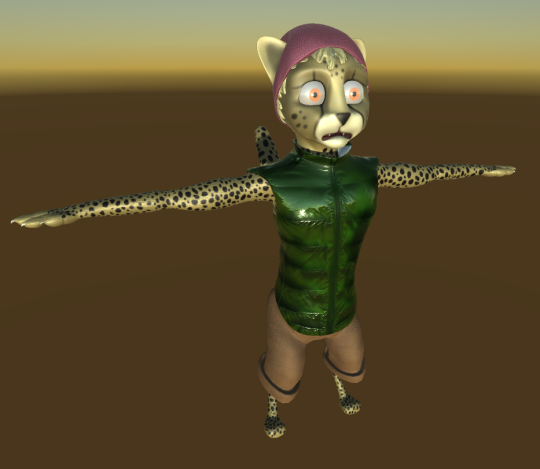 More of a mid-day lighting.


I have done some animation already (walk, idle, run and an animation to go down on all four as a transition into running). This is my current run animation.
ProgrammingArtBusinessProductionDesign
Get daily news, dev blogs, and stories from Game Developer straight to your inbox
Subscribe