SEARCH
A minimum of 3 characters are required to be typed in the search bar in order to perform a search.
Art
3 min read
Featured Blog

Some Things that Inspire Me

Since Burning Man this year, most of my SoundSelf time has been spent showing SoundSelf, describing SoundSelf, and developing new ideas. We’ve been preparing our Kickstarter rewards, showing the game at Indiecade, and in the coming two weeks we’ll be at GameCity (Nottingham),Gamercamp (Toronto) and MineCon (Orlando).

But while software development has slowed down, research has not. Here are a few of things that have excited and inspired me in the last few weeks:

I discovered this album through a Radiolab short devoted to it. I absolutely recommend checking it out.

Trance states are accessed through repetition. This is why many meditation techniques include a mantra, it’s why trance music (and music by definition) is based on repetition repetition, it’s why SoundSelf uses chanting (repeated voice) as it’s controller, and it’s why you see delusional people repeating the same words again and again.

Dawn of Midi’s album is as much a tribute to repetition as Ravel’s Bolero. But that repetitive structure is reduced to an elemental focus – the beat.

As a student of trance, of particular interest to me is the way the different beats work together. In stark contrast with shamanic drumming, there’s no global tempo in Dysnomia. Often three or four percussive patterns will be in play at the same time, each instrument following its own distinct beat. I found my mind shifting between the different instruments: as I rested my mind on a new rhythm, a formerly dominant rhythm would phase in and out of synchronization and syncopation.

Listening to this album has given me a new frame of reference for thinking about rhythm (and repetition at all, for that matter) as a tool for trance induction in SoundSelf.

The LACMA has a retrospective right now for light artist James Turrell. If you’re in LA… DO NOT MISS IT!

Most of Turrell’s pieces occupy an entire room, as they are designed to envelop participants in unique and sometimes illusory experiences of light.

The pieces are difficult to describe because they are not symbolic in nature. They are unique experiences of light and perception, as indescribably experiential as floating in a sense deprivation chamber is.

Turrell’s current project is (and has been for the past twenty-something years) converting a volcanic crater into a sort of modern-day Stone Henge: temples paying tribute to the sun, the sky, and human perception at dance with the cosmos. 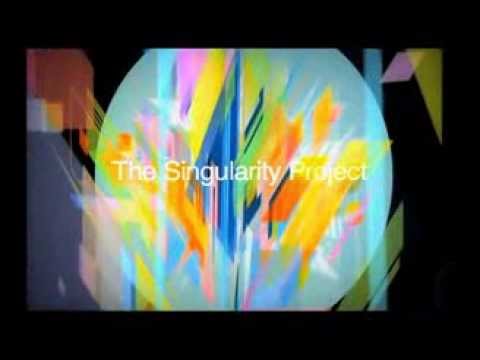 The Singularity Project is artist David Tamargo’s entry in the Indiecade / Oculus VR Jam. It takes abstract fine art and explodes it into kinetic 3D. If you’re into SoundSelf, you’ll be into this. I really love it when art makes me feel small and puts my life into geological scale. This is a to-scale puppet of a prehistoric ichthyosaur that once lived in the now dried lake bed that plays host to the Burning Man festival. And it’s pregnant. Daniel Kahneman puts his long career of brain research into this deep but accessible model that describes the brain as simultaneously working in two radically different ways: fast and slow. It’s a wonderful read for anybody interested in biases and learning.

THE WAY OF TRANCE

A short book with a deep and narrow focus: Trance. How it happens, the flavors it comes in, how to control it, and how it is often used irresponsibly.

You can see more of SoundSelf’s inspirations on our facebook page.