Part 2 in a 10-part series about atmosphere in games - what it is, how to improve it, and how it breaks down into the various aspects of a game.
Matthew Bentley
Blogger
June 18, 2013 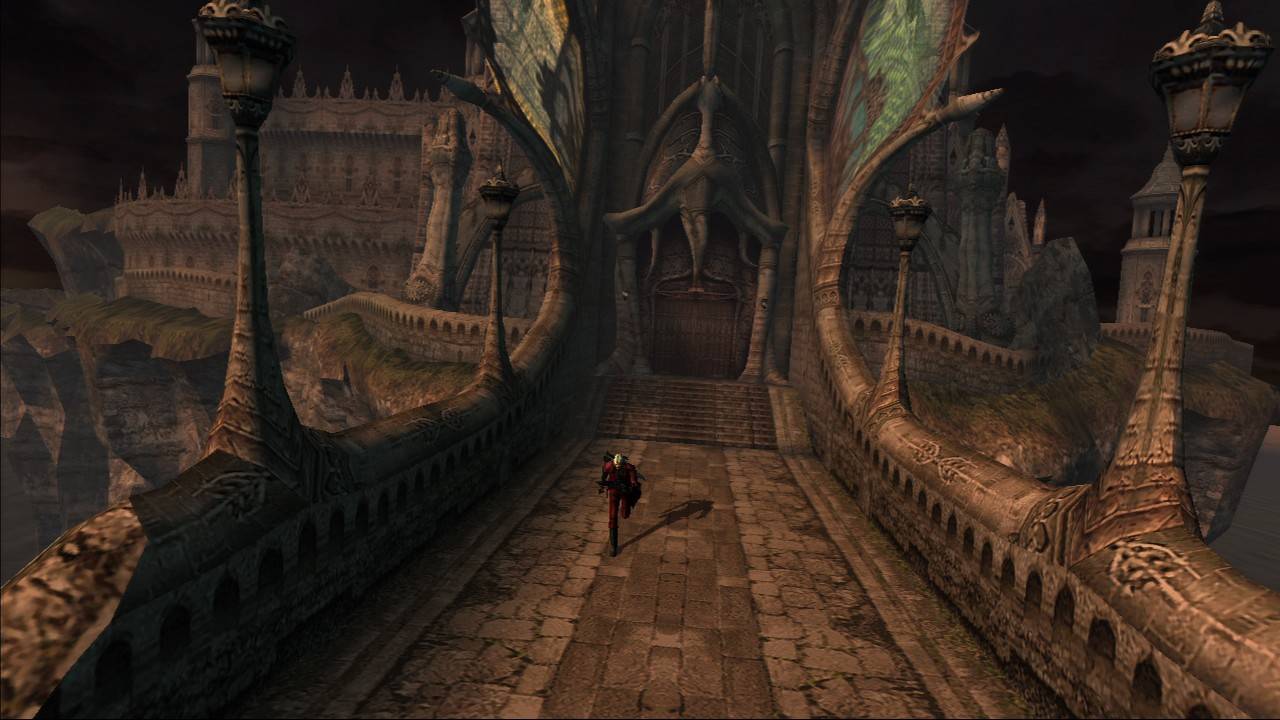 A modern game's graphics, particularly in the AAA field, tend to spell everything out- nothing tends to be left blind. It's not so much about the level of detail as it is a kind of constant flashiness and show-off-ish-ness, which distracts the brain from reorienting itself properly in the game world. During the 1990's we had an ongoing balance between being able to achieve interesting art and being constrained by technology, which tended to lead to less flashy effects and more attention and time put into the core art itself. But there is a secondary thing here; when a game cannot have the greatest textual detail, it leaves some of those cognitive gaps we talked about in the first article. In short - less visual detail means a greater ability for the player's imagination to project onto the game their own interpretation of the mood of the piece. This is where we went wrong over the last decade. Instead of aiming for photorealism and infinite texture detail, we should've used our technical power to provide more uniqueness without robbing of the player their willingness to project.

When a game gets it right though, it's not about having outdated, lofi or uninteresting graphics. Compare Borderlands and Bulletstorm. Both are comical, neither takes itself seriously. Both are set in post-apocalpytic areas. One is far more photorealistic. The other doesn't even aim for photorealism, instead creating it's own slightly-cartoonish style. Which is the more atmospheric? A game designed for atmosphere will construct graphics which suit the overall feel of the game, contribute to the overall mood, and use flashiness as an occasional reward for progression, rather than a constant stimulation. A good example of this is Double-Fine's Psychonauts, which has a goofy, almost Muppets-esque graphical feel which both suits the style of the world and makes the player feel immersed and curious.

It's rarely flashy, and when it is it's because of either progression or because you happen to be in an area where this is the theme (such as the 'party' level in Mia's head). 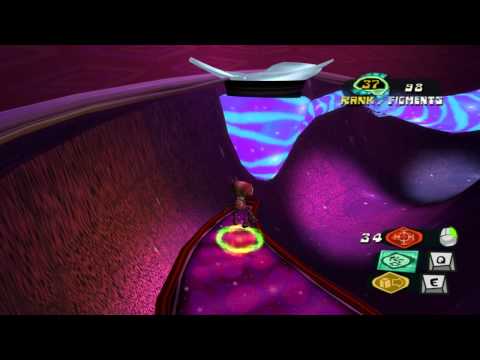 Another example would be Ico, or it's near-sequel, Shadow of the Collosus. Both universally acclaimed as having both a compelling storyline and a strong sense of atmosphere, neither uses graphics that can be in any way described as flashy. In addition both use great senses of space, distance and in the case of ico, dark areas to consolidate the brains ability to project imagination and mood onto empty area. Without that space- both in terms of the gameworld itself (more on that later) and the visuals- the games would never be as successful as they've become.

One more thing that bears mentioning in this field is visual-emotional congruence. Having a game with earth-shakingly "serious" cutscenes and then jolly lighthearted gameplay graphics (Warcraft 3 springs to mind) undermines the viewers ability to gel the world together in their head. Note that it doesn't matter what the fidelity-difference is so much, it's the feeling that the graphics communicate which needs to be in-sync between sections of the game. Pick one 'feeling style' (or a feeling-progression) for your game's graphics and spread it across all areas of the game. This will make it feel like a cohesive whole, which enhances atmosphere and immersion.

So what can be learn from this? The most obvious thing is not to bludgeon the player with detail if your aim is to create mood. Use detail and 'flash' wisely and appropriately, and to enhance mood, not to sustain a boost of adrenalin or testosterone - that's not to say those things are invalid in a game designed to be atmospheric, simply that they provide contrast, which enhances the less stimulating moments. How is it possible for a lo-res game like the original cave story to be atmospheric? Or the more recent knytt stories? Because the lack of detail allows player's imaginations to connect the dots, between the pixels.

Games which get it right:
Ico and Shadow of the Collosus (AAA, payware): Great senses of space, distance, shadow and as a result, atmosphere.
Knytt Stories (Indie, freeware): What it lacks in skill, it makes up for in absence. Wide open vistas, lofi graphics, and the atmosphere is better for it- particularly compared to his more recent games, which attempt semi-pro level graphics, and lose most of their charm by doing so.
Doom 3 (AAA, payware): As an alternate to the 'wide open' schemes above (of which 'Journey' and several others also fit into), I thought I would provide an example of an atmospheric closed-in space. Gamers oriented towards competitive play or fast action disliked Doom 3 almost universally. Gamers into atmosphere loved it (provided it was played with the lights out in a darkened room - otherwise the game didn't really show up). The game was detailed but left a lot in shadow - some said, too much. Personally I found the lack of vision enhanced the projective imaginative aspect of the game, making it far darker, and far scarier than it could've been otherwise, monster closets notwithstanding.


Games which get it wrong:
Bulletstorm (AAA, payware): Has to be said. It was a good try, but ultimately the game never settled on a visual mood that matched it's comic style, and in combination with a million-item-per-second detail exposure, tended to ramp up the action at the expense of an ability to project mood. Of course, that's not what it was aiming for - but a good mood would've benefited the game, and made it more memorable. As it is, a popcornfest, easily-forgotten.
Black Mesa (Mod, freeware): I know, I know. Took 8 years, I get it and I'm not going to disparage the project. What they did was worthwhile and good. I want to reference this because some aspects stood out for me as a good example of getting the physical context of visuals correct but not the 'feeling' behind them. For one example, the original game used spotless, 'sterile' laboratory-style floors and walls to contrast with the bloodstains and general carnage- which,either by design or luck, increased the subversive feel that something was very, very out-of-place, and something was horribly wrong. In Black Mesa, they roughened-up all of the 'lab' visuals- making everything look progressively more cohesive, but lowering the sense of 'feeling-contrast' that made the original work. While it looked better, it felt paler. On the other hand, some of the outdoor section work was very very good.