SEARCH
A minimum of 3 characters are required to be typed in the search bar in order to perform a search.
Art
3 MIN READ
Featured Blog

3D animation seems really cool, but if you still consider your hands off experience some ways off, there's lots of ways to prepare with traditional medium.
Kevin Tufano
Blogger
May 17, 2012 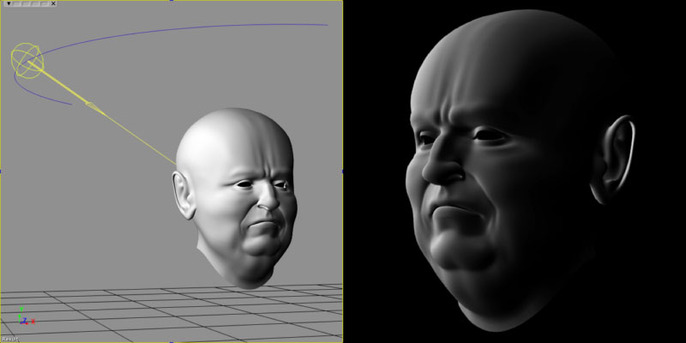 3D animation seems pretty scary huh? I know how it feels to want to be an artist with no experience with the medium... It almost seems impossible to get acoustumed to if you're still thinking with lines. It's normal for the human psyche to think with absolute constraits of thought, that's how we're raised usually. Bare with me, but adopting a Taoist philosophy with your work could help you leaps and bounds overcome the daunting prospect of some day working with 3D materials. What I mean by this is this: think of your 2D art the same way you think of 3D art.

Art is hard. It's usually thankless for a long time, you're generally oppressd by people for wanting it as a carrer. "Artist?" they say, "I'm talking about a real job!" We should be thankful to live in a generation where now, more than ever, the artists work is appreciated and necessary in the work place. With the advent of computers giving a more more adopted sense to us as users the visual application of science and mathmatics, animation is useful to many many disciplines, including education and medicine.

Most amature artists start out in a 2 dimensional perspective, working with confinement of pencils and papers to produce their work. It's easy to see how an amature could view their work as being entirely removed from the 3 dimensional medium, but there are lots of ways to overcome this.

1. Stop working with an absolute 2 dimension in your personal perspective of art.

Remember when you were first starting out as a kid? You'd go online and look up how to draw Pikachu and you'd be given an outline of breaking up the character into simple shapes? Most people stick with this simply as another method of tracing. If you'll notice, traced work is missing a fundamental difference of the original work, which is perspective. A novice generally views prspective within the relationship of his comitment to the paper, but perspective actually starts inside of your mind. In the art world, tracing is generally discouraged since it's detrimental to the artists conception of his work. People assume this lends itself only to style presets, but perspective is the msot governing philsoophy an artist takes when creating any drawing.

Life drawing is tricky, and it's not something you learn overnight. it requires a LOT of study across many fields of science such as anthropology, myology, and even psychology when determing what is a relatively minute detail of the face. Norman Rockwell, the most explicit reference used in Team Fortress's art style, is a cartoonish interpretation of realism. A casual observer would simply disect it as being realism, but as a work of art itself I feel it lends more appropriately to charicature, just a more masterful example.

If you simply look at the face itself as a series of lines you are missing the point. I really need to emphatsize discrediting your linework as being VERY important in conceptul apropriatism for 3D work, I would even go as far as to say in art in general.

The face is not flat. I'm sure you remember the value of age in the sense of art. "The more lines you add to a person's face, the older he looks." This is true in the vaugest sense. The face is a complex biological structure that lends itself to age differently than most of the body, and while in art a discreet apearance DOES tend to give the impression of youth, for exercises it's more important to learn the valeus of the skeletal structure and muscular system before you get into anything of the sort of isolated perspective that line art takes you.

2. Work with your geometry in a 3D space.

Don't think of your character's potential for animation like this...

I'm not a very good background artist, so take this with a grain of salt, but I figure that you can adopt this sensibility with backgrounds too.