SEARCH
A minimum of 3 characters are required to be typed in the search bar in order to perform a search.
Production
1 MIN READ
News

This could be the Bluetooth gamepad for Amazon's Android console

A tech blogger claims to have found photographs of a production-grade, Amazon-branded Bluetooth gamepad in official documents published by Brazilian telecommunications regulatory agency Anatel.
Alex Wawro
Contributor
March 14, 2014
Tech blogger Dave Zatz claims to have pulled photographs of a production-grade, Amazon-branded Bluetooth gamepad from official documents published on the website of Brazilian telecommunications regulatory agency Anatel. The documents were allegedly filed by "Amazon Fulfillment Services Inc." and can no longer be found on Anatel's website, but you can still see the images they purportedly contained in Zatz' original blog post. If these images are genuine, they suggest that Amazon's long-rumored microconsole will operate on some version of Android, offer games sophisticated enough to require dual analog sticks, and support media playback. Last year we reported that Amazon representatives had been talking to developers like Angry Mob Games about creating games using an Amazon SDK, and had specifically suggested that adding gamepad support to their games would be a very good idea. The images leaked today would seem to bear that out. 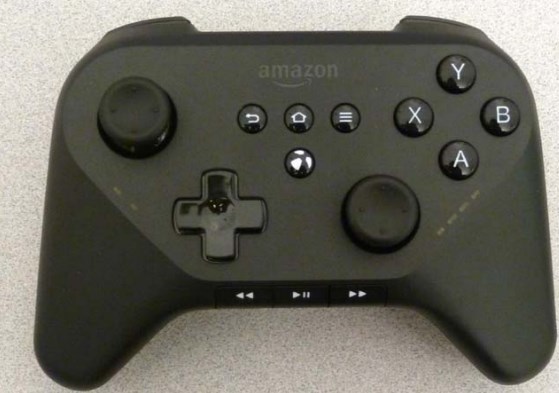 Gamasutra has reached out to Amazon representatives for further comment on the veracity of the photographs.
Console
Get daily news, dev blogs, and stories from Game Developer straight to your inbox
Subscribe