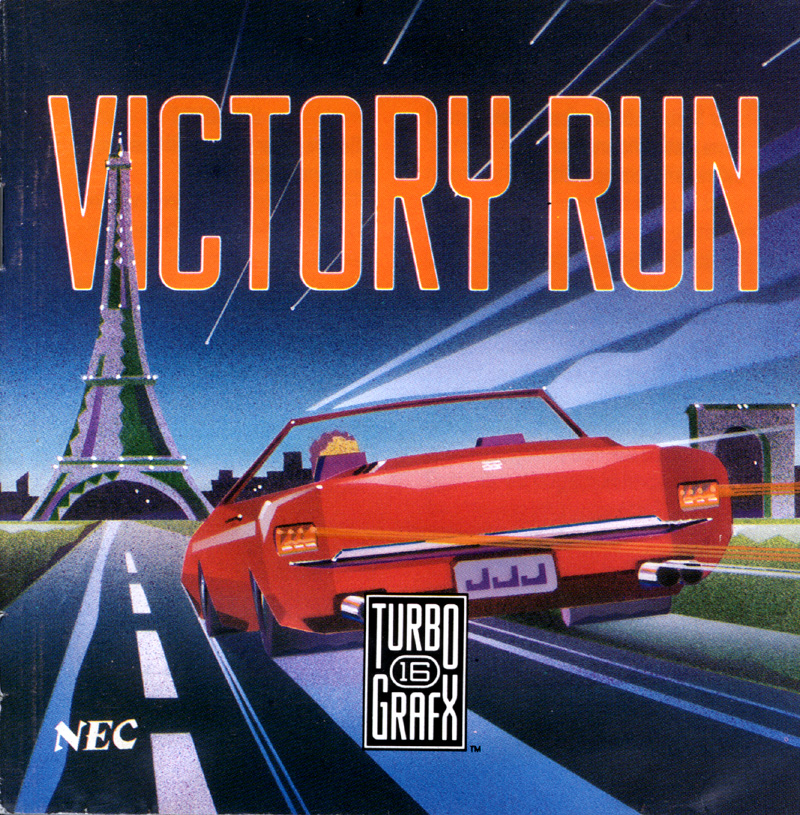 Victory Run by Hudson Soft for the TurboGrafx-16, original Japanese release (PC-Engine) in 1987 and coming over here with the TG-16 launch in summer 1989.

As Sega had the "Racing King" of the day with OutRun and of course Nintendo's version Rad Racer was no slouch, the new kid on the block (Turbo) needed an appropriate racer for their system as well. Hell,the thing was called TurboGrafx, it already sounded speed-related, y'know? So, here's what they came up with.

As Out and Rad concentrated heavily on being purely arcade racers, VR's designers decided to add a little strategic simulation into this game, to set it apart. Something that was absolutely not really seen in arcade racers of the day, you could upgrade different aspects of your car to enhance your driving style (if you were a drifter, etc). Make sure not to abuse your clutch or shifting is impossible, that sort of thing. It was unusual and quite interesting and fun in its day.

For me, I thought this game looked fairly gorgeous for a home console racer when it released. Sure, other 16-Bit titles like Super Monaco GP and especially F-Zero completely demolished it by the time they hit the scene, but some years had passed at that point. VR was all but forgotten by then, but not because it was not a good game (or that it didn't look decent in its day). Quite simple and lowtech to fool around with now, but some gamers (me) still get a charge out of these oldschool arcade racers. Give it a spin sometime!