SEARCH
A minimum of 3 characters are required to be typed in the search bar in order to perform a search.
Production
3 min read
Featured Blog 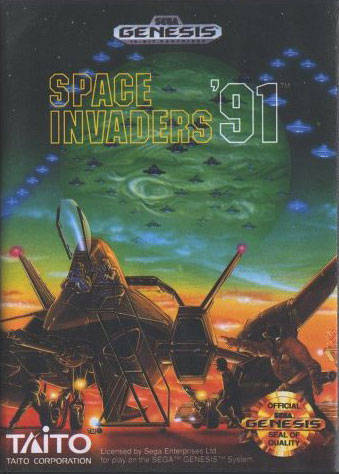 Space Invaders '91 by Taito, released for the Sega Genesis. Do I really have to say what the year was?

Everyone with any knowledge of videogames is well-aware of the original Space Invaders and its contribution to the culture of gaming. Strangely, few words are ever written about its sequels which released in the years that followed, until the franchise became somewhat trendy again in the mid-2000s. 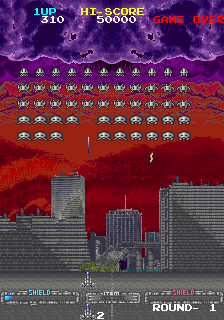 In the late 1980s, competitor Namco released an update to Galaga, their popular Space Invader-inspired title. Galaga '88 was a fresh re-imagining of their original title, which had a healthy following in it's own right (many gamers will agree that Galaga - 1981 version - was the first true "successor" to Space Invaders, and effectively replaced it as the single-screen alien blaster of choice). Galaga '88 stayed quite true to it's roots, with a hefty audiovisual upgrade and some other fancy tweaks to make the old feel modern.

The game was a big success, and many in the industry stood up and took notice. Apparently Taito felt very strongly about this, one way or another, and took the event as an excuse to rip-off those who'd already ripped them off in the 1st place. And so to answer the call of Galaga '88, Space Invaders '91 was created.

Like the other upgrade, SI91 was a reimagining of it's source material which did not attempt to stray far from it's path. The game was made much prettier, as the advanced 16-bit visuals were a far cry from the primitive blocks making up the scenery in the initial iteration. More backgrounds were developed, and new features such as boss battles and cow-protecting bonus rounds were introduced. Most notable was the inclusion of power-ups; shooting a "bonus ship" no longer merely yielded points; rather special weapons, shields, and time-stoppers could be obtained.

The new recipe worked. The game felt like an appropriate update for the period, and the original gameplay was strong enough to carry this game. Like Galaga '88, the enthusiasm was short-lived. Both games were notable, but the shadows cast by their predecessors were far to tall to get out from underneath. Space Invaders and Galaga, original versions, were such important and monumental titles that their popularity easily outlasted those of their "superior" sequels. SI91 is a joy to pick up now, it looks and handles well, and a few sessions are easy to lose track of time with - but most gamers will continue to gravitate to the iconic titles from which they spawned.

[Our hit iPhone action-puzzle game 180 is available now for FREE until the end of the year! Pick it up while you can!]