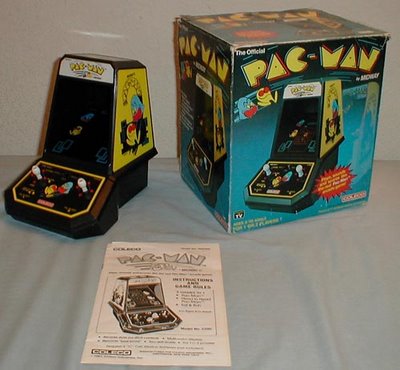 Ah, Pac-Man. Timeless Pac-Man. You have had so many mutations over the years, and The Tabletop Coleco game released in 1981 is one of the more famous - as well as being a prized toy from my childhood. 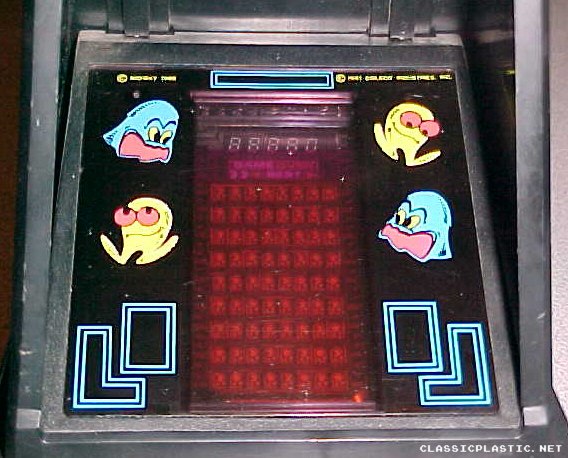 This thing looks ungodly archaic to most folks now, but this was what portable game systems looked like 30+ years ago. big, bulky, black plastic, with ugly light-emitting-diodes and shrill piercing sound FX. Still, this was something you could take and play with you anywhere. You're no longer tethered to a television, never mind the arcade. 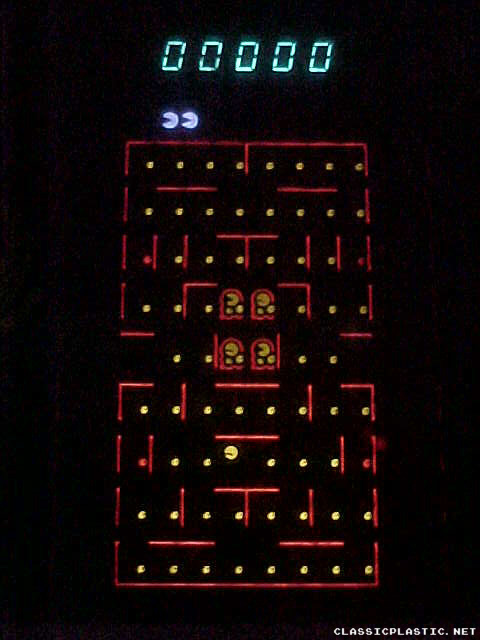 The unit itself has a very iconic look, obviously inspired by the upright arcade cabinet designs of the day (and using miniature versions of the same art) - as a kid this was one of the coolest things you could have on your shelf, and as an adult it just reeks of retro cool. The game itself, for what it is, does play a fairly enjoyable game of Pac-Man -sure it is limited, sure it is hard on the eyes (and the ears!) but it is still Pac-Man with the basic rules in place, and it is hectic - and it is fun! There's even an original 2-Player simultaneous feature included in this unit (note the two joysticks) - again, it is awkward, but still quite a blast to play. 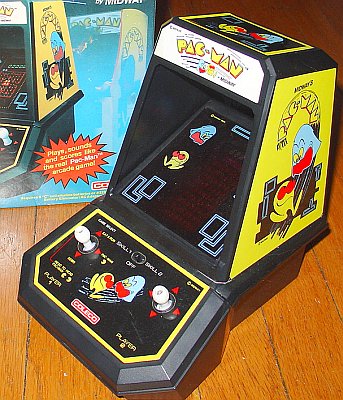 It probably goes without saying that I couldn't wait to get my hands on one of these as a kid. Even my Dad enjoyed it! Sadly, he stepped on it in the darkness one night and the top broke off; I used to wear it on my head and pretend it was a Darth Vader helmet (it's so hard to believe my head once was that small!)