Retro Game of the Day! Keith Courage in Alpha Zones 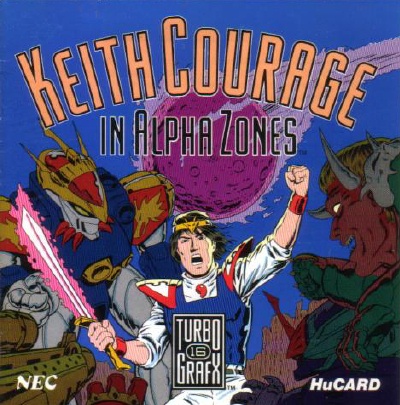 Keith Courage in Alpha Zones by Hudson Soft, released in 1988 for the Japanese PC-Engine and launching the following year as the pack-in software for the TurboGrafx-16 by NEC.

Here is a very important game, this was "technically" the first 16-bit game released on the Western shores (or at least 16-bit style, as there's been much argument that the TurboGrafx-16 was actually an 8-bit system with a custom graphics chip). But, what're ya gonna do. Anyway, following the absolute domination of the 8-bit console market in the late 1980s by Nintendo, Sega and NEC went head to head to stake a claim in the Next Generation market while Nintendo was content to remain in the Last Gen. NEC beat Sega to the punch and got their unit out a few months earlier, and this was the first game that many folks would actually get to play.

So, how was it? Well, Keith Courage wasn't bad, in fact compared to their competition of the day the game looked rather stellar. Still, no one really was terribly excited about this game. New franchise, lame-sounding title, uninteresting themes. They perhaps should have included Legendary Axe or Neutopia as the pack-in. Something.. The gameplay here was accessible, but the game itself didn't really even come close to any Mario kind of mechanic or design. 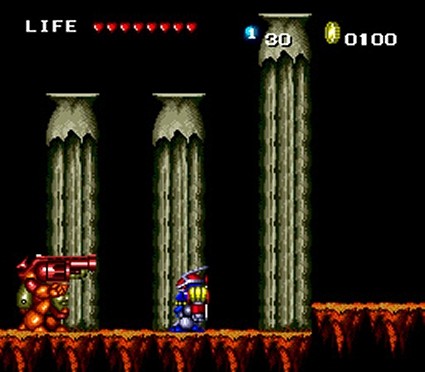 It's a shame, because Keith Courage has some interesting elements that could have been mined for a rather potentially slick title. There's jumping, sword-slashing, mecha suit combat - an overworld to talk to people, and an underworld to do battle with the forces of evil.It sounds good on paper, but the execution is rather uninspired and hollow. 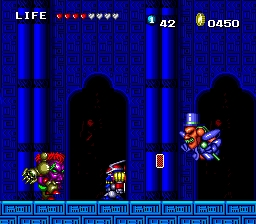 Still, Keith is a pretty old game and it was good-looking enough to get a little attention in its day. Moreover, there was actually a pretty rock-solid launch lineup when the TuboGrafx-16 released over here, so you could get your hands on some pretty satisfying titles if you didn't mind shelling out a few more dollars. 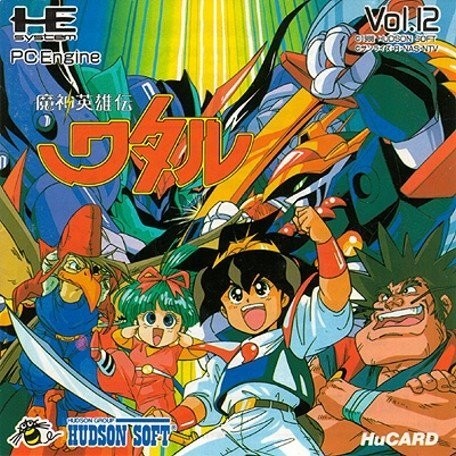