Retro Game of the Day! Electrocop 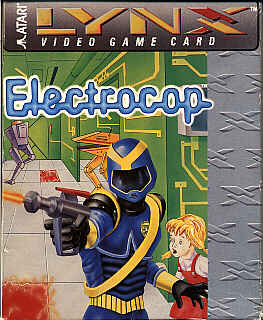 Electrocop by Epyx, for the Atari Lynx. Released in 1989. 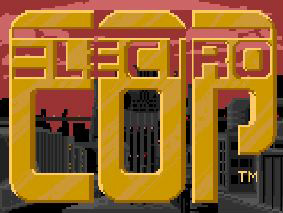 Here was a game which really polarized players (well, the ones who actually saw it!) This was among the first titles released for the Atari Lynx (semi)16-bit handheld system, which launched in the same period as Nintendo's 8-bit GameBoy. While GB was sporting titles like Mario Land and Alleyway at its launch, Lynx was showing off extremely complicated-looking (and visually arresting) titles such as the After Burner-esque Blue Lightning and this. Aesthetically, there was no comparison - the GameBoy games looked absolutely prehistoric compared to the powerful Lynx titles. Of course, history has proven that it takes more than good looks to win a system war.. 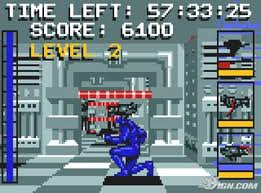 Electrocop was a riff on the extremely-popular late-80s Robocop theme, and it worked well. This game was dripping with mood, style, and coolness. Your character felt like he was really navigating in real-time through a mazelike hi-tech complex. The scaling graphics, the immersion feeling, it was all very breathtaking (and that much more so on a portable device!) 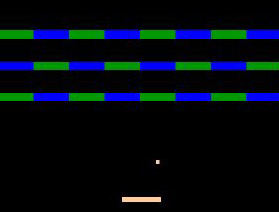 Sadly, what the game rocked in cool it lacked in substance. The game was not bad, it was a bit of fun - but it wore thin after a few plays. Your character could pick up some neat weaponry, but he felt rather underpowered most of the time. Moving through the world was amazing, but it often became disorienting and difficult to track. The enemies were plentiful, but they were not particularly engaging or even very fun to battle. The worst problem was the coded doorlocks - a player would have to set up hacks to discover a "secret code," and then pass the time while the hack worked through it's process. This was a cardinal sin, no game should expect you to wait around and keep busy while a timer counts away! 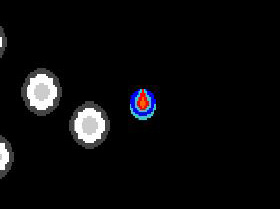 Fortunately, there were several little neat minigames (something unheard-of at the time) which you could keep busy with while waiting for the hacks. Breakout, Asteroids, and others; but really one couldn't shake the feeling that rather than wait and play watered-down versions of real games-within-a-game, they should be enjoying the "real" game world! 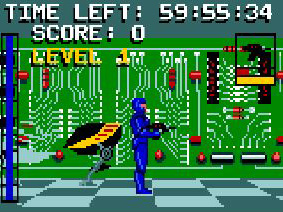 Electrocop was an excellent idea followed up with some dynamite aesthetic and ultimately misguided execution. It was an experimental game released during a critical time, and though it was very impressive - and an incredible showcase for the new system it was one - it was ultimately a reminder that a game needs some very solid planning and forethought to be considered enjoyable in the long-term, rather than just relying on gimmicks.