Retro Game of the Day! Double Dragon II: The Revenge 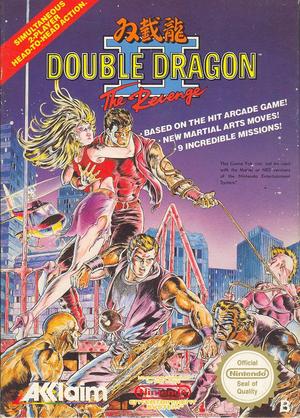 Double Dragon II: The Revenge by Technos, published for the NES in the USA by Acclaim in 1990 (the arcade machine appeared in 1988).

The original Double Dragon was a steamroller when it first appeared. Fighting games were nothing new, but they'd never been presented quite like this before. Developer Technos had a megahit on their hands, and you can bet they were excited to step up with a super-charged sequel. 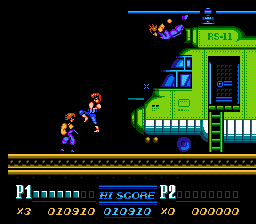 And so they did, and here it was. The arcade of 2 was pretty much an extension of the first, changing up the control method and giving players and enemies new moves. The NES port, however, was drastically different than the arcade, with only some connection to its source material (in a good way, for the most part).

This always unnevred me as a kid, though. If you are going to port a game to a home console, and call it the same thing, make it the same game. Atari 2600 days were one thing, but when I played some amazing looking game at the arcade, and then came home to play the NES version, I would always be disappointed because there was such a large difference between the two. Honestly, quite often it was the case that the NES versions were superior gameplay-wise (even if they didn't look as good). Just an idiosyncrasy I suppose. 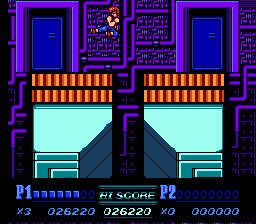 At any rate, the NES port of Double Dragon 2 was a huge step-up from the first iteration of the game, which kind of had its soul sucked out by only being a 1-player game. They did well to rectify with this iteration, as the game now supported 2-player simultaneous play (hence the Double.) They really should have taken more flack for that! For this reason alone, the game was far superior to the already well-designed NES DD1. To top things off, there were nice level layouts, decent tunes, and bold (if kind of garish) and detailed graphics. If you a fan of beat'em-ups, then Technos had you covered. 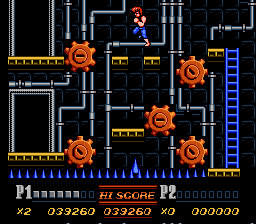 The game holds up and is still enjoyable to play now (particularly with a buddy). The gameplay is truly classic, and it's a well-designed game that's good to let off some steam with. If you want something to make you laugh and cry at the same time, enjoy this rendition of NES Double Dragon 2 in (almost) 3D.