SEARCH
A minimum of 3 characters are required to be typed in the search bar in order to perform a search.
Production
1 min read
article

Retro Game of the Day! Boxing 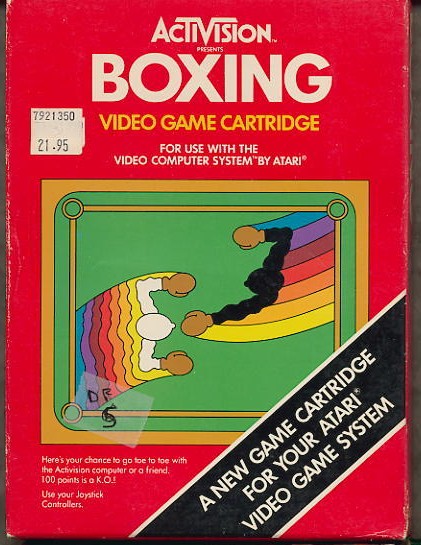 Boxing by Bob Whitehead, published by Activision for the Atari 2600 in 1980. 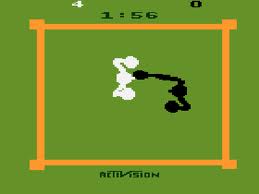 I love those old Activision boxes. While the typical Atari-produced games had much more detailed painted artwork, the ATVI boxes usually reflected a style emphasizing the simplicity of the onscreen presentation, in a tasteful way - with giant rainbows often trailing the moving characters. That part was rather tacky, but it was certainly iconic and distinctive.

Here we had one of earliest known expressions of video boxing. Sensibly, they decided to portray a top-down view and only showed each boxer's head and gloves - to make up for the minimalism, some relatively fluid animations were added to give character to the players.

The game is extremely simple - jab and dodge, jab and dodge. 100 points nets you a win, or whoever is the point leader when the single-round 2:00 clock wears down. Even with such a crude setup, the game was quite fun in its day and remains one of the more accessible games from the period (particularly owing to its multiplayer aspect).