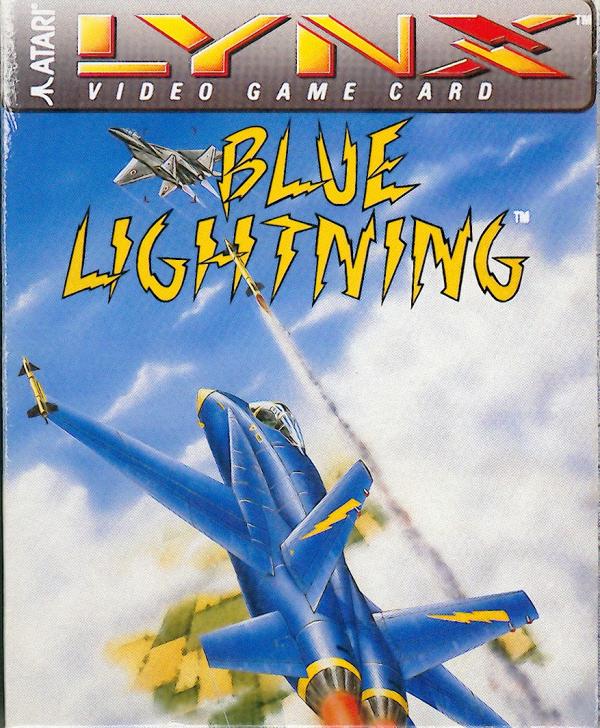 Blue Lightning by Epyx for the Atari Lynx handheld system - released at the system's launch in 1989. This review is dedicated to RJ Mical, 1/2 of the creative team behind that videogame system (and possibly this actual game, at least to some degree) - it's his birthday today! 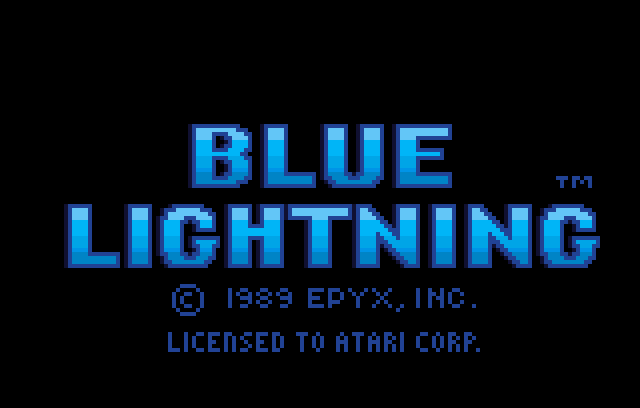 This is no small feat - before there was a Sega Game Gear, before there was an NEC TurboExpress, before there was the... Game.com, there was only the black&white GameBoy by Nintendo, and the color Lynx by produced by Atari. These were the only two systems going head-to-head in the handheld arena at the time. This is extremely important to note, since games in general were still considered a novelty at the time, smaller-scale entertainment medium - as compared to the present day, where it is honestly a a billion-dollar business. PC and console games in the late 80s were the highlight at that point - and the mobile/handheld market was absolutely in its infancy, so Lynx and GameBoy were the beginning of what would eventually become a huge market cornerstone (look at where the Nintendo DS is today - it's considered one of the most successful platforms of all time, portable or otherwise, and it's lineage can directly be traced back to this period in gaming history). 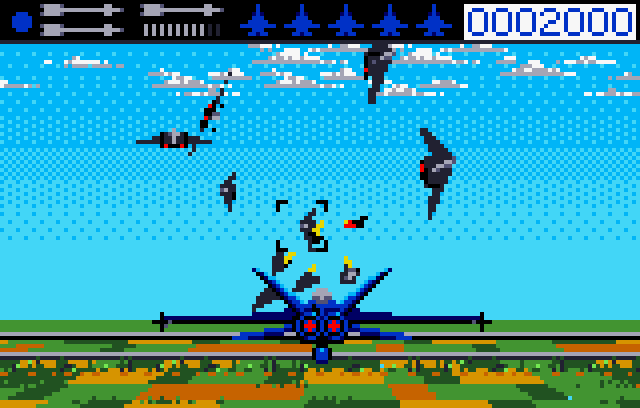 Blue Lightning is particularly important to recognize as it was really the game which showcased the Lynx' graphical prowess at it's launch. Titles like California Games and Rampage were useful for showing off the system's ability as far as connecting several units together for multiplay (hence the system's name, "Lynx") - but Blue Lightning was a strong display of the raw graphical ability that the system's powerful hardware was capable of performing. In short - this was the game you needed to buy as your first purchase, if you were going to get the system. 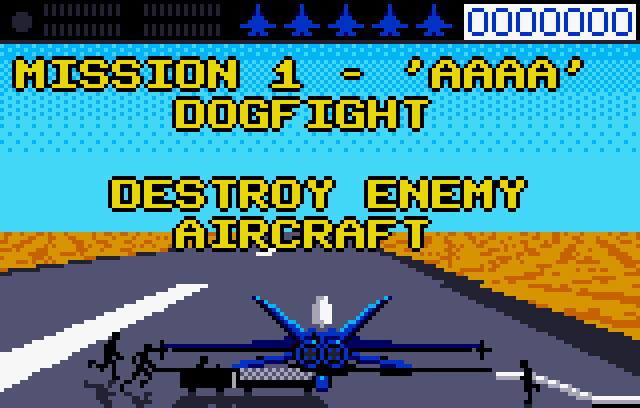 Blue Lightning was essentially a simple aircraft combat simulator, in the heavy arcade style. taking many cues (graphically and gameplay-wise) from Sega's original landmark After Burner, Blue Lighting sought to recreate a similar experience at home or on the go for those who didn't have a personal version of that @ $20,000 arcade setup (or however much those insane machines would have cost at the time). 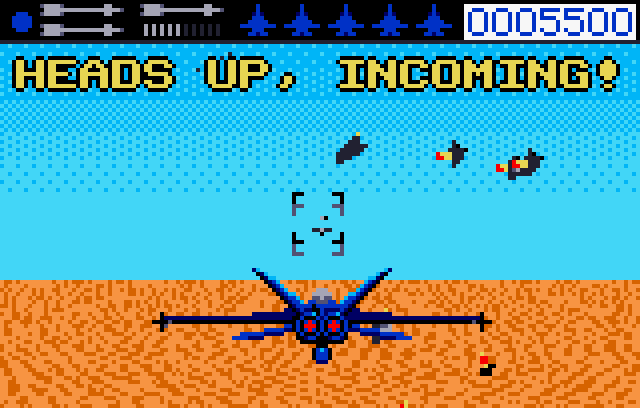 Did it work out? Absolutely. Thanks to the superior Lynx hardware, the machine was more than capable of displaying a 3D scrolling pixel-playfield which constantly rushed at the player. Mind you, this preceded the Super Nintendo by a couple of years on the consumer market - you really couldn't find an experience like this anywhere else, and even when the SNES did finally show up with it's Mode 7 graphics trickery, it was still pretty hamstrung compared to what the Lynx could do in several cases. 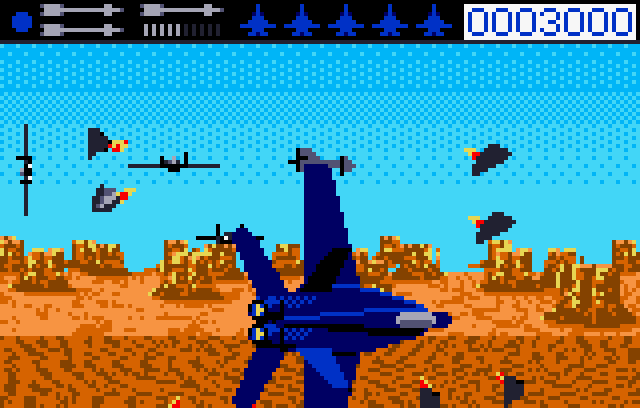 Blue Lightning was a dazzling tech demo that showed off the system's capabilities - you could fly your craft over several different landscapes, unlike After Burner you had a much stronger feeling of immersion in these worlds. Rather than just "go-go-go," you could navigate through desert mesas and over rivers - if you wanted to engage the enemy, you could blast away (or just try and evade and enjoy the scenery). This was absolutely a trip at the time, unlike any other.

Blue Lighting was a game which launched on a very nice device. It got a fair amount of media coverage, but sadly the Atari Lynx never had the necessary support of its technologically inferior competition. It was a shame, and those who paid attention noticed a steep decline in the quality of software following the Lynx' initial launch lineup. There was a fairly solid base of games which followed, but few fulfilled on the wild promises made by games such as this. Blame politics, blame economics - ultimately the cards fell where they did, and ultimately the system and its games are just a footnote in gaming history. But for those of us who were there to experience this when it was the new hot thing, we can remember a time when it looked like Atari was going to kill everyone.