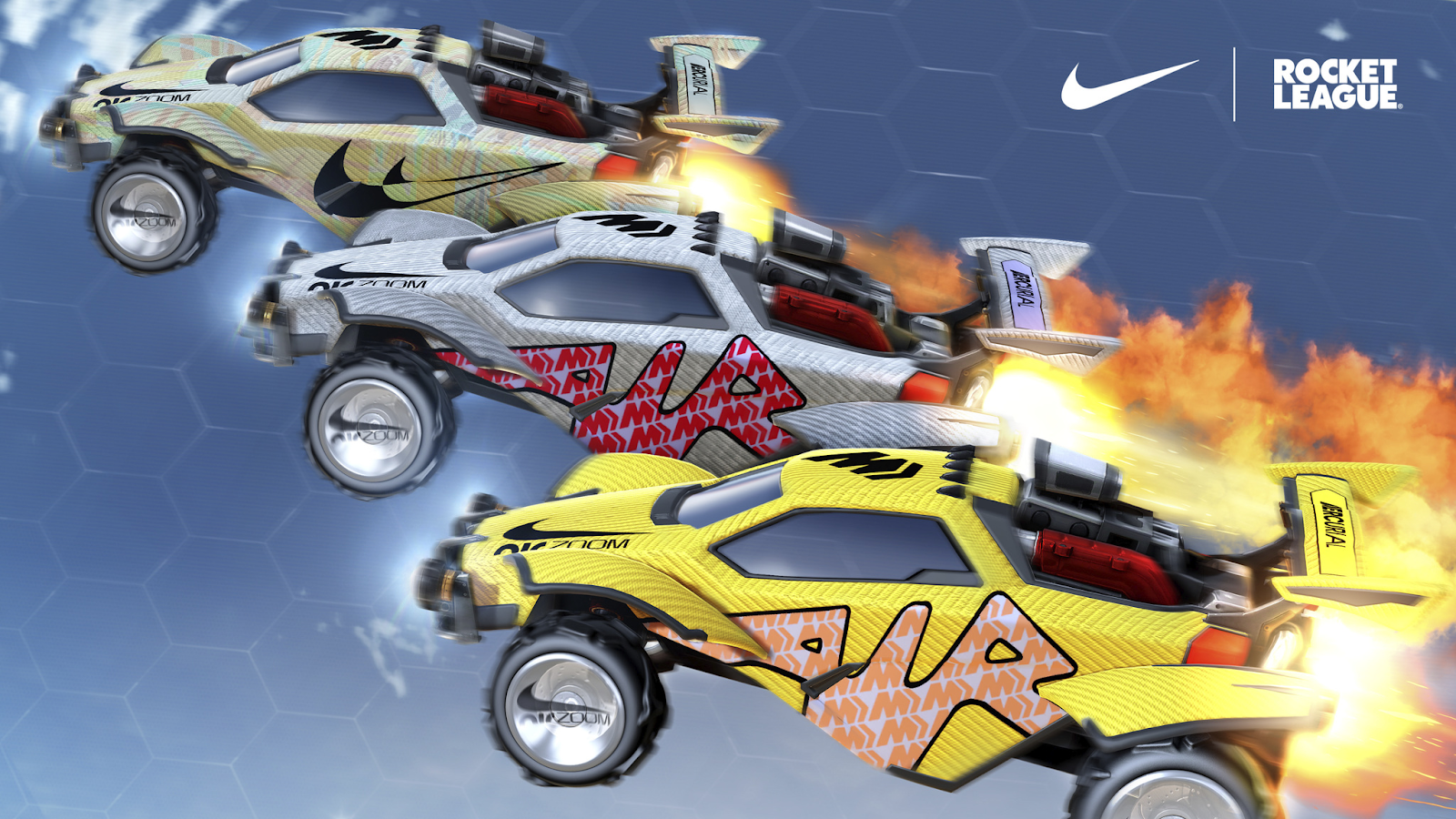 SAN DIEGO – July 20, 2022 – Psyonix and Nike have partnered to bring the magic of the new Nike Air Zoom Mercurial football boot into Rocket League following its debut in stores - and on pitches - around the world.

To celebrate the in-game content launch, a Nike Air Zoom Mercurial Invitational tournament will take place on July 22nd beginning at 10AM PT. Hosted by Musty, Retals and Roll Dizz, four teams of three will compete in a single-elimination bracket to crown an eventual winner! Teams will be made up of a Rocket League Championship Series (RLCS) Pro Player and two content creators. To catch the action live, tune into Musty’s Twitch Channel on July 22nd.

Assets can be downloaded HERE

Please let us know if you or a member of your team is interested in a code for the Nike Air Zoom Mercurial Bundle.

Based in San Diego, CA, Psyonix is a critically acclaimed video game developer and a leading expert in Unreal Engine technology. For more than 20 years, the studio has been a driving force behind some of the most successful games in the industry, including Gears of War, Mass Effect 3, XCOM: Enemy Unknown, Bulletstorm, Unreal Tournament III, Unreal Tournament 2004, and the award-winning sports-action hit, Rocket League®. Psyonix joined the Epic Games family in 2019.

NIKE, Inc. is a team comprised of the Nike, Jordan and Converse brands driven by a shared purpose to leave an enduring impact.

With a global footprint, culture of innovation and team-first mentality, we take action to create a future of continual progress for athletes, sport and our world.