SEARCH
A minimum of 3 characters are required to be typed in the search bar in order to perform a search.
Press Release
6 MIN READ
Press Release

'Lifeforms' expansion for OGame, an updated I See Red demo, new content for Swords of Legends Online... it's all happening.
Gameforge
August 17, 2022
[This unedited press release is made available courtesy of Game Developer and its partnership with notable game PR-related resource Games Press]

In celebration of OGame's 20th anniversary, Gameforge recently launched the massive Lifeforms expansion on English servers. As of 5th August, 16 additional languages are available, bringing the massive content update to players across the world in their local languages!

The game-changing Lifeforms expansion introduces four species into the universe of OGame and opens up countless new strategies for players to explore, with new buildings, technologies, and actions specific to each race. To learn more, take a look at the two tutorials that introduce the new Human, Kaelesh, Mecha, and Rock’tal lifeforms and go over their strategies, benefits, and tech trees. There’s also a Q&A on the way that covers the new expansion!

Get Your Hands Dirty With the I See Red Demo – Now Available in New Languages!

Now, even more people can see red, as Gameforge and Whiteboard Games released the I See Red demo available via Steam in even more languages. The demo is available in English, French, German, Italian, Japanese, Korean, Polish, Russian, Turkish, and Simplified Chinese. Or, if you’d rather get a fresh peek at new alpha gameplay, there’s a graphic, grappling hook video! Explore monochromatic settings stained with vivid vermillion accents. See what it’s like to rip, tear, and seek revenge firsthand.

Whiteboard Games is hard at work on I See Red, creating epic bosses to tackle, massive maps to explore, and devastatingly dangerous weapons to wield ahead of its 2022 debut on PCs via Steam and the Epic Games Store.

Get a glimpse of the action that awaits players in this scarlet-washed action game:

A press kit with logos, artwork, screenshots, and trailers are available here: https://uberstrategist.link/i-see-red-press-kit.

Players can dive into epic new content in Sword of Legends Online! Throughout July, three new raids opened in the War Domain: the “Demon Battlefield,” the “Realm of Hallucinations,” and the “Realm of Destroyed Evil.” An army of demons has invaded the area under the influence of the Biyouji and help is needed to get the situation under control!

Dive back into the world of SOLO and face even more challenging encounters as the Hard Mode for each of the raids becomes available in August.

And as always, the new season – which started in June – brought with it beautiful new cosmetics and outfits you can unlock by completing in-game activities! You have time until the end of the season to get your hands on the exclusive Leisureland set “Cuiyan Spring Rain”, among others!

There will be more content arriving in September as a new story unfolds, including new instances to explore and new events taking place in Shenzhou.

For more information about the latest updates, check out the SOLO community page: https://gameforge.com/en-GB/play/swords_of_legends_online/news.

A press kit with logos, artwork, screenshots, and trailers is available here: https://uberstrategist.link/SOLO-2-0-Press-Kit﻿. 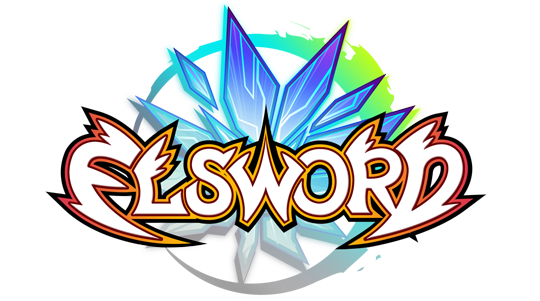 Yet Another Elsword Hero Walks Her 4th Path

Since January, new 4th class paths keep appearing for Elsword’s fantastic characters, with Ara being the latest hero to take hold of an entirely new power. She is now The Enlightened Sun, which allows her to work alongside the Holy Beasts to become more powerful than ever before. She can start out as a Little Helper to them, eventually developing into a Marici and Surya as her connection to the Holy Beasts grows and she learns to make the most of her new powers by utilizing the Spiritual Gate.

But that’s not all! There’s plenty more to do in Elsword! Folks can take part in a new attendance event with fantastic and useful rewards and collect a new costume.

To learn more about this announcement, make your way over to the Elsword community page: https://en.elsword.gameforge.com/.

A press kit with logos, artwork, screenshots, and trailers is available here: https://uberstrategist.link/Elsword-PressKit.

A press kit with logos, artwork, screenshots, and trailers is available here: https://uberstrategist.link/Metin2_PressKit.

All hands to initiate launch sequence: Trigon: Space Story introduced a new update on 15th August. The update brings weapon balancing, client optimization, as well as a rework of several features including Stealth, Teleport, and Enemy evasion rates. Read more from the developers on Steam: https://store.steampowered.com/news/app/1226510/view/3359141927467894525.

Additionally, there will be a 30% discount on the roguelike space strategy game between 15th August 15th and 22nd August on Steam.

A press kit with logos, artwork, screenshots, and trailers is available here: https://uberstrategist.link/TSS-Press-Kit.

Even more folks can join you on your NosTale adventures as two server merges bring more players together. At the beginning of August, the German DE 1 (Ancelloan) and DE 2 (Fortuna) servers came together to become DE 1 (Alzanor), while the English EN 3 (International-1) and EN 4 (International-2) servers transformed into EN 3 (INT-Valehir). This is only the beginning as eventually some US servers will also be merged.

All of your characters, spouses, and families will remain in place as servers are merged. Any additional characters exceeding the cap after the move will be deactivated and can be restored at your leisure. Your friend lists and spouses will also be merged and waiting for you on the new, combined server. As for families, all active ones will be moved over, and your Family Head will get a parcel with all the items from the family warehouse. So hop back into NosTale and take a look around!

To learn more about this announcement, make your way over to the NosTale community page:
https://gameforge.com/en-GB/play/nostale.

A press kit with logos, artwork, screenshots, and trailers is available here: https://uberstrategist.link/PressKit-NosTale.

Recently, Gameforge AG announced that the company has once again been certified as an "attractive employer" by Great Place to Work®. The Karlsruhe game publisher was recognized as a Great Place To Work® / Excellent work-life balance with hybrid working model / Outstanding team spirit. The award signifies the company’s trustworthy and even-handed leadership, as well as how it actively fosters and encourages its employees. Supporting a good work-life balance, excellent team spirit, and a diverse working environment count among Gameforge’s strengths.

The full announcement can be read here.

A full press kit can be found here: https://uberstrategist.link/Gameforge-Corporate-PressKit.