The Epic Games Store is getting a new achievements system

A new achievements system called 'Epic Achievements' is being added to the Epic Games Store next week.

Although the marketplace already had a 'developer achievements' system in place, which was operated by devs themselves, the new offering will be more similar to achievement systems on other platforms.

For instance, achievements will now be sorted into bronze, silver, gold, and platinum tiers based on their XP value (as shown below). Players will only be able to earn a platinum award after they've amassed 1000 XP in a game, and will be able to share and track achievement progress by accessing a new 'Achievements' detail page.

Epic has been working with a number of its own partners to make the new system a reality, and explained it will initially be supported in titles such as Rocket League, Hades, Pillars of Eternity, Kena, Zombie Army 4, Alan Wake Remastered, and more,

The Fortnite maker is keen to get its new achievement tools into the hands of more developers in a bid to expand support, but said creators won't be pressured to use the new system. 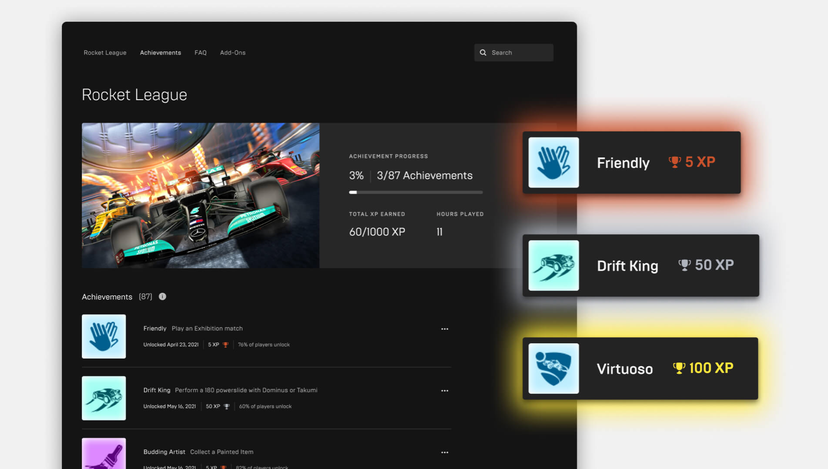