Nth Dimension[al] Hiking explores places you're not supposed to be, leaving players to explore and wander them as they seek the hidden truths buried within seemingly dead ends.
Alissa McAloon
Editor-in-Chief
February 20, 2019

Nth Dimension[al] Hiking explores places you're not supposed to be, leaving players to explore and wander them as they seek the hidden truths buried within seemingly dead ends.

Gamasutra spoke with Zachariah Chandler, developer of the Nuovo Award-nominated Nth Dimension[al] Hiking, to talk about creating worlds where the truth is hidden in out-of-the-way places and the joys of being lost and unsure in digital realms.

I just came out of a game design bachelors at RMIT (Royal Melbourne Institute of Technology). NDH is my final-semester project, actually. So, I’ve been making games for three years now. Before my degree, I hadn’t really meddled in anything game-related; I focused on visual art in school. 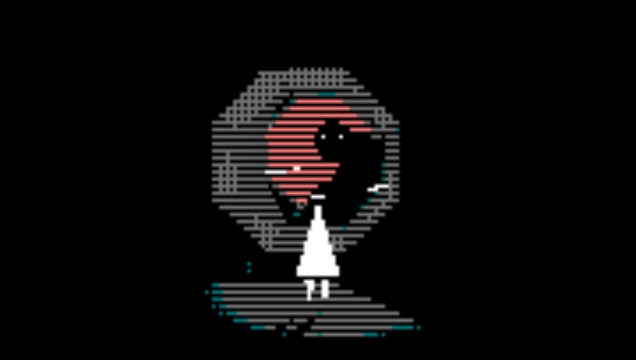 There wasn’t a single moment where I thought “I’m gonna make a game about a lil triangle ghost navigating an obtuse chiaroscuran public transit system,” but rather a series of disparate ideas came together all at once and coalesced into NDH.

I had been playing with the idea of a complex character controller that used Game Boy controls (D-pad, A, B, start, select) for a while before I started NDH. I also wanted to learn a little more about procedural meshes, shaders, and level design in general (ironically practical and production-focused for a game which would end up being so philosophical and theory-oriented). As I started to put all these things into the same project, some kind of a something began to take shape. I then spent six months talking to smart people and thinking lots about game design conventions and the kinds of works I liked and aspired to, and eventually I knew what I wanted NDH to be.

[I used] Unity for the engine, Shader Forge for some of the graphical stuff (although a lot of what I did could be done without Shader Forge), Atom for script-editing (C#), Blender for modeling, BFXR and Audacity for sound, Photoshop and Gimp for 2D graphics. 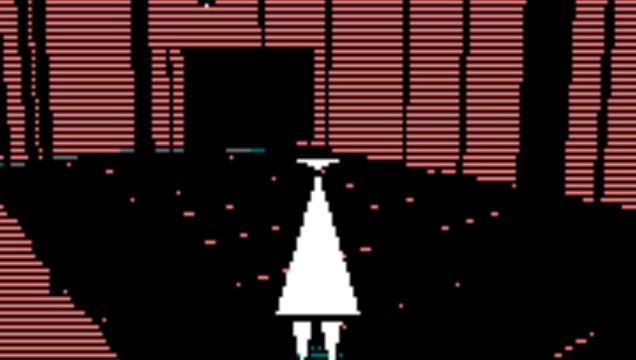 Honesty, I always want to make spaces that are mysterious and strange, but truthful. Every part of the geometry and environment is solid and interactable. There are no invisible walls. The space is always telling you the exact truth about what is there.

That kind of level design creates a trust between the world and the audience, and gives the space a great deal more weight and intrigue because the player doesn’t have to worry about arbitrary gate-keeping or correct paths or whether or not what they can see is what is really there.

Another aspect of this kind of design is encouraging lateral thinking. I spend a lot of time just dicking around and trying to get to strange parts of my levels. I like to find out-of-the-way areas and think about what it might be interesting to find there, and how it might relate to the rest of the space. Much like my mechanical design, the spacial design happens very slowly and organically, and usually according to what I personally find compelling.

Obfuscation. Everything from the graphics to the controls to the sound design is all set up to be a little opaque and inscrutable. The space itself is also arranged in such a way that if one follows it according to common sense, it will lead nowhere. One must instead poke around in the corners and edges of the space to find what is worth finding. You have to start thinking about the space in a different way, and while the whole environment is designed to be navigable by the player. it is not immediately apparent and that adds to that feeling of unbelonging.

I play a lot of walking sims. I think they might be my favorite “genre” of game. I also really like action games; games where you get a significant level of control over your “body” (Mario 64, Tomb Raider (1996), Elite Dangerous, and Eurotruck Simulator 2 are good popular examples).

One of the things I particularly enjoy doing in walking sims (and in games in general) is trying to get to places that it looks like I shouldn’t be able to get to, or to climb as high as I can. Unfortunately, most walking sims do not have interesting controls with which to do this, but they often have compelling atmospheres and environments. I wanted to combine these two things and create a slow, atmospheric action game.

As for the specific mechanics/affordances: I chose those based on what I wanted to do while I was prototyping; I didn’t have a comprehensive list laid out prior to development (although I had some rough ideas which I had been mulling over for a few months before I started). I wanted to fly, so I added a glider. I wanted to see in the dark, so I added a torch, and so on. Much of the refinement process was simply sitting down and playing - seeing how the different tools talked to each other and what kinds of meta-tools they created. It was very organic. 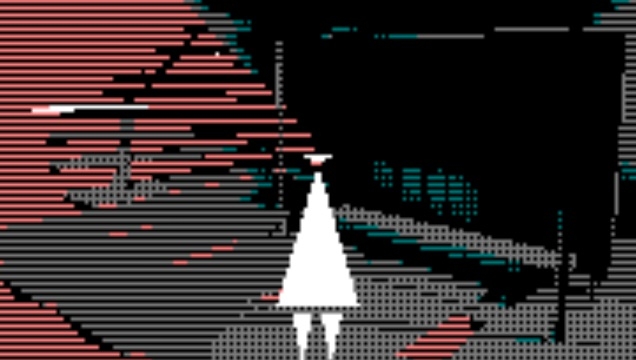 Allowing the player to become lost

I think games focus too heavily on being easy to understand and easy to consume. If players are confused or uncertain, then this is seen as a flaw in the game. I think that’s garbage. Sometimes it’s cool to be uncertain or wary or to feel kinda lost, and creating situations for players to feel that way shows a level of respect for your audience, as well as the world you have created.

NDH is about learning. You have to learn how to use your tools, how to navigate the space, where to go and how to get there, and being able to read the space is a part of that. I think the game would lose something if it was easier to look at and understand at a glance.

When I was a little kid, my dad took me to his university computer lab and sat me down with some games while he studied. I don’t remember much of what I played, but I do remember being kind of afraid of games. I didn’t really understand the limitations of technology or have an awareness of the concept of authors or designers, so to me, these things just existed with no origin or history except what I could see on the screen.

Because I was so young, I often had a hard time understanding what to do or where to go or how to engage with the games properly, but I had this implicit understanding that there was something more going on than what I could see, and that if I just kept trying I might find out what that was.

The combination of not quite understanding how to engage with an object, and the implicit promise of something more to discover if you just keep trying, is a really cool feeling, and is something I wish more games would embrace.