Orbital Bullet steadily climbs through generated 360Â° stages, having players working hard to survive incoming gunfire when it wraps around the level to hit them.
Phill Cameron
Blogger
February 12, 2020

Orbital Bullet steadily climbs through generated 360 degree stages, having players working hard to survive incoming gunfire when it wraps around the level to hit them.

Gamasutra had a chat with the developers of the Best Student Game-nominated title, talking about the way even basic enemies and design elements are affected by the game's 360 degree stage design, as well as the challenges that came from designing combat from this viewpoint.

Maechtel: I‘m Robin Maechtel! I'm 21 years old and part of SmokeStab, developers of Orbital Bullet. My main role is gameplay programming and game design, working closely with Yves, but I also made some 3D assets here and there.

I studied game development for 3 years. As a child, I also played around with Unity, Blender, and Gimp, and tried to create games. They were basic, but it was something. After school in 2016, I attended university in Germany to study game development. There, I met Yves and we teamed up, worked on a smaller side project, and have been working on Orbital Bullet since then.

Masullo: I‘m Yves Masullo! I'm 27 years old and part of SmokeStab, the game studio behind Orbital Bullet. My main role is programming and game design, which I do closely with Robin by bouncing ideas back and fourth. Besides that, I did the 2D art and parts of the sfx in game.

I toyed with games all my life, changing game files, modding things and using the Warcraft 3 map editor a lot to design my own experiences. In 2013, I started as a software developer and worked on tiny games in my spare time. Shortly after that, I created a tiny company developing mobile games on the side. In 2016, I started to study game development at a university in Germany and kept making games in my spare time and doing a bit of freelancing. In 2018, I founded SmokeStab together with Robin, and since then, we've been working on Orbital Bullet. 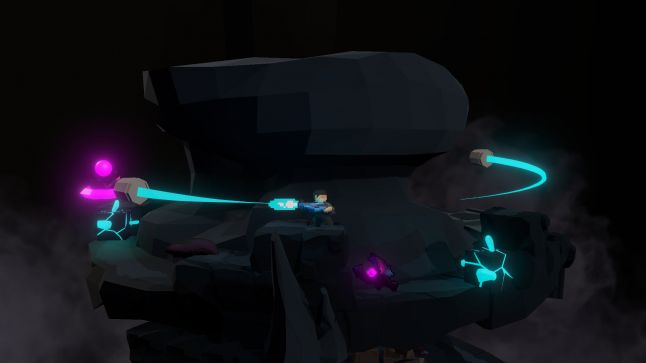 Born of a jam

Masullo: Orbital Bullet found its origin in the Ludum Dare 38 Game Jam, where I created Noizy. After fiddling with the technical stuff for a while, Robin joined me. We focused on the core to create a fast-paced action game with an interesting twist to it. The 360 degree mechanic was there from the beginning, but evolved a lot over time.

Maechtel: We use Unity at the core, with some custom stuff for animations and collision handling. 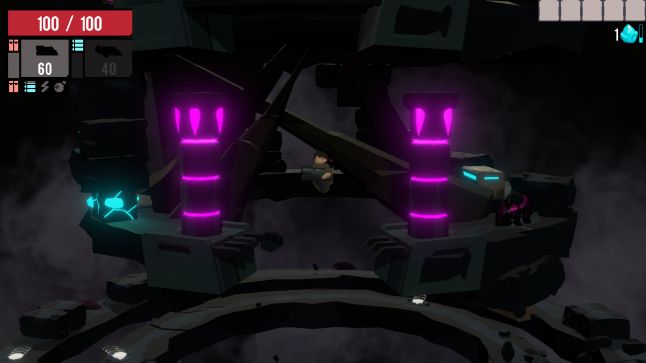 Maechtel: It’s very interesting to put known enemy designs into the game and discover the possibilities of the 360 degree mechanic, seeing how it gives them a new twist. Another really cool thing is that we work in a 3D space but kept the precision of 2D platforming and combat. The unique look on top is a welcome gift.

Masullo: Readability is a big deal, because the focus between foreground and background is switching a lot. We have added different circles to the game that enabled layered combat, but sometimes players couldn’t tell if an enemy was on the inner or outer circle.

The good part was that the wrapping elements enabled a connection between the circles which made them feel like one consistent level instead of two separate layers played one after another. 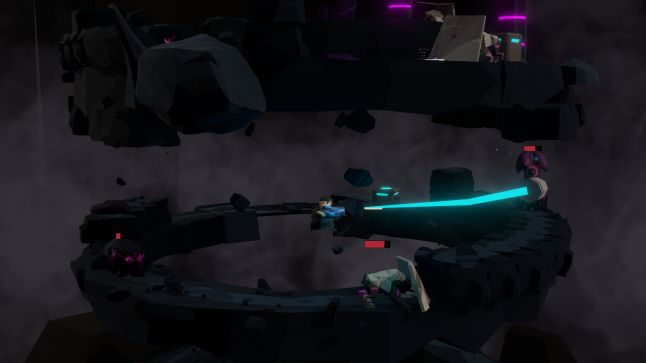 On how this unique viewpoint affected players

Maechtel: The great thing about the viewpoint and movement is that it gives a new spin to the gameplay and visuals without destroying the intuitive gameplay. It’s interesting how this affects the playstyle of the players. As soon as a new level gets entered, there is briefly a second in the air where the player scans the different layers and adjusts their approach to the level with the 360 mechanic in mind.

Masullo: The body mods and upgrades serve the purpose of giving the players the possibility to specialize their own playstyle. It opens up new ways to approach combat and movement throughout the game. It creates synergies to give the player a curve of escalation that fits the whole fast-paced action theme of the game.

Maechtel: We give the players the freedom to plan their own routes and which goals they want to pursue as they play. This means players can take a safer but longer route, a dangerous short one, or a mix of both. Depending on their choices, different things will be unlocked in the overall progression of the game and the rewards will change. For example capturing an outpost can grant access to new resources in your base or at the black market, making new body mods, upgrades and weaponry of that type accessible.