Arrog, which was nominated for Excellence in Visual Art, follows a man through his dreams as he accepts his own death. It's an exploration of finding acceptance in death, aiming to reshape our look at death and mourning.
Alissa McAloon
Editor-in-Chief
June 04, 2021

Arrog, which was nominated for Excellence in Visual Art at this year's Independent Games Festival, follows a man through his dreams as he accepts his own death. It's an exploration of finding acceptance in death, aiming to reshape our look at death and mourning.

Gamasutra spoke with Mateo Alayza, the game's director, about the cultural roots and personal meanings behind the game's art style, what drew them to explore death with their work, and how the creation of the game helped them deal with their own feelings on passing on.

Who are you, and what was your role in developing Arrog?

I am Mateo Alayza, the director of the project and the creator of the visuals and story of Arrog. I come from a family of artists, and I consider myself to be one. I studied painting in university, and later I have used that knowledge in arts to bring it to other mediums such as design, illustration, animation, and video games. I have done this for one simple and strong reason: art is a way to give depth to things though rational or sensitive thinking.

I have been making games all my life. My experience comes from trying to find new ways to have fun with my friends. We always invented games and worlds, and often realized that we were doing things very differently, especially because we enjoyed the mystery that comes in the process of creating something. We liked that a lot.

I have been working in video games for about 8 year now, leading some projects and also participating as an art director and creative director. What I love most about video games right now is the enormous possibility of exploration in bringing new ways of communicating concepts and powerful ideas to the world. To bring deep concepts and to make them work mechanically, but also symbolically. This is no doubt a really beautiful experience and challenge.

I live in Lima, Perú, and here we have a tradition of division through arts and sciences. This is very bad because it also comes with the prejudice each world has over the other, meaning that artists see science people as gray, rational people with no capability of communication nor understanding of sensibility. On the other hand, artists are seen as chaotic, wild people that only work alone. The industry here is small, and there is a vast majority of people coming from sciences such as programming, so i knew that if I could cut through the prejudices and differences and find an intelligent team to work with, I could make a game with many unique possibilities. This would mean we were changing how things are "supposed" to be done. This is how Hermanos Magia, my studio, joined forces with Leap Game studios and decided to make this project called Arrog. 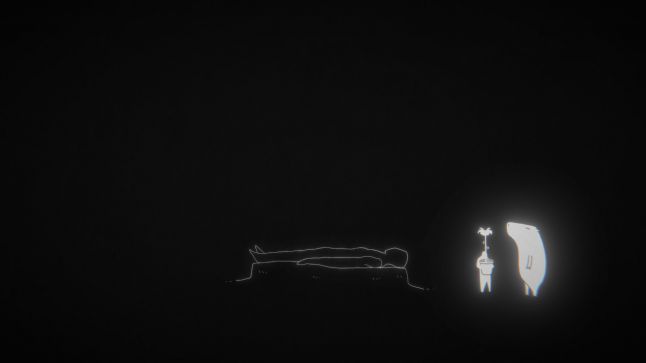 How did you come up with the concept for Arrog?

Arrog comes as a consummation of different experiences in my life. As an artist, I have always explored the subject of death. This interest is not a macabre fixation, but an exercise that seeks to find new ways to think about it, because thinking about death is a territory of speculation with many answers where no one is a final truth. This is important because we live in a society that constantly stays distant from this matter.

So, I wanted to make an indie game that came from my speculations, but also comes from the context of Perú and the cultural influences that this subject has here.This is a key element, because the game is, in a way, a split balance between the specific voice of an author and the voice of a context. It's different from what we usually create here. This is an effort to bring a different type of game to the local industry of Perú and Latin America - one that shows that we can share even more and communicate our specific themes to the world.

We used hand drawings for the characters, scanned textures of paper for the background, Unity for the programming, and some shaders to make a common visual language with everything. We also started the project with the idea and then the game mechanics. This generated a different kind of result that made us make three different versions of the game before reaching the final cut. This methodology is very interesting because it demands a great deal of visual feedback and elaboration in every little part of the game, helping enormously in the immersive aspect of the experience even if it is riskier, and many times you advance blindfolded.

My interest in this subject is the interest I have to talk about death as something integrated with life. We laugh because we suffer. I think it is extremely important to look into our own lives, and even moreso, the relationship we have right now with nature. In short, to accept death is actually to accept life, because the preconception we have made of it comes from the fear and suffering we see in "our living worlds". Because the game has a metaphorical language, this can be used to interpret and think about not only life and death, but the general idea of acceptance of a loss or a process we are living. 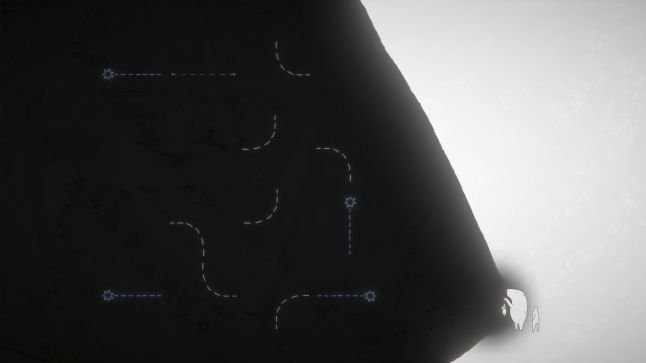 How did you choose an art style that felt right for the game? What thoughts went into it? How does it reflect and enhance the game's themes?

The simple art style that I chose came from three different references. The first two are folklore representations that we see in Peru, specifically in "Tablas de Sarhua'' and "Mates Burilados." Both are iconic pieces that tell stories life in the community. They both have a certain similar look, and the visual composition is similar to the point of distance I used to tell the story.

The second criteria was thinking about the little drawings anybody could do in a sketchbook. The idea here is to find the intimacy that this visual design gives to anyone. Talking about a subject like death always comes with people's preconceptions. This didn't help at all, because I did not even want to mention death in the title of the game because I wanted to give a freeing experience to the player with a new and different approach to it. We give so little content so that the player protects their own imagination onto it. This visual style allows for that.

Much of the game is in black and white, but there are splashes of color about. How did you choose which moments to bring color into the game? What did you want color to express?

The game has a split language of black and white; this is the reality of the main character. You pass from the dark real world of the jungle and the old hunter to the inner world of his feelings and dreams. However, I didn't want to separate this completely. I wanted to integrate them questioning the reality of the game. This is why, during the final levels certain things happen, and this is no mere mistake or something purely esthetic. The color comes as a true representation of realization or consciousness of the character.

Color comes as a strong emotional element, but at the same time, is a powerful way of making you feel that you are now out of the one world of the main character and really out in your world. This is why (spoiler alert) at the end, the sound design of the world emulates the real sounds of a living jungle with capybaras. There is no weird ambient music around anymore because this was part of the sensibility of the main character and how he left his world. Color is an expression of clarity - a realization on the part of the main character. It is also a realization of how the world can be seen as a circle.

What thoughts went into choosing the moments in life you portrayed for the game's narrative?

The different times that are in the game are very specific and simple metaphors that talk about the universality of how life becomes harder. The challenges of the other moments are in trying to break the normality of our customs towards being mourned through guilt and sadness alone. I think these two are very important, and I can't judge other people's processes, but at the same time, these two concepts come as the cultural heritage we have to confront to look at a such a mysterious moment like death. If we can't know what death is about, then death is a place of knowledge about not knowing. It is especially important to question what we do and why we do it in the present day. 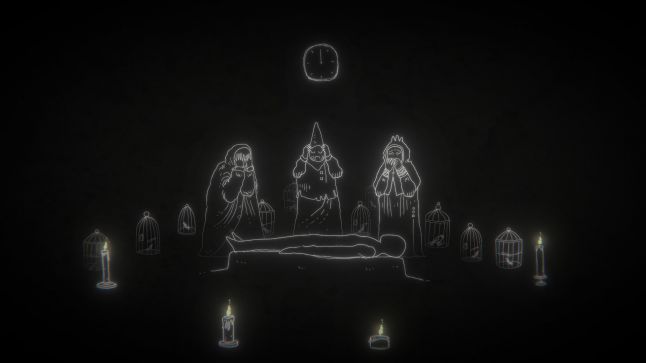 How did you create puzzles that fit into the narrative and theme?

We aimed for very simplistic puzzles for Arrog because we wanted the player to be there for the story and experience instead of the opposite. This is why the game is highly intuitive and doesn't explain much about anything. The simplicity of the puzzles were key to helping the player have a sense of achievement or progression, but at the same time never make them feel like the complexity of one logical problem and the progression of solving it was the key to understanding the game. Every puzzle works with the metaphors of the game, so the action itself is like an extra level of interpretation of the game's situations.

In creating this game, have you come to terms with any of your own feelings about life and death? How so?

In my life, I suffered a personal loss. Coming to terms with this has been an enormous learning exercise. It is very significant because it happened during the early process of creating the game. In my personal life, this exercise was a way of telling myself that this loss could be handled - that it could be seen with different eyes. When I finished the game, I saw that I had created exactly what I needed for what I was living through, but strangely, it wasn't for me. It was made for the world.

I think this is especially interesting because we often talk about art or creation as an exercise that liberates people and helps us to surpass our traumas or hard experiences. Not that it fixes the loss, though. Arrog helped me to understand that, in order to get to the place I needed to be, I had to confront the same subjects I aimed to reflect in the whole journey that the main character lives through in the experience of Arrog.

The final lesson for me was the same as that of the game: life is much greater than the sadness we mourn - the sadness we use to cover our lack of understanding and why these things happen.  Saying goodbye to someone should be an act that acknowledges that person with what we most liked or shared with them - the best of all we shared. To do this is to bring them back to life in the present time.