Why We're Keeping Our Enemies A Secret

Think about any game you’ve played with monsters or aliens or zombies; the first time they jump out, it’s terrifying, and you hope you never see them again. But after a few hours they become familiar, and familiar just isn’t scary.
Brian Jamison
Blogger
June 05, 2015

Brian Jamison is the founder of Jumpdrive Studios, an indie game company in Portland, OR. The team's first game, XO, is currently in development. This post originally appeared on Jumpdrive's blog.

The idea of a faceless enemy is something I’ve been kicking around since reading the Lost Fleet series. Back when I first started writing for XO, I had an entire backstory for the enemy. I knew who they were, what they wanted, and why they should be feared. But the longer I worked on the game, the less excited I felt in regards to the story’s antagonists. Think about any game you’ve played with monsters or aliens or zombies; the first time they jump out, it’s terrifying, and you hope you never see them again. But after a few hours they become familiar, and familiar just isn’t scary.

In the end, I’ve decided to keep this information to myself. Seriously. Not even the rest of my team is in the loop! I think it’s scarier not to know. 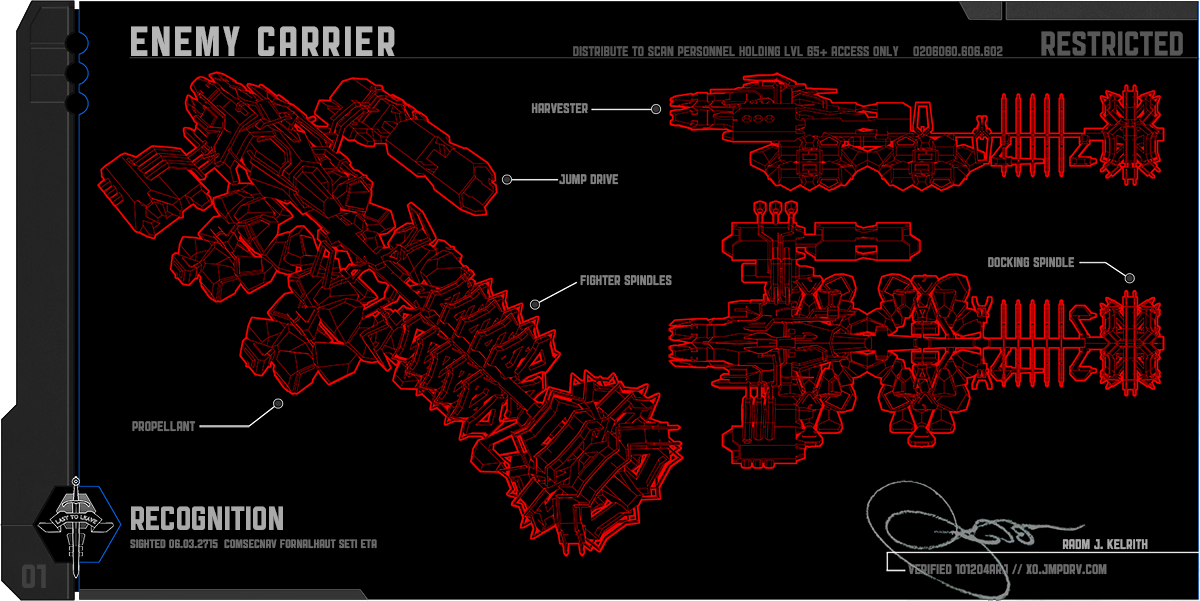 We’ve been pitching the game with this line for months: “Command a fleet of starships against an unbeatable enemy.” The most common question we hear after that is, “So how do you win?” Our game isn’t about destroying every last trace of your adversaries, it’s about leadership and survival as you fight your way to escape. Lead your people well and yes, there will be an epic, final battle. Make it through that and you have saved humanity. Along the way you’ll be making hard decisions, and not everyone is going to make it.

In XO, you’re up against overwhelming odds. You’re out-numbered, out-gunned, and low on resources. But the enemy isn’t trying to blow you up. Your ships are being disabled, and the people onboard are being taken away, one-by-one. To what end? We’re not telling. Maybe a fate worse than death. Imagine your loved ones are taken away, and you don’t know if they’re dead or alive, what their living conditions are, what they may be forced to do… that’s truly terrifying.

In addition, there will be radical characters in the game who believe that humanity is being taken away for good reason: that the enemy isn’t a threat at all, but a savior. And that’s what’s really exciting about the mystery of it all. We’re opening this world up to all kinds of scenarios that you just can’t do with having the game laid out in black and white/good vs. evil.

I’m excited to explore the wide range of of characters you’ll have to work against – or find ways to work together. Not merely those faceless red ships, but desperate people who are also making difficult choices. Some of them may turn to piracy, go stark raving mad, or organize mutinies, and some of these people will even be in your own flock.

So what's your favorite enemy?  Hit us up on Twitter.