Why we play video games

In this article, I break down 5 reasons why people play video games.
Jonathan Bailey
Blogger
September 12, 2018 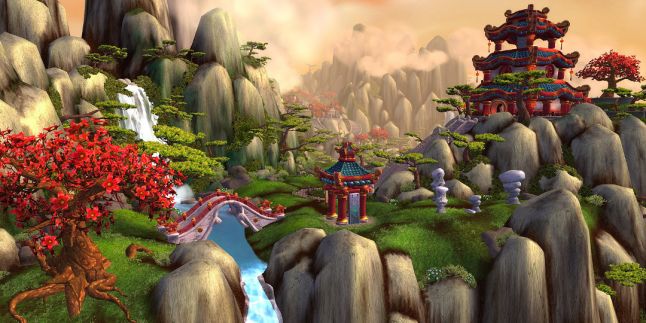 At Plinq we're obessed with the effect games have on players, and why people play them.

We are biologically programmed to be curious. Curiosity is our drive to acquire new information and experiences, which enables us to learn.

When confronted with a new game, we do not know the rules of the world, and by playing we discover these magical rules. What can we build? What can we destroy? How high can we jump?

Games, like stories, make us wonder what will happen next. How does the next level look like? What is the next enemy character to fight? What is in the next chest? 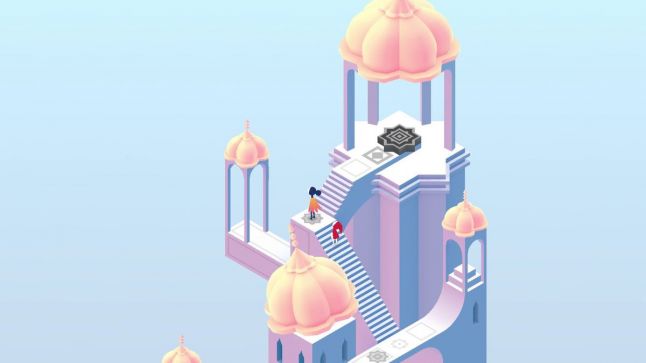 Games allow us to take risks without suffering the negative consequences.

Games allow us to experience a dangerous situation without actual danger and to feel some of the same emotions. Call of Duty gives us the thrill of running through a battlefield, dodging bullets and explosions; Silent Hill puts us in a town full of terrifying, nightmarish monsters; Spider-Man gives us the rush of swinging between New York’s tallest skyscrapers. 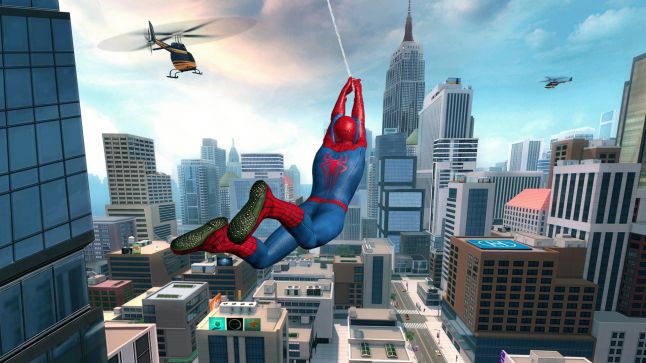 Games allow us to experience power and responsibility without letting people down. SimCity lets us govern entire cities without the risk of leaving people homeless; Age of Empires lets us lead an army into battle without the brutal aftermath of war; Theme Park and Theme Hospital put us in charge of large organizations without the risk of losing all our money or having innocent people killed. 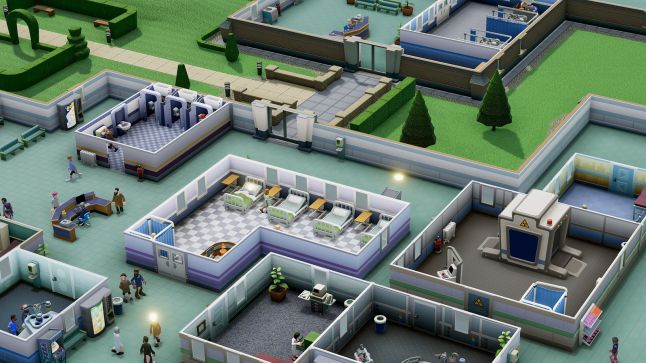 Games also allow us to explore situations that might not be socially acceptable. Assassins Cred allows us to commit crimes for the greater good, without being arrested or killed; The Sims lets us have a same-sex relationship without fear of judgment.

Like no other media, games can show us things we did not expect.

Unlike the fixed plots in literature and film, the outcome of a game is uncertain: it can be different each time we play. Spelunky combines random and authored content to create an infinite number of procedurally built levels. By mixing up the map each time the player dies, it makes it impossible to master a level, instead giving the player a new adventure each time they play.

Making the story interactive allows for more complex stories to be told and more impactful surprises. BioShock, a first-person shooter set in an underwater city, has several surprise endings depending on your decisions during the game. Forced to make the complex moral decision of slaying or saving characters to progress, you are met by an unexpected and emotional appraisal (or condemnation) by the narrator at the end of the game.

In Undertale, every decision you make changes the dialogue, characters, and story. When you least expect it, monsters you encounter in your quest remind you – subtly or abrasively – of your past actions, even from previous games.

Games give us control

Games make us the master of our own universe. They are compelling solo activities that allow us to create and build, to drive the narrative and have agency in the outcome.

In Minecraft, you have an infinite world at your disposal where you can mine 3D blocks and use them to build almost anything. With no specific goals, you have freedom in how you want to play the game. In Lego Worlds you can create entire worlds of Lego and populate them with buildings and characters of your choice. 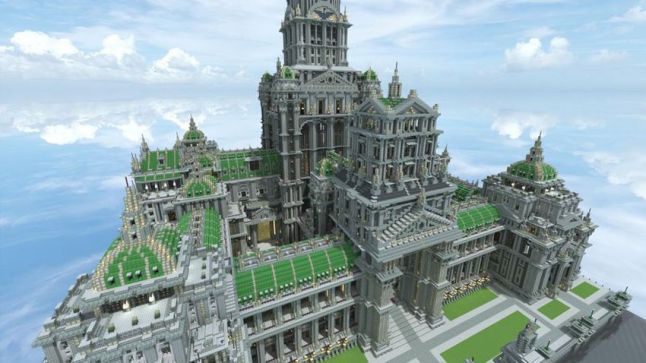 Games also allow us to express our creativity. The in-game creation tools in Little Big Planet lets you build levels with the materials you’ve collected and share them with other players. The levels you create can be used for racing, shooting, fighting or any type of game you decide. 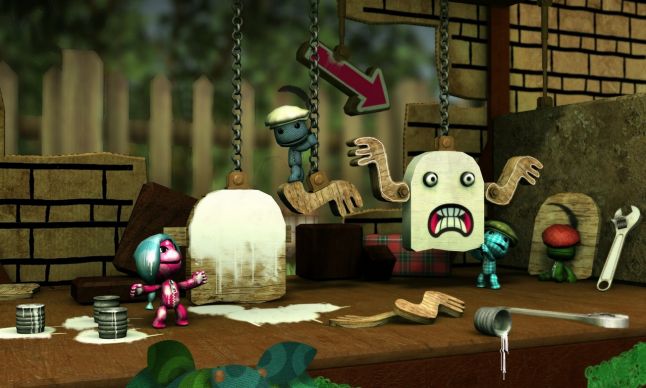 Black and White lets you play as a good or evil god, ruling over your followers and deciding their fate.  Acts of cruelty cause the sky to darken and the music to grow eerie, allowing you to shape your experience and drive the story.

Games satisfy our need for accomplishment

There is a tension between accessibility and challenge, and games can strike a balance in unique ways to maximize our interest, enjoyment and sense of achievement.

Mario Kart slows down drivers in the front of the pack and speeds up those that are trailing, making the game continuously competitive and ensuring there is always someone around you to battle with. 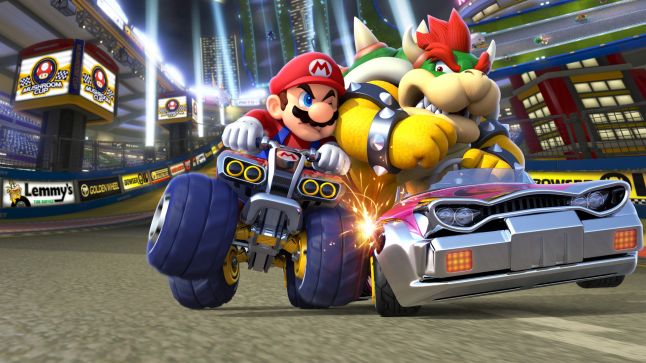 Left 4 Dead monitors your health to adjust the location and number of zombies you encounter, making each match tightly contested but achievable. Angry Birds staggers the difficulty of levels; challenging levels are followed by relatively easy ones to give you a break and enhance your sense of achievement.

It may take years to learn a skill in real life, but games can simulate skills and make us feel accomplished in a much shorter time. You can play a perfect version of Stairway to Heaven in Guitar Hero, do a backflip on a 14 ft (4.3 m) half-pipe in Tony Hawk Pro Skater or drive a Porsche 911 GT1 at 200 mph (322 kmph) in Need for Speed: Porsche Unleashed. 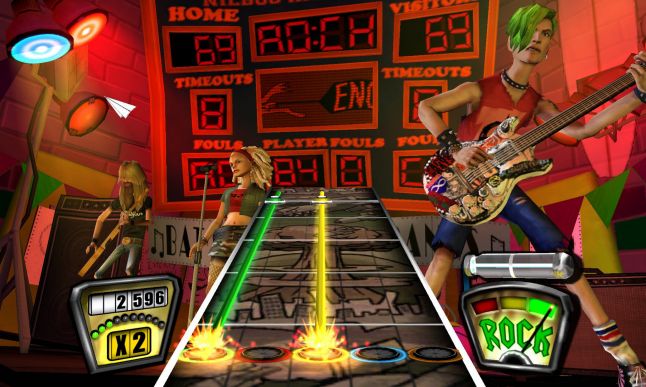 Games use behavior-reward systems to prompt specific behaviors and reward you at a rate which is optimal for satisfaction. The most extreme examples are gambling games that remove most of the meaningful play and only keep the behavior-reward mechanisms.

Games like World of Warcraft balance fixed and variable reward systems. Whereas loot will only sometimes be left by a defeated mob or enemies, you will always be rewarded for mining gold.  This combination provides maximum satisfaction (from the chance of winning something) while lowering the risk of player burn out (by providing a break in the game).

Games are powerful attractors of communities that give us a common interest to connect over.

Massively multiplayer communities like World of Warcraft lets us build friendships by joining a guild, going on quests and helping our fellow guild members to level up. This gives additional meaning to our actions and a greater sense of purpose.

Games reduce or eliminate many social boundaries allowing us to easier connect with people. Words with Friends allows you to challenge up to 30 friends or strangers to a word game.

Games like Pokémon GO allow us to team up with friends and experience situations that are outside our normal experiences; to roam unexplored streets to catch Pokémon and defend our teams base. 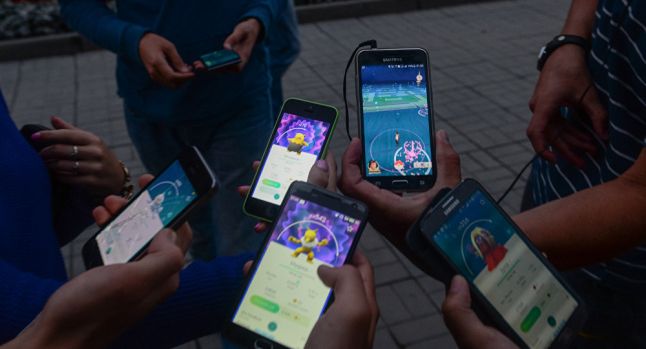 Finally, games like FIFA and Pro Evolution Soccer let you pick your favorite team and compete against (or team up) with friends, creating a sense of comradery often experienced by sports fans.