What can game designers learn from gymnastics teachers?

Answer: we can learn at least one thing, and this is what it is.
Hamish Todd
Blogger
October 21, 2013

I was at a local gymnasium yesterday, trying to do a front flip (onto a crash mat). Annoyingly, people around me were progressing much faster than I was. 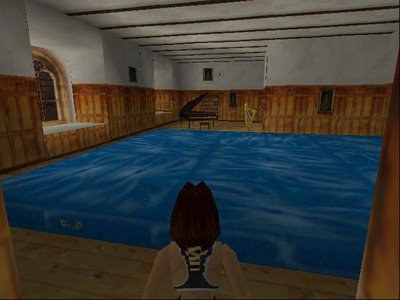 An elderly tutor (whom I later found out had trained two Olympic champions) took pity on me, and brought me aside. He made a pile of three crash mats, and positioned me facing them sideways "Do a forward roll onto there" he said.

That, at least, was something I could do. You put your hands on the edge, and roll onto it. Since you're going on width-wise, you immediately come off the other side, which feels weirder than a normal roll. So I stumble when I come off.

He got me to do it again, this time I didn't stumble when my feet hit the ground. "Ok" he said, and puts another crash mat on the pile. 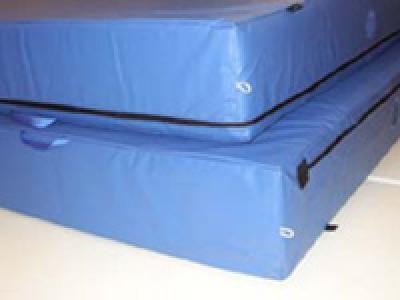 I do the same thing. I'm a short guy; this time I had to jump onto it to roll over. I did it ok first time. He added another mat. You may be able to see where this is going.

Eventually the pile reached my armpits. With it that way I was shakey, but he asks me to roll maybe nine more times over this pile. It's gets easy after a few. Kinda bored of it really.

"Right now..." he says after a while, and pulls two of the crash mats away. The top is now at my navel, about where it was after he had heightened the pile once. "Do that".

I try it - and this time my roll is weird. I turn over without the back of my neck touching the surface.

The old man nods, and takes another two mats off the pile. It's barely above my knee. "Again".

This time I do a flip, onto my heels, rather than my arse. I fall out of it, and I've done it lopsided, but I have something that can be turned into a good flip. Wax on, wax off, motherfucker.

What I want out of games is to be taught sophisticated things as clearly and concisely as possible. Therefore I think video game "teaching techniques" are a huge deal. I'm happy that there are a bunch of them around, and that some designers are using them well. (I'm angered that there are some degenerates in our industry who still don't bother about introducing game concepts elegantly, instead relying on text pop-ups, but whatever).

There are lots of games that introduce new mechanics/strategies in subtle, smooth ways. Mega Man X does it with the walljump, Portal does it with the fling, The Mighty JillOff does it in a level described here.

There are a lot of blanks in that description to be filled in on a case-by-case basis. Maybe the things in the game you are currently making could fit in those blanks!