The French government and European Commission have agreed in principle to fund tax credits for video games, due to their cultural importance - and Gamasutra tagged along with the French cultural minister and Ubisoft CEO Yves Guillemot to find out why it matters.
Game Developer
Staff
January 29, 2008

[The French government and European Commission have agreed in principle to fund tax credits for video games, due to their cultural importance - and Gamasutra tagged along with the French cultural minister and Ubisoft CEO Yves Guillemot to find out why it matters.]

On December 14, 2007, something unusual happened in Paris -- odd, even. It was crucial for the French video game industry, and maybe for the perception of video games as a whole. Christine Albanel, the new French secretary of culture and communication -- not the one who gave Knight in the Order of Arts and Literature medals to Shigeru Miyamoto, Michel Ancel and Frédérick Raynal back in March 2006 -- paid an official visit to one of Ubisoft's studios in Montreuil, a couple of miles at the east of Paris gates.

"Why pay Ubisoft such a visit?" we candidly asked Yves Guillemot, CEO of Ubisoft (pictured with Albanel below). "Well, the tax credits for video game productions have just been voted in yesterday by the European Commission. We wanted to talk a little bit about it, and Ms. Albanel wanted to show that she cares about video games, and that she intends to participate and help this industry to grow".

Though the general public isn't aware, for several years now French video game developers have been lobbying to get some help from the government. Ninety French studios are represented by l'Association des Producteurs d'Oeuvres Multimédia, which translates to "The Association of Producers of Multimedia Works" and is abbreviated to l'APOM, or "Apple". The president of l'APOM, Guillaume de Fondaumière, is also General Director of studio Quantic Dream (Fahrenheit, aka Indigo Prophecy).

Whether ruled by a left or right wing administration, France has a special interest in all things cultural, and regularly vouches for "the French cultural exception" to its European partners. Until recently, however, video game activity was not a part of the French cultural aura -- even though the French studios already had some financial help. 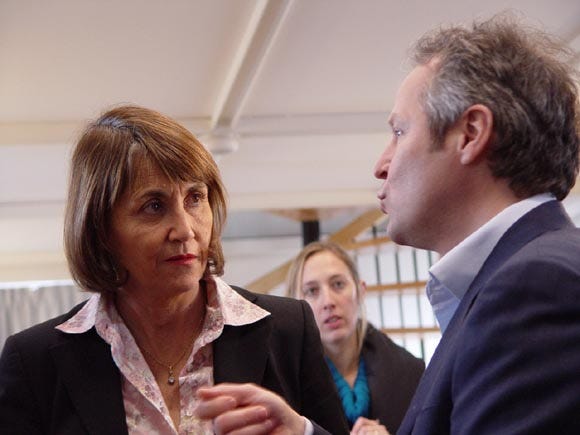 In 2003, the First Secretary of a prior administration allowed some funding for multimedia founding to go to French game studios. "Yes, the 4 million euros promised were quickly available and were indeed useful," acknowledged de Fondaumière, "but since then we had difficulty to pass the idea of the tax credits."

Yves Guillemot said, "This case is 4 years old. It's not new, but now that the European Commission did give its green light we need the French government to fully be behind it to accelerate and validate the process now." Fundamentally, this decision authorizes France to apply a 20% tax credit to support video game production (with a 3 million euro limit per studio and per year).

While the text of the law was already agreed by the French Parliament in January 2007, a new vote must take place at the Senate to amend the law and take into account conditions demanded by the European Commission.

"Hopefully all will be wrapped up during the first quarter of 2008 and we're asking for a retroactive process for 2007," de Fondaumière responded.

"They are many rules to have access to this tax credits", explained Guillemot, which must be fully explored and measured. For a studio, criteria to obtain the tax credits range from obligatory narration driven, artistic expenses, sociological and political issues relevant to European citizens, to the obvious requirement of non-pornographic product, to the doubtful celebration of the country heritage, and blurry, to say the least, "violence that could mentally, morally or physically hurt end users".

Now, if this tax credit is implemented to help independent studios build their projects, what is a big international corporation like Ubisoft courting the government for?

"The good thing is, it does concern all sorts of companies", explained Guillemot. "Developers with 100 team members, as well as a bigger creator such as ourselves. We don't have one mega studio in France."

"Ubisoft has several development studios, here in Montreuil, another one in Annecy, two at Montpellier, and each one of them create games that have the ambition to sell worldwide. And we work with many other French studios like Darkworks (Cold Fear), Lexis Numerique (In Memoriam) which develop their own exceptional products."

"These tax credits will allow them to be more competitive with other international projects, especially against American studios, while the dollar is losing 15% with the euro exchange, like last year."

Over the past several years, it is well known that Ubisoft has enrolled many French talents for its international studios, especially at its Canadian studio in Montreal. While France lost a big chunk of its workforce in the beginning of the 2000s,

"Montreal went from 90 professionals to 8000-9000 nowadays," de Fondaumière reminded us. Electronic Arts has a big share too. "French video game students have taken the habit of leaving France to get a job, to the point where we have difficulties recruiting. I hope that beyond the financial aspects, there will be a psychological one that would stop the bleeding."

So, does Ubisoft intend to bring some of its employees back to France? "What you need to know is that Ubisoft's success is directly connected to the fact that we are installed in many parts of the world," asserted the confident Guillemot.

"It is the synergy between all these international studios that make the French one strong. Many IPs created in France, or worldwide, may be developed in our French studios. It is because we have international studios that the French studios may expand. (In 2006) our French entities already had a 20% growth of their population. We recruit everywhere, and we will open studios in other parts of the world because we need to have more products to keep growing. These tax credits will give some fresh air and allow more creations in France."

According to de Fondaumière, "Independent studios working with Ubisoft are free to use or not the tax credits with their common production. At Quantic Dream, we're working on the biggest production in France (PS3 exclusive Heavy Rain) with Sony as a publisher. What interests me regarding Ubisoft is that they start new projects in France instead of abroad."

Which brings us back to the Ubisoft's studio visit by the secretary of culture. Before a quick and superficial chat with Yves Guillemot (pictured below) and six French studio representatives in front of the cameras, Ms. Albanel made a tour with four or five stops through the three-floor studio. She checked on the monitors how French creation Rayman: Raving Rabbids 2 was developed.

Then, always for the cameras, she was given a Wiimote and nunchuk to try out a game with the silly rabbits (which are originally baptized "lapins cretins" in French -- "cretins" having the same meaning in French as in English). Everybody had a smile, herself included, while shaking the controllers. 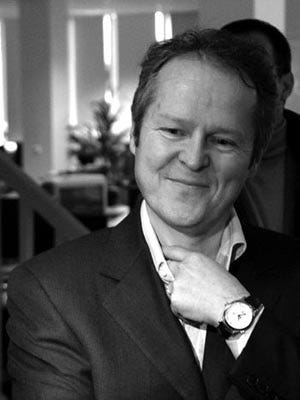 It was a strange, somewhat artificial show that probably served its political purpose -- but still raised some questions that would be rude to ask on this day of celebration.

One of them would be: can a secretary of culture really take this video game industry seriously when the highest profile game she is exposed to for the first time in her life is about some shouting, farting, funny, "raving" rabbits?

But, behind the financial and political issues which, after all, only truly concern the professionals. (Here's an example -- next to France, thanks to the European Commission, other European countries may have access to tax credits if they decide to.)

What really matters for everybody related to video games is that, in Europe, starting now, video game has the official stature of a "cultural activity" -- a cultural expression where art and artists are attached to video games as they are to music and movies.

Suddenly the French government agrees with us -- video games are nothing to be ashamed of working on, or playing with.