As games grow more complex and more popular, and as the first generations of casual gamers reach adulthood and beyond, the video game medium has the unique opportunity to gain recognition as a serious social tool.
Andrew Heikkila
Blogger
June 21, 2017

Matthew Smith recently wrote a piece for Salon titled “Video Games Aren’t Mindless — Or Heartless — Entertainment”, exploring the use of video games beyond traditional entertainment with titles like Papers, Please and Cart Life. The article follows Smith’s experience with games throughout his life, and how he began to realize that different games made him feel different ways, even to the point that they could even teach empathy.

“The experiences may be virtual, but the emotions they spark — and the understanding of other people’s lived experiences through them — are real,” he writes.

As games grow more complex and more popular, and as the first generations of casual gamers reach adulthood and beyond, the video game medium has the unique opportunity to gain recognition as a serious social tool. Contrary to Smith’s experience, there are those who are still debating whether or not video games cause violence and a lack of empathy. This development of the video game identity is of particular importance to believers and ambassadors of said medium. Additionally, the rise of immersive augmented reality (AR) and virtual reality (VR) tech presents new possibilities for development of video games that embrace heartfelt and mindful entertainment, and also act as serious social tools.

A History of Violence

When it comes to violence in video games, we all know the name Jack Thompson — or at least we should. Thompson is one of the more prominent lawyers to take a stance against violence in videogames — particularly the DOOM and Grand Theft Auto Franchises — and was portrayed by Bill Paxton in the BBC docudrama The Gamechangers. As of a year ago, he is still committed to his belief that violence in video games causes real life aggression; this is a stance that both the American Psychological Association and the American Academy of Pediatrics stand by as well.

The American Psychological Association stated in an August 2015 paper that research demonstrated a link "between violent video game use and both increases in aggressive behavior ... and decreases in prosocial behavior, empathy, and moral engagement."

Susan Scutti with CNN writes that “overall, the academy's summary of the results from more than 400 studies revealed a ‘significant’ link between being exposed to violent media (in general) and aggressive behavior, aggressive thoughts and angry feelings … however, they may not represent the views of the entire field.”

Indeed, Erik Kain has written extensively on these “other views,” particularly for Mother Jones, but in an article with Forbes he makes an important statement:

“The truth of the matter is,” he writes, “for every study you show me about how video games can make people more ‘numb’ to violence or more aggressive, I can show you one that says the opposite.”

The link between violence and video games is one that will continue to be explored, especially as video games become more immersive a la virtual reality. However, inciting violence in real life, whether directly or indirectly, is never (as far as this author knows) the intention of a game developer, nor is it even a common byproduct. 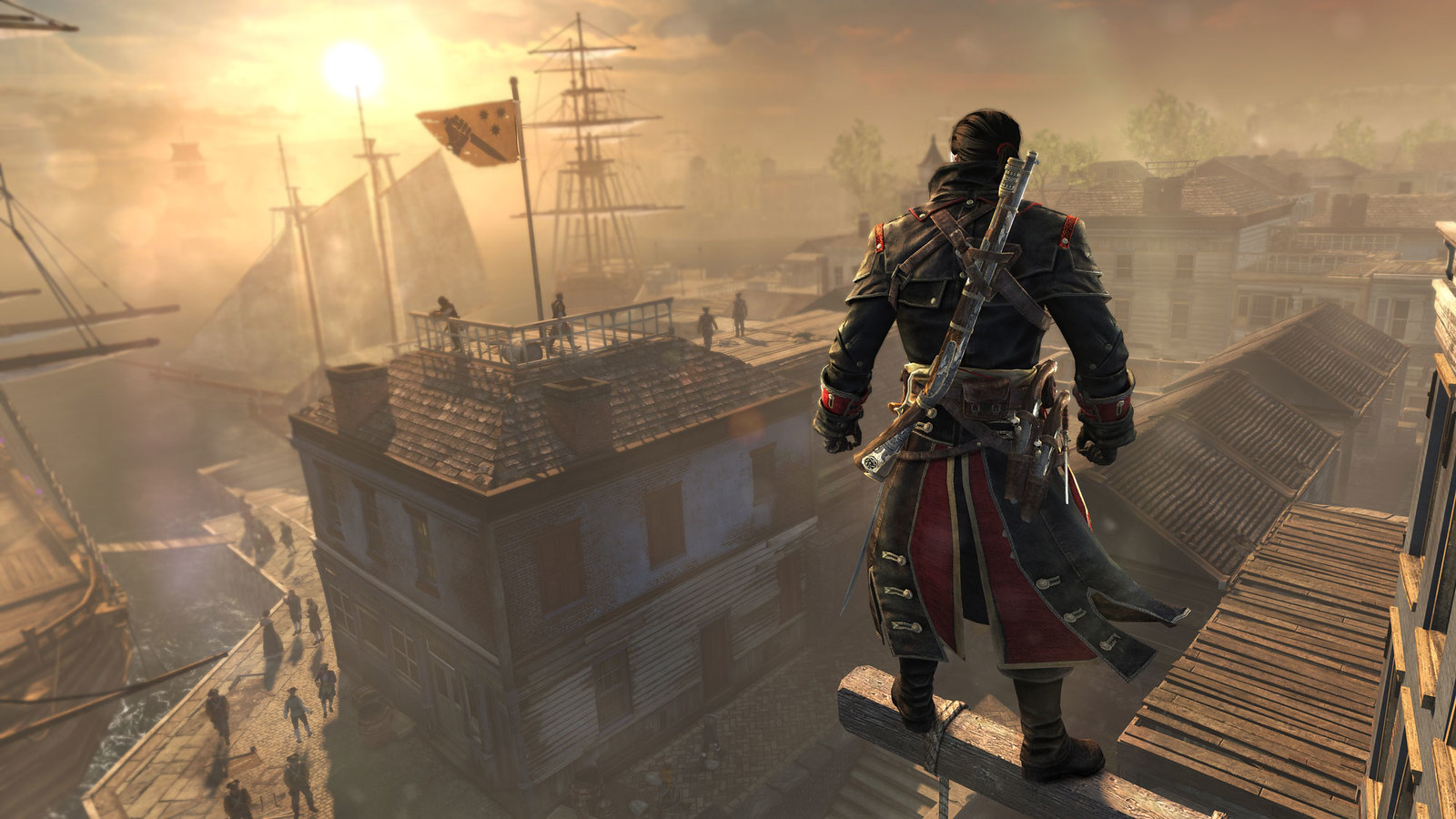 Interestingly, a new study by researchers at the University of Glasgow shows that video games may actually be linked to academic achievement. This study actually suggests that there may even be a role for video games in higher education, as they can teach “communication, adaptability and resourcefulness.”

Nicolas Trépanier, writing for Historians.org, states that video games can even help to teach history lessons through narrative arcs. Speaking on the Assassin’s Creed titles, he says:

“Looking at the first game in the series, set in 1191, some might argue that the most historians can do is to list the game’s (numerous) ­inaccuracies, and leave it at that. As I found out teaching this course, they would be missing an exceptional ­opportunity to show students that history is not merely “what happened,” but rather the result of research, source criticism, and debates in theoretical approaches.”

Elena Malykhina, writing for The Scientific American, believes that digital literacy figures into this conversation as well. She quotes Alan Gershenfeld’s interview with SA: “Digital literacy and understanding how systems (computer and otherwise) work will become increasingly important in a world where many of today’s students will pursue jobs that do not currently exist, says Gershenfeld...  Tomorrow’s workers will also likely change jobs many times throughout their careers and “will almost certainly have jobs that require some level of mastery of digital media and technology,” he adds.

Beyond the ability to educate and boost performance in scholastic settings, A.V. Club’s Matt Gerardi writes about “The Many Ways We Use Video Games as Therapy” and how, for example, Dark Souls has been cited multiple times for helping people deal with suicidal thoughts and is even possibly an allegory for depression.

The promise of positive real-world impact as a result of playing video games, thus, is established. As VR and AR become more mainstream, these positive impacts have the potential to multiply.

Therapy utilizing the immersive VR approach is, perhaps, on the horizon, as scientists at the University of Barcelona have been using Oculus Rift headsets to create out-of-body experiences, with the hopes of reducing the fear of death. The study, published in the PLOS One Journal and covered by The Next Web, attempts to create a “full body ownership illusion.” One of the authors of the study, Mel Slater, describes it thus: 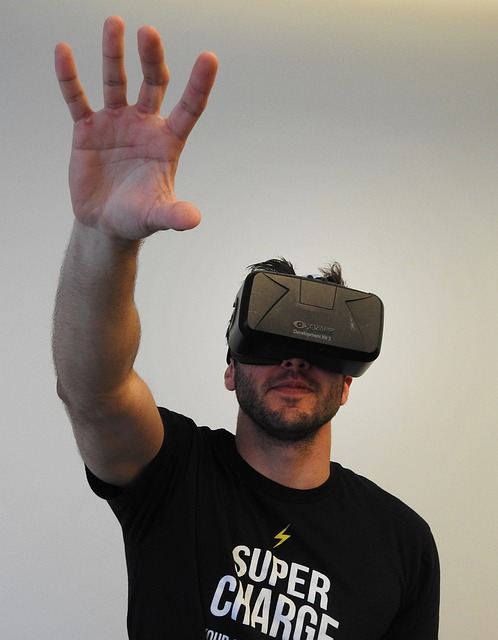 “My lab has been working for many years on the influence of changing someone’s body in virtual reality on their attitudes, perceptions, behavior and cognition. For example, placing White people in a Black virtual body reduces their implicit racial bias, while putting adults into a child body changes their perceptions and self-identification.

The study has been small with only 32 participants (all women), and is still in its preliminary stages, but scientists are hopeful that the simulation could help overcome fears of death and other anxieties.

When it comes to augmented reality, there’s no better precursor than 2016’s Pokémon Go. Not only has Niantic, Inc.’s CEO, John Hanke put himself forth as an inspirational example for those trying to find entrepreneurial success themselves, he also showed how we can utilize games to actually get fit — even if the poke-fad was short-lived. However, augmented reality climbing and other games like the virtual reality sport, Sparc, show us that workouts could seamlessly involve elements of gameplay in the future.

For those of us who love video games for more than just the mindless, heartless entertainment that some provide, it’s exciting to see many of these concepts taken seriously. There are plenty who feel like their lives would be incomplete without games — but it’s not easy to explain why. Hopefully, as more people begin to see video games as serious social tools as well, we won’t have to explain why. Hopefully, games are implicitly as positively impactful to them as well.