Tale of Tales' (The Path) Michaël Samyn explores the interplay between games and existing media, urging developers to have a full understanding of precisely what the elements of the medium they're working in add up to.
Michael Samyn
Blogger
February 16, 2011

[Tale of Tales' (The Path) Michaël Samyn explores the interplay between games and existing media, urging developers to have a full understanding of precisely what the elements of the medium they're working in add up to.]

Frank Lantz once argued that games are not media -- because they "do not carry an idea from one place to another." I tend to agree with him. But I like to add that "video games are not games."

A Different Kind of Games

When it comes to traditional games -- board games and card games, as well as children's games and even sports and dancing -- Lantz is clearly right.

Games establish a set of conditions within which humans play. Any meaning or message that comes out of the game is generated by the players, and was not enclosed in the game's design.

Video games have been similar to some of those traditional games for a long time. But there have always been remarkable differences. From the very beginning, many video games could be played by a person on their own. Many did not require opponents or partners, as most traditional games do. 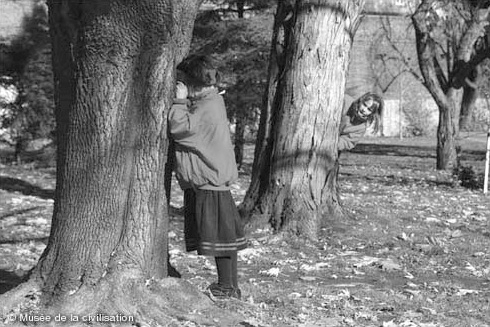 Some of the best traditional games have no author.

Video games have also been almost exclusively designed on purpose by individuals or teams. While the origins of many of the best traditional games are vague and complex -- they are essentially authorless. And finally, at least for over a decade already, the presentation of video games on computers is often immeasurably more elaborate and sophisticated than anything we've seen in any of the other games, many of which can be presented through arbitrary tokens.

There's a tendency among developers to dismiss the visual presentation of a video game as "eye candy" or "skinning" or the evil necessary to appeal to a larger market. But what if we would take this presentation seriously instead? What if we look at video games as simulations of fictional realities, as representations of humans and their behavior, as aesthetic spectacles of images and sound and text and motion? Don't they start looking very similar to a medium then?

A Medium Unlike the Others

To be sure, video games are a medium unlike any before. The central role of the player and their ability to interact and change the presentation, makes video games rather unsuitable for the kind of expressive or informative art that we are used to associating with media. But what if we look at this capacity for change as an opportunity rather than a restriction? 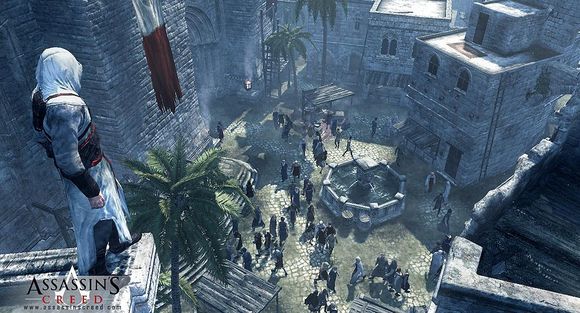 Building fictional worlds around the player.

Why would we want to tell a straightforward story like other media do? Have you seen a Hollywood film lately? All stories are the same, apparently. Why would we want to tell this same story again? And what about the desperate attempts of the more artistic directors and writers to cut their stories apart and make absurd associations for the sake of escaping the terror of plot? Pathetic! But at least they understand that there is a problem. They just don't know that we have the solution.

And neither do we, apparently.

According to Lantz the term "medium" implies "something that carries information from a source to a destination." But I think this too materialistic and too functional a way of looking at media. Media are not just conduits for messages.

Not only do I doubt very much if artists really have some kind of clear message they're trying to convey in their music or their painting or their film. But media as experienced by a member of the audience have very little to do with information.

Who cares about the message of a high definition action movie projected on a gigantic screen? Or about the goal of the composer when we are enjoying listening to his mass? Experiencing media is about what happens inside of me, and has very little to do with the source or the message or the medium.

But even if media are as rigid and straightforward as Lantz suggests, why would they need to remain that way? It's not hard to imagine a medium radically changing under impact of computer technology.

And it's equally quite likely that an entirely new medium emerges from this new technology, a medium that is as different from all the others as cinema was from painting and printed text from marble sculptures. In fact, it is difficult to imagine a new medium not evolving out of such a versatile technology!

A new medium, with new properties and new parameters. A new medium that demands a new attitude from the audience, a new way of interacting with it and "consuming" its "content" -- to use Lantz's terminology.

I agree with Mr Lantz that games are not media. And developers, whose interests lie in games, would do well to avoid association with media because it dilutes the play activity. But developers with an interest in the representational qualities of video games, in simulation and stories, should also heed his advice!

Because if games are not media, and one is nevertheless interested in the media-qualities of video games, then it's probably a good idea to stay away from the traditional conventions of games. 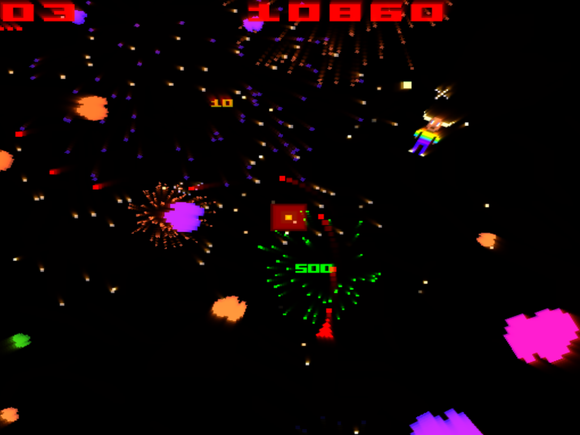 Video games that are not media are better games.
(Minotaur Rescue by Llamasoft) 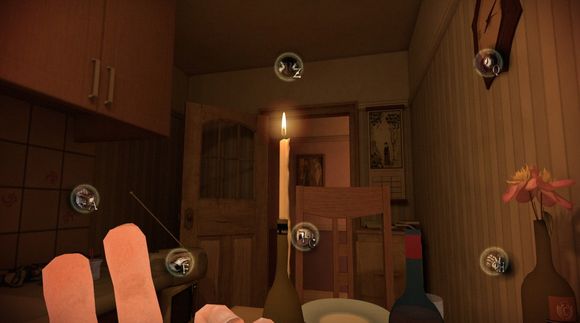 Video games that are not games are better media.
(Dinner Date by Stout Games)

I believe the key to expanding the audience for video games lies in the acceptance and embrace by developers that video games -- unlike traditional games -- are media. The impressive graphical presentation of video games has lead to their enormous success. The promise of participating in a virtual world holds irresistible appeal. But the discovery of rigid systems of game rules underneath the seductive spectacle turns all but the most persistent away.

Now, we could be stubborn and insist that everyone just become tough enough to deal with the missions and tasks and grind we so carefully construct -- after all, we enjoy it, so everyone must be able to! It's a matter of literacy, some would say. Or we could be nice designers and try to cater to people's expectations. If they can see such a wonderful thing in our medium, why can't we?

It's not that people don't like playing games. But when they turn to their next generation console or their souped-up PC for playing, it's not out of a desire to interact with abstract systems. It's because they want to be immersed in an emotional spectacle, they want to take a ride through a fantastic landscape of sights and sounds.

So give them that! Don't order them around to perform a certain task, do this or that mission, attain some goal, etc. Allow them to live the fantasy. Set your metaphors free! Make the experience about the characters and their adventures! Don't craft some kind of story to justify cool game mechanics, but invent new forms of interaction that support and enhance the experience of the fiction.

When we open up to the potential of video games as a medium, we will automatically discover a much wider range of subjects and styles. As a result our audience will expand over the entire population, much like has happened with film and print, when they grew out of their geeky period. There will be video games for everyone. Because video games will be a medium.

At Tale of Tales, we attempt to respond to this desire of video games to become a medium -- in our own modest, independent, artistic way. We're attracted to the immersive and expressive potential of video game technology but we try not to start from the assumption that our work needs to be formatted like a game. Instead, all assets and interactions are created for the purpose of sharing an idea, a situation, a set of feelings, etc. We hope that through careful design, our work can become accessible to an audience not familiar with video games.

Thanks to the Notgames initiative, we have found many soul mates: creators with wildly different views and one common passion: to explore the potential of interactive technology beyond the conventions of traditional games.

Video-games-as-media do not replace video-games-as-games. Games have always existed. And they will continue to exist on computers too. What we are advocating here is the birth of something entirely new: a new medium for a new century, a medium capable of addressing the complexity of contemporary life in a form that is enriching as well as enjoyable. And we believe that video games have the potential to become this medium.