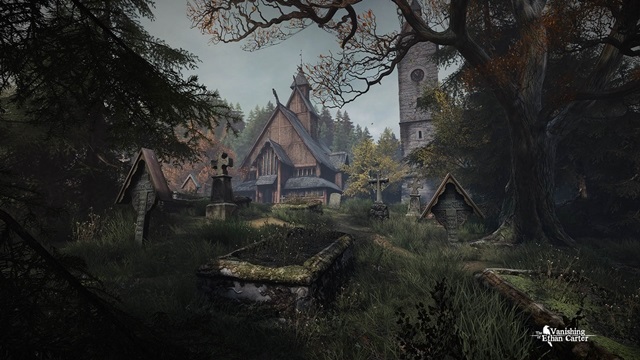 Two years later, and The Vanishing of Ethan Carter has hit Steam, with a PlayStation 4 release due next year. Chmielarz believes he succeeded in proving his theory, and the rafts of positive reviews from critics and players alike suggest he's at least on to something special. "One of the reasons why the game resonates is the fact that the world is indifferent to the player’s presence," he explains. "'Are you here? I don't care'. This allows the players to feel both as voyeurs and guilt-free intruders, and also forces them to build mental models of both the environment and the action. All of that results in the deeper sense of presence in the world, helping the trinity of presence, immersion and engagement." Another way that the industry veteran aimed to provide this resonating experience was through a very Half-Life inspired lack of cutscenes. There's a single moment in Ethan Carter when control is taken away from the player, and Chmielarz notes that he attempted to follow the PENS model, "to assure the players always feel autonomy, competence and relatedness."

"I reached a point one day when I swore to never attempt designing a narrative game ever again... hopefully I won't have to keep that promise."

There are more and more parts to this narrative concoction -- Chmielarz's "4-Layers" theory, for example, as cooked up with Frictional's Thomas Grip, aims to implement challenges in a narrative-focused game in order for blur the line between the gameplay and the story. This is clearly a cocktail that has been on the brew for quite some time now, and The Vanishing of Ethan Carter is the end result of this experimentation and theory. "There’s more, of course," he says, "but that's why I say it was a lot of work and sleepless nights." "Of course, there's nothing like analysis of actual games," he adds, "so we have studied Dear Esther, To the Moon, The Walking Dead... but also Deus Ex, Bioshock and hundreds of others. Theory is important, but playing the games of others is extremely inspirational, and interesting conclusions flow from both good and bad games." That's not to say that the concoction is perfect. I note to Chmielarz that I found one particular element of the game rather jarring -- the game is very focused on offering an experience that I can explore at my own pace, allowing me to go wherever I want at whatever point I want, yet the problem I found was that, since this element of play was highlighted for me from the start, I found myself then wanting to explore the limitations of exploration in the game. This led me to quickly discover that there were many roadblocks and invisible walls stopping me from truly feeling like I could explore. Chmielarz notes that, unfortunately, the small size of his team meant that there were a number of design elements that he would have liked to address that he simply didn't have time to. 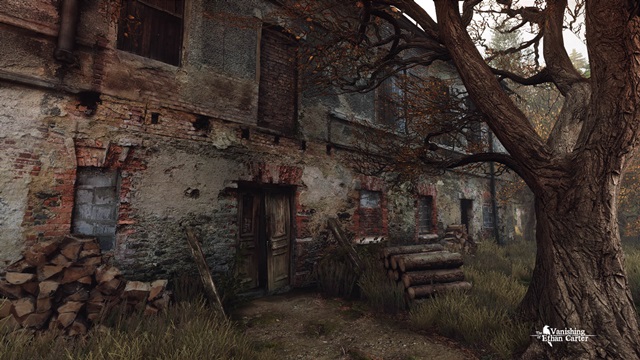 "Any jarring elements in Ethan are mostly caused by the simple fact that this game was made by the team of eight people," he says. "And that includes one programmer, and one scripter." "As an example, some people complain they have to backtrack a lot at the end of the game if they missed a certain something in the beginning. Reason for this? A month before shipping we cut off an area we knew we wouldn’t finish in time. What we missed was the fact that this area served as a great shortcut. With this shortcut gone, there is indeed a long walk from the end back to the start of the game. We will be fixing it this week by adding sort of a fast travel ability at the end of the game – one that fits the game and its mythology – but well, some people already had to suffer the walk. It’s not that severe, as there are views to enjoy and great tracks to listen too, but still..." Notably, Ethan Carter was originally penned in for Oculus Rift support, but earlier this year, Chmielarz said it was no longer in the works. I wondered whether this was due to time constraints too. "The market is very small right now," he says of the Rift. "It's basically other game developers and a few journalists, right? And they all seem to know how to launch Ethan on Oculus anyway – we're hearing it totally rocks, and I'd lie if I said I was surprised - this is indeed a perfect game for VR." "But rest assured than when the time comes, we'll be trying to get Ethan on Oculus in the 'legit' way, having it work nicely out of the box." The Vanishing of Ethan Carter is on Steam now.
Get daily news, dev blogs, and stories from Game Developer straight to your inbox
Subscribe