The Walking Dead: Why Season 1 Wins Over Season 2

So, I just played episode three of The Walking Dead season 2. And in my opinion one thing is for sure: The second season is far from the excellence of the first. But why's that? For me there are four main issues: violence, goals, agency and characters.
Julius Kuschke
Blogger
May 19, 2014

So, I just played episode three of The Walking Dead’s second season. And well, don’t get me wrong, it’s not bad… I even think it was the best episode of this season, but in my opinion one thing is for sure: The second season is far from the excellence of the first. But why’s that? For me there are four main issues. But before reading on: be warned, there will be heavy spoilers!

Remember when you were forced to cut off a man's leg in the first season? It felt awful to press that button again and again until the leg was finally off. And do you remember the scene where Kenny smashed Larry's head to keep him from turning? Oh boy, was it hard to decide whether to help Kenny or not. And of course the scene in episode three, where Lee's arm had to be chopped off. You really could feel the pain, didn't you? 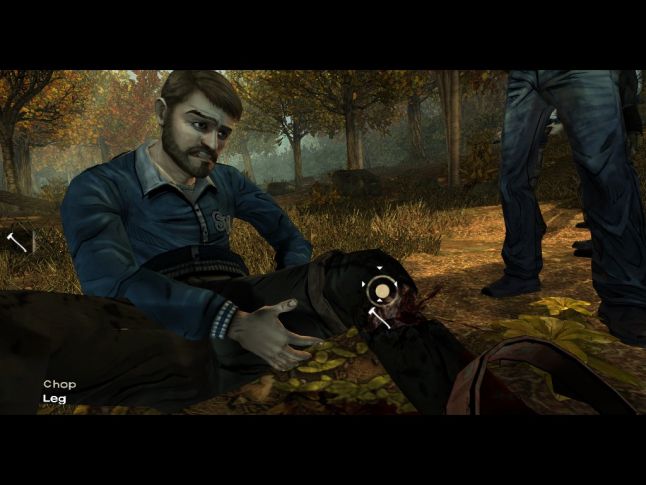 But just as Clementine got tougher and now is rubbing in zombie entrails without hesitation, I as a player got used to scenes like this. In season one Clementine was the cute little girl that I wanted to protect from all the cruelness in the world. Whenever I was forced to use violence I hoped that Clem didn't have to see it or wouldn't think bad of me. But now it's no shock anymore when someone gets a part of his body chopped off. Cutting off Sarita's arm at the end of the latest episode? Well, it had to be done. Carver beating the shit out of Kenny? By now we know that there are a whole lot of crazy ruthless bastards in the world of The Walking Dead. Violence as element of surprise and horror simply lost its power. It has become daily routine.

Of course, that's exactly the story the developers want to tell. The story of a "realistic" zombie apocalypse, where violence becomes normality for the survivors. But I'm not sure if this topic alone can hold my interest for much longer. So, what to do to spice things up again? I'd say: Keep the violence, but try to combine the violent scenes more often with a real moral dilemma for the player. Use the true power of interactive storytelling.

A big difference between season one and two is the existence of an overarching goal. In season one there was the goal of reaching Savannah to probably find Clem's parents. Then there was still some hope to get away from all the mess by boat. And of course there was the overall goal of protecting Clementine. This story framework was present all the time and whenever one episode came to an end Telltale made sure to teaser a new storyline that would tie in with this. 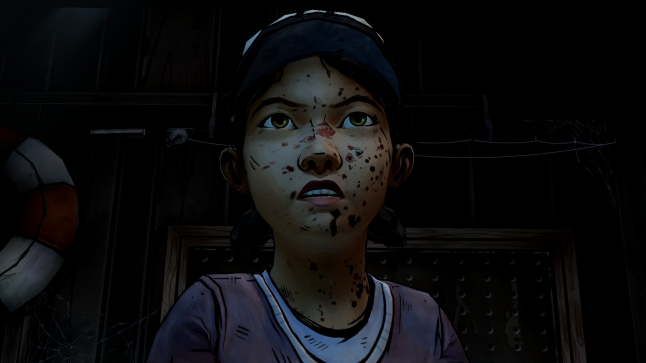 In season two it's pure survival. There is no location I definitely want to reach. There are no characters anymore I feel responsible for. The strong motivation for the player to keep going in season one came from the relationship between Lee and Clem. But now Clementine seems to be strong enough to handle everything on her own and I - as a player - don't feel needed anymore.

Maybe it wouldn't be that much of a problem if we wouldn't be talking about an interactive experience, but games absolutely need goals. There must be something to achieve. And no, simply surviving doesn't work in a story-driven game like this. In a game like Day-Z survival alone is a great goal, because there's a very real chance of failure. But in the case of The Walking Dead I know that there's no chance Clementine could die before the season ends.

Which brings me directly to reason number three. By now, we all know the recipe Telltale is using to create fake choices, don't we? But in season one I still had the feeling that maybe at some point one of my decisions could actually make a difference. There were at least some moments where the composition of my group was influenced directly by my decisions. Sure, this mostly lasted for a short time, until everybody was brought back to the same track, but it highly increased the feeling of agency. And it doesn't have to be branching on a large scale. I was already happy when I managed to start a little romance between Lee and Carley. 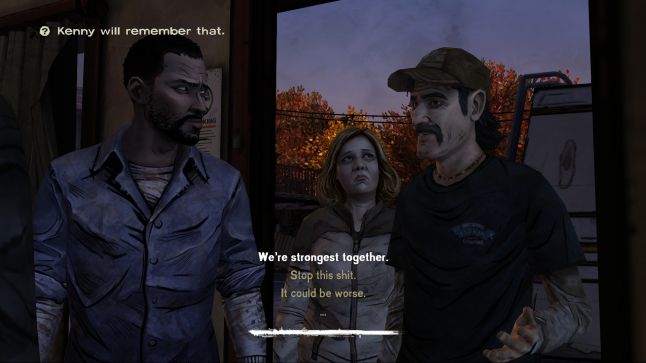 So, while this already wasn't the strongest part in season one, it became much worse in season two. I don't know how often I read the magic line "... will remember that." in this season, but I know for sure that I didn't have the feeling that any character is REALLY remembering. Did Sarah behave any different because I was nice to her? Nope. Did somebody survive or die just because of my decisions? Nope. Does it matter how good or bad I perform in the daily zombie slashing? Nope.

Of course, there was the beginning of the second episode where things branched out and you were at different locations depending on the last decision of the first episode. This made me hope Telltale would deliver more in this direction, but episode three was as linear as it could be. I honestly don't expect Telltale to branch out completely, leading me to different locations or completely different endings, but they could do a lot more on a smaller scale to make me feel my choices matter. For example I'm missing more links between the episodes. Why aren't there more moments when somebody brings up something I said/ did in the previous episode? This was clearly handled better in the first season.

This is highly subjective, but I don't really like most characters of the second season. I think Carver was a pretty solid antagonist (even though quite cliché), but what I'm really missing are characters that I want to create a relationship with over a longer time. Just as the strong conflicts within the group that made many decisions in season one so interesting. The conflicts between Kenny and Lilly for example were build up over several episodes culminating in some pretty tough choices like helping Kenny to kill her father or taking sides when it comes to leaving Lilly behind after she killed Carley/ Doug. The same goes for the relationship between Kenny and Ben. 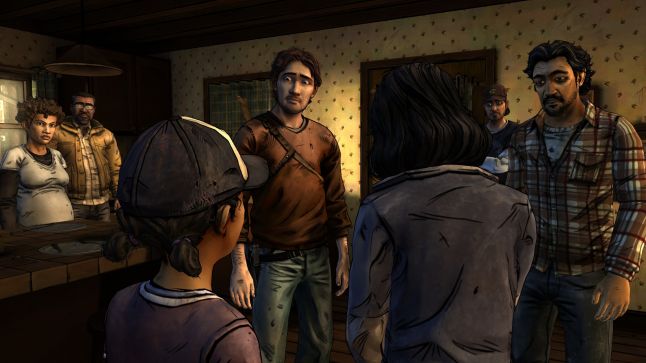 The new group in season two on the other hand has relatively weak conflicts (if any at all) within their ranks. They are united against Carver and so there's no need for me to take sides. With Kenny's return in the second episode things got at least a little bit more interesting and the decision at which table to sit was for me the most interesting in the second season so far.

While I think that there's a lot of room for improvement, The Walking Dead season two is still very entertaining. The character's facial expressions are absolutely convincing, the dialogue writing is on a par with television, the voice-acting is fantastic and the whole atmosphere of a zombie apocalypse is captured perfectly. But to me the second season feels a bit more like watching television. I am less involved and the feeling of agency isn't as strong as in the first season. That's mostly because I have no goal to aim for and the certainty that my choices will have no real consequences. I know that a lot of players are perfectly fine with just getting dragged along the story, but I think that a greater sense of agency and the possibility to build long-term relationships with the characters (just as in season one) would again raise the overall quality of the series.

This post was originally published on my blog: http://designing-games.com/