The Necessity Of Interactive Animation For Games

In this in-depth article, Arkane and Streamline Studios animator Moleman discusses why he believes that body language and facial expression are the keys to making our games feel more vibrant.
Christiaan Moleman
Blogger
June 17, 2009

[In this in-depth article, Arkane and Streamline Studios animator Moleman discusses why he believes that body language and facial expression are the keys to making our games feel more vibrant.]

We've reached a point now where characters in games are as expressive as we make them; we're less bound by technology than priority... but, animation is expensive to implement well.

So why should we pour precious developer time into making our characters more visually alive?

After control, the most important thing to the player is information. Anything we can tell about the world or the NPCs that inhabit it may be essential to our interaction with them.

People have studied body language for as long as there have been people to study. Actors have made careers out of saying much with very little. A look is worth a thousand words.

So how might we use this in our games?

If you can communicate something within the game world without breaking immersion there is no reason to put an icon or floating text on it... Even dialogue may be superfluous if all you need is a gesture or expression. 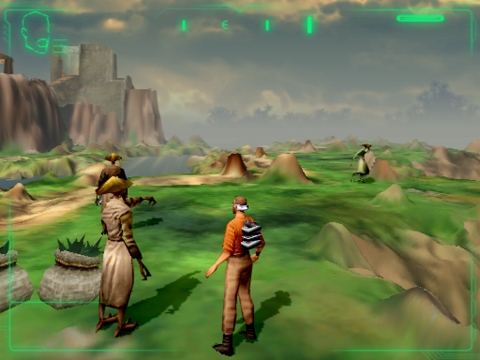 If an NPC hates or likes the player, don't give them statistics. Show it in their attitude: open or closed, submissive or arrogant, interested or impatient?

The work of Desmond Morris on body language (Peoplewatching), and Keith Johnstone's examination of status (Improvisation and the Theatre), are particularly valuable in understanding how we might better express gameplay information through our characters rather than abstract numbers and menus.

For example, Morris describes how friends adapt to each other's body language in what is called "Postural Echo". To (unconsciously) copy another's movement is to feel connected.

When people are stressed they often display "Auto-Contact", holding themselves or touching their face. When they'd rather be somewhere else their body is turned away, shifting uneasily, or ready to get up.

This could be a sign of lying or defeat on the part of an NPC, either of which would be useful to know. An attentive player might call the character out on it, or realize they're gaining the upper hand and push forward.

Johnstone suggests all interaction is an exchange of status. Reflecting relative stature in movement, whether it be physical strength, social standing or some other measure of dominance, can help us decipher the relationships between these characters and decide how we might interact with them.

Consider how a confident person moves versus a shy or nervous person. Think Yoda versus Jar Jar, Bogart versus Woody Allen.

Status in movement could tell you the leader in a group with no other distinguishing features, it can show how your character has grown by how others react to you... or it can tell you whether attacking that monster in the distance is really a good idea.

We observe and interpret body language every day of our lives without even thinking about it. It would be a shame not to use such an effective means of communication in our games.

Planning AI seems to be a big thing these days. NPCs decide a goal and then work through the steps required to achieve it. But getting out-maneuvered by your enemies can be frustrating. Clever AI is at its most fun when you can see them doing something smart and then foil their plan...

The problem is how to communicate intention to the player.

Walt Disney noted in the '30s that characters should anticipate their actions:


"A lot of valuable points could be brought out to the men in showing them that it is not necessary for them to take a character to one point, complete that action completely, and then turn to the following action as if he had never given it a thought until after completing the first action, anticipation of action is important."

People look at things before they interact with them. An NPC in combat might notice some cover, look at the player, consider the odds, then make a mad dash for safety.

It's important to note the NPC can't decide to take the cover without first observing it. His focus should rest briefly on the object. The glance at the player serves to punctuate the moment of consideration and suggests the value of the cover is determined relative to you.

It's all in the timing.

Gaze direction tells you what an NPC will interact with. Expression will tell you how.

The Disney animators working on Pluto in the thirties found a change of expression made it look like a character was thinking.

Expression can tell you how an NPC will react to your actions. A look of fear might signal a retreat, an angry look of determination might serve as a warning. In a conversation, changing expressions can give feedback on how to proceed. What if you could stop when you sense your words are having the wrong effect?

People like to project human qualities onto things. Perceived emotion suggests intelligence. Between visible observation and emotional reaction, emergent character expression will make our NPCs look a lot smarter than they really are.

Arguably the more difficult problem: Expressing things with body language is all well and good, but it's not much use if the player is not around to see it.

Thomas and Johnston note in The Illusion of Life (1981) that if you make a subtle change during a broad move, the change is lost. It doesn't matter if it's the camera or the character that's moving.

Both first and third-person games rarely keep a static view. Unless the player chooses to pay attention, any feedback must be broad enough to stand out.

How then to avoid over-acting without losing information?

A solution would be to adapt the acting to camera, timing actions dynamically to occur when the player is looking, playing broad gestures when far away and saving subtle ones for when the camera is still.

A raised eyebrow or knowing smile may be more suited to quiet moments, while frantic gesturing will read from all but a mile away.

Another option is to lead the eye through composition and set up scenes in such a way that players will inevitably see what you want them to, but the more open-ended the interaction the more adaptive the staging must be.

Most characters are irrevocably altered by the journeys they undertake... whether it is in how they relate to others, or to themselves. These changes can be complex and difficult to convey, but they can also be very visible.

How a character carries themselves should change as they change.

Let's say you wanted to reflect the advancement of the player, have your avatar grow with you. Perhaps clumsy at first, the character would gradually become skilled and elegant in their movement as you master the controls.

A shy or nervous NPC or avatar might become confident, first treading carefully, then striding with purpose, looking their peers squarely in the eye.

Aforementioned "status" is by no means a constant; a character might be low-status relative to you, but high-status towards a fellow NPC. Depending on the context status may change hands even between the same two people.

Contrast, of course, is essential. You can have as many AI-states as you want but all that work will be wasted if the player can't tell them apart. It's important to show both gradual progression and isolated moments of significant change. 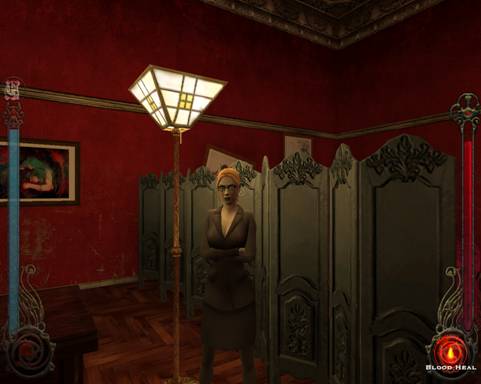 Was it something I said?

Some changes may be slow, only apparent looking back, but others could be triggered suddenly: a choice of words or actions, an external event.

Relationships too should be subject to visual change: from hostile to friendly, platonic to romantic, or trust to disappointment. As two characters become closer the space between them literally becomes smaller, their body language more relaxed, contact more frequent -- or as they grow apart, so does their visual connection.

Time away from a character can make changes more pronounced when again you meet and even if their transformation is not your doing it is more interesting to see characters progress than to be greeted again the same way by the same static NPC.

There's something rewarding about a world that seems alive...

Animation can tell us about our characters, tell us who they are, tell us what they're thinking, delivering what may be crucial gameplay information. It can do these things without breaking the illusion of being in the game world.

With body language and facial expression as our tools we can explore the subtle side of character interaction and reach beyond familiar themes.

Time, perhaps, to make it a priority.