Kirby and Super Smash Bros. have more in common than you may think. So why, I ask, shouldn't Kirby be made into more formidable fighter?
Darius Drake
Blogger
November 13, 2014 Everyone who owns a Wii U is nearly bursting with excitement. And every Nintendo fan who doesn't have a Wii U is seriously contemplating whether or not to purchase one. For Smash Bros. Wii U will dawn North American shelves in less than two weeks.

Any diehard fan has already scarfed down endless hours of playtime like a starving man on the less sparkly 3DS version of the game.

And yet, many diehard fans are also looking forward to the console standard.

In all the hype, excitement, and near intoxication, there is one thing that is never, ever going to cross anyone's mind: that is, why Kirby deserves the most lofty spot on the roster. At least give him some more recognition in the form of a "rising up in the tier."

The pink puff's been a little guy for too long.

Kirby hasn't done anything to deserve that spot. It's just that, quite frankly, there are striking simiarities between his games and the Smash Bros titles.

If you're not a Kirby fan, this will come as a surprise. If you are--pay more attention to the games you play! 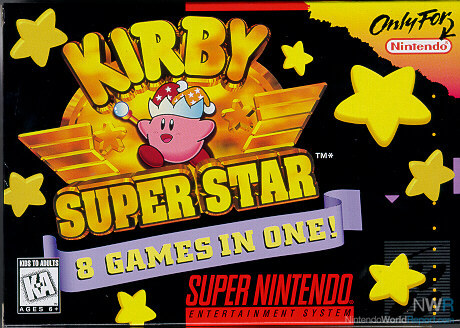 In 1996, Nintendo released a colorful, zany game called Kirby Super Star. Heard of it? A remake of the game for Nintendo DS came out in 2008.

Basically, it's a collection of different game modes, featuring platform, adventure, and runner-style gameplay...even before the runner genre existed! Bundled in there were a few quick-reflex minigames as well.

The Great Cave Offensive is my favorite mode, right under Milky Way Wishes. And if you watched the Nintendo Direct 50 Fact Extravaganza, you know that there is a stage based on this level in Smash Bros Wii U.

The Offensive (that's what we'll call it from now on) has Kirby dashing through an intricate underground labrynith, searching for seemingly random treasures. Some of those finds, like the Triforce and the Turtle Shell, are overly obvious allusions to other Nintendo franchises.

Wham Bam bears striking similarities to the Master Hand in the Smash Bros. series. Several of his attacks are so like Master Hand's that one cannot honestly deny that one boss inspired the other. If you'd like, watch this video to see what I mean.

I know what you're thinking: "THE HAND IS A LIE!" No? I do believe you can accept the fact that the Hand was perhaps influenced by this Super Star Kirby Boss. After all, every game is influenced in some way.

The Man Behind It All

I want to pause for a moment and recognize a very significant person in the Smash Bros. World, the director of all five Smash Bros. games, Masahiro Sakurai. 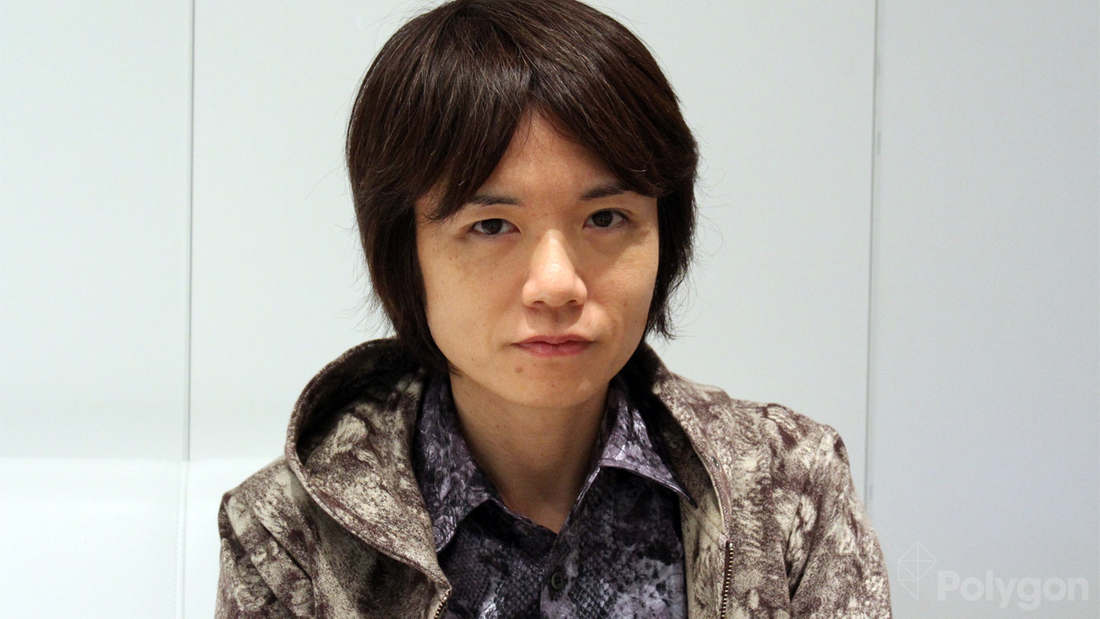 As a fun fact, this guy also performed the voice of King Dedede is both Brawl and Smash Bros Wii U/3DS. Go listen to Dedede again and just try to match the face with the voice.

Now is also a great time to share with you another important figure, the originator of Kirby himself. In fact, the man who I'm about to reveal "worked for HAL Laboratory, where he created the character Kirby at age 19 and directed his first title, Kirby's Dream Land." (2)

Here is a picture of that man:

Yes, you're right, he's the same as the guy above. My point exactly.

More specifically, the Great Maze, the climactic finish of the Subspace Emissary. If you're unfamiliar with the Subspace Emissary, it's basically Super Mario Bros. side-scrolling marries classic Smash Bros combat. You travel though worlds, bash enemies, pick-up trophies, and battle an occasional boss, all the while being mezmerised by high-quality cut scenes. All this culminates with "The Great Maze," which has you running back through every place you came.

The obvious similarity between Kirby Super Star and the Great Maze is running around, and often back tracking. I also want to highlight the save platforms that are scattered around the world, the and many, many doors as a way of entering rooms (not to mention, re-entering the same door many times before you finally finish!). 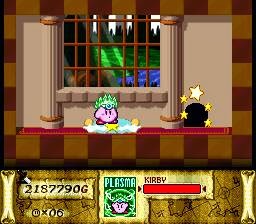 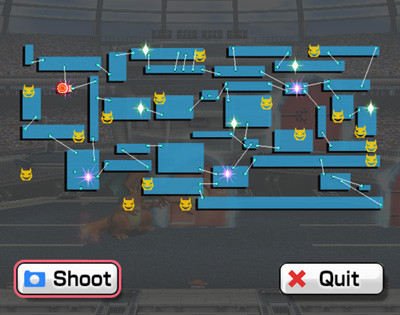 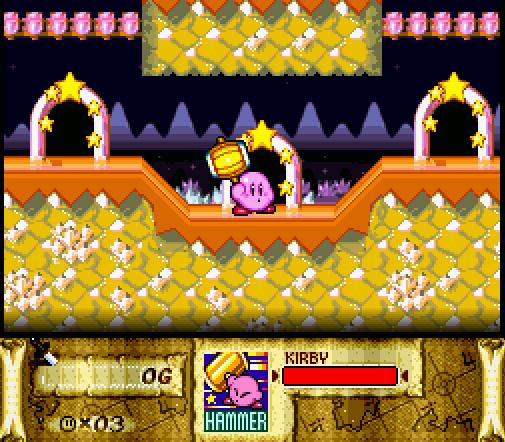 There are even more similarities between Kirby Super Star and Super Smash Bros. (like the ability to jump into the world at any place on the map). For a more comprehensive list, check out this short excerpt from the ssbwiki.

Come, let us jump back into our time machine and travel 7 years into the future--to 2003. The sun is shining, the US presidential election is getting heated, and the space shuttle Columbia has its debut. But more importantly, at least for this discussion, Nintendo fans enjoy one of their most memorable years.

Kirby Air Ride is obviously what I want to focus on. On a side note, did you notice that two other landmark racing games were released that same year?

This game is an embodiment of my nostalgic years. It received mixed reviews from critiques, but I really got a kick out of it (if you and your brother played this game like best buds, give a shout out).

Air Ride includes three modes: City Trial, which is like a free-for-all pickup battle that ends in an event match; Air Ride, the eponymous racing mode; and Top Ride, a top-down arcade style diversion, the inclusion of which exemplifies Nintendo's inclination to add strange or otherwise "gimicky" features in its games, which its fans happily swallow whole.

City Trial isn't a far cry from the frenzied action of Super Smash Bros. Here's a quick video if you'd like to see it.

I probably don't need to point out that Smash Bros 3DS has a feature not unlike City Trial. It is the Smash Run mode. (Click to read about it on Smashpedia).
But Kirby Air Ride and Smash Bros are alike in so many other ways that I'd guess you never realized. I present to you, my own much less grand  "9 fact extravaganza!" 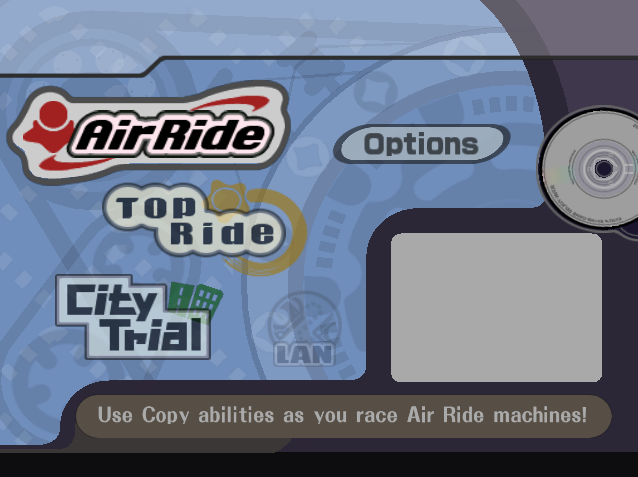 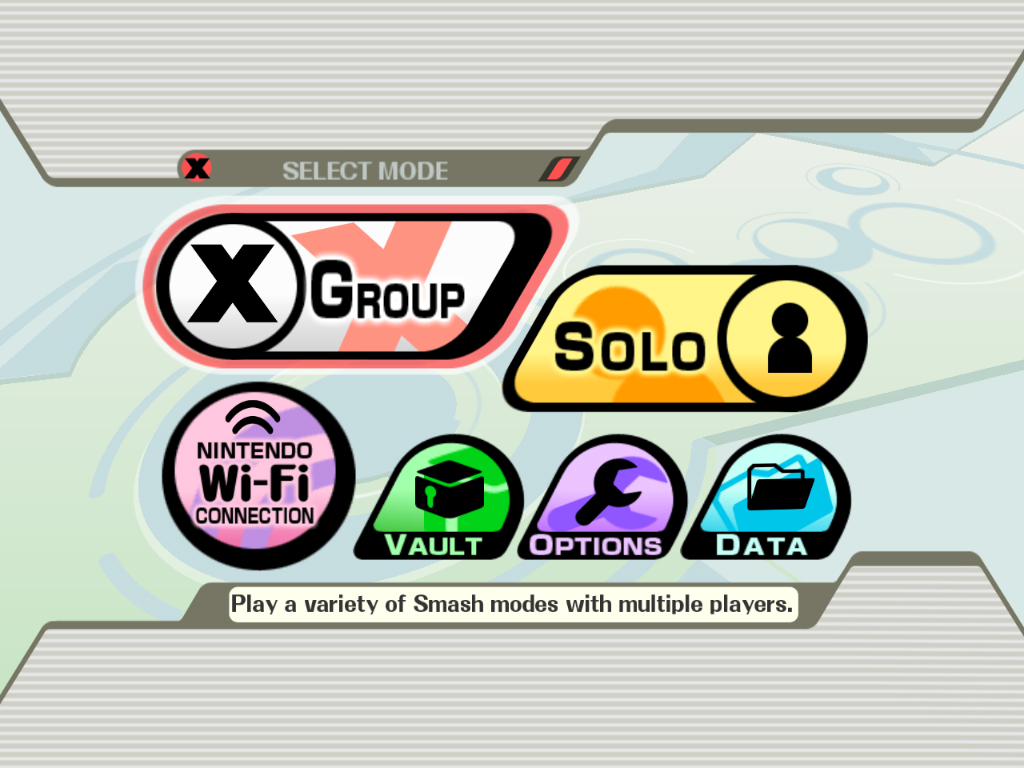 Kirby's racing game (left) and Smash Bros titles (right) both have machine-like shapes subtly moving in the background on menu screens. You'll have to actually play the games to see the effect. 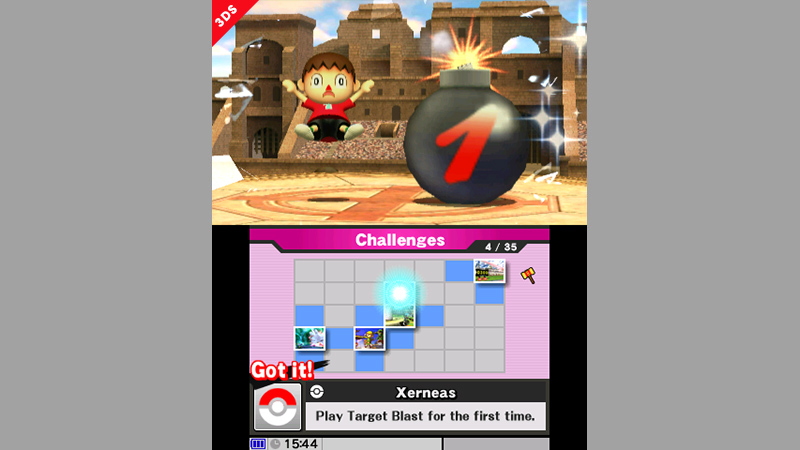 The Smash franchise features a checklist with rewards. So does Air Ride. 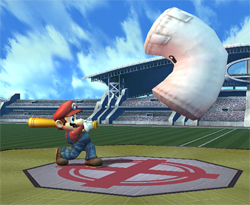 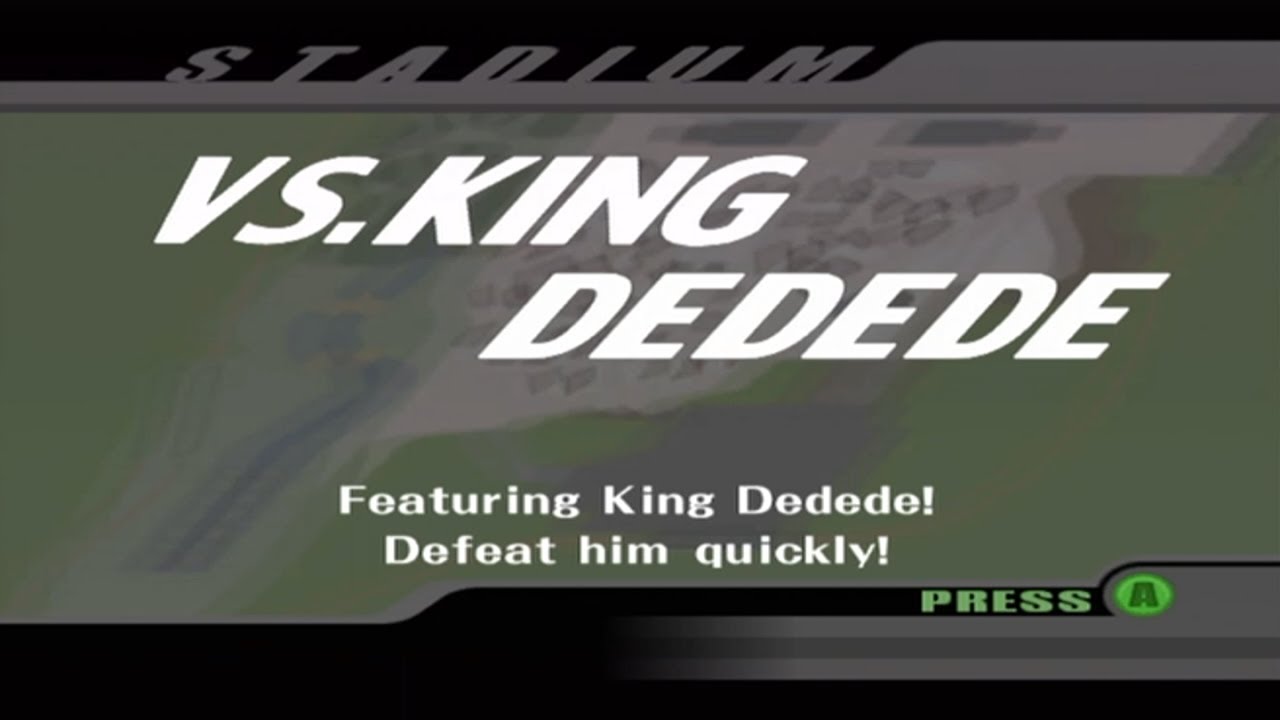 You don't hit homeruns or battle an onslaught of cyborgs in Kirby Air Ride (right), but you do have destruction derby's and drag races. (Actually, the "Kirby Melee" mode in Kirby Air Ride isn't unlike "Multi-Man Brawl" in Smash.)

When racing or in City Trial mode, players are able to set the level of opponents from 1 to 9. Sound familiar? There is even a handicap feature to create a level playing field.

The "Challenger Approaching" sound. The sound clip in Melee, and the sound clip used in Kirby Air Ride to notify when some crazy event happens--they're very similar.

So there you have it. The two franchises are like brothers. Come on Mr. Sakurai, give us a more fight-worthy Kirby in Smash Bros 4!

Whether or not you think Kirby deserves the most prestigious spot is your call. But either way, you've been informed.

"Please Kirby I get it! I've been playing second fiddle for years...have mercy!"

Image of Kirby Super Star save point from http://leavelucktoheaven-anthony.blogspot.com/2014/02/ten-years-of-kirby-reverie-5-kirby.html

Image of Kirby Super Star and three doors from http://kirby.wikia.com/wiki/Crystal_Area