The Generational Shift in Interactive Storytelling

What's truly essential for telling a compelling story in a game context, and what should be jettisoned? Gamasutra speaks to celebrated game writers Ken Levine, Chet Faliszek and Erik Wolpaw, and Thomas Grip to find out.
Game Developer
Staff
March 12, 2012

Although stories have been used in games in one form or another since the 1970s, it wasn't until the increased memory storage of CDs in the '90s that full-fledged narratives, replete with character arcs and thematic motifs and burnished with voice acting and full orchestral scores became a de facto element of nearly every title.

So much ground has been covered since then that providing a fuller, richer storytelling experience -- decorating the rooms of the narrative house as opposed to building its foundation -- is what many believe to be the remaining challenge left to the industry today.

"I think the biggest step that needs to be taken is to give up on the idea that 'all video games need to be fun,'" Thomas Grip, head programmer of Amnesia: The Dark Descent developer Frictional Games, says.

"There needs to be video games that provide the same sort of experiences for the medium as Schindler's List, The Shawshank Redemption, etc. do for movies. Right now, we are simply not seeing these sorts of games, and while I am unsure we will see any big-budget titles with this kind of focus anytime soon, I do hope so.”

"It’s hard to make a sweeping statement on the general quality of game stories," Chet Faliszek and Erik Wolpaw, writers of the Portal series for Valve Software, said when asked about the current level of storytelling quality in the industry, "but here we go: they're getting better. Bastion is a great recent example. The plot may not be earth-shatteringly new, but the way they tell it is perfect for a game. Really, really well done and well performed.”

Ken Levine, the creative force behind both Irrational Games and the BioShock series, agrees. "You see minimalist stuff coming in, which I think is great. I enjoyed the minimalism of Limbo and of Bastion, which are two excellent games which did a ton with narrative in a very minimalistic approach. I think that’s really terrific that they’re trying to tell their stories without taking the control away from the gamer and not using techniques which people relied upon before." 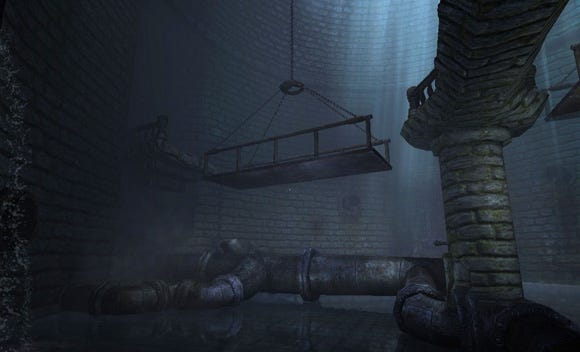 There is a drawback to this general level of progress, however, at least according to Grip. “While there is a trend towards evolving the medium, I also feel there is sort of a trend backwards. Many big-budget titles released ten years ago -- like the original Fallout, Deus Ex, and Planescape: Torment -- promised a great future. Yet, 10 years later, nothing has really surpassed these games in terms of evolving the medium. I would even say that games have taken steps backward since then.

“Part of this,” he continues, “is probably because budgets have grown so enormous over the past few years, and most big companies do not dare to take any substantial risks.” The largest problem here, he says, is artistic vision. “Games made by large teams almost always have this feeling of ‘design by committee’ attached to them, meaning that the end product is sort of an average of what everybody wanted. Because of this, much of the real innovation has been happening among smaller, indie games instead.”

When looking back at the sweep of the current generation of systems, the clear rallying cry -- whether among the cutting-edge indies or the well-entrenched mega publishers -- has been the slow-but-steady erosion of passive, non-interactive elements; the developers Gamasutra contacted for this feature consistently listed Uncharted as an example of being on the bleeding edge of interactive storytelling, in large part thanks to its incorporation of plot, exposition, and, most importantly, character into what traditionally would have been purely gameplay sequences.

"The quality of acting in games is absolutely getting better," the dynamic writing duo at Valve notes. "That alone can elevate the story experience."

Not only elevate, but also integrate. “I think players have less and less patience for sitting through a cutscene, waiting for the story to unfold,” Faliszek went on to note.

And this is certainly something which is of paramount importance to Levine. The goal before developers now, he says, should be to try and remove as many jumps from one mode to another -- say, from a player-controlled sequence to a dialogue tree.

It's analogous, Levine says, to reading a novel and then, right in the middle of the experience, having to stop, put the book away, and play an audio tape to continue the story.

"Modal switches are strange in a narrative. I think the closest thing is probably Broadway musicals. They switch from acting out a scene to singing a song, and that’s a bit of a leap to make because it’s so different. It’s a form that you have to get accustomed to, whereas stage plays take less acclimation because they're consistent."

Games -- and their narratives -- should be a play and hardly, if ever, a musical. 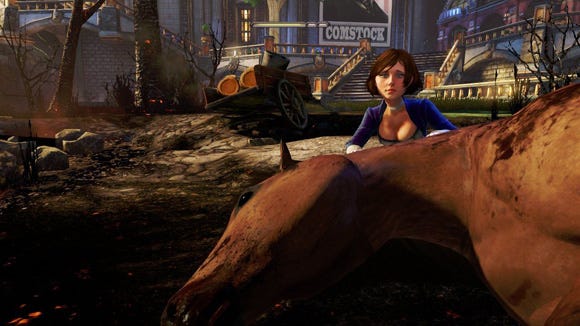 And, at least according to Grip, they should never be films, either. "There is a big difference in our relationship to a protagonist when you are a passive observer compared to playing as that character. I think the jump to a cutscene removes much of the empathy that you might have in a movie. Because of this, I believe games can never become as emotionally powerful as movies, even if the cutscenes are done exactly like film. This means that in order to improve the medium, other methods need to be used.”

If past generations concentrated on injecting a complete story with a beginning, middle, and end into their software, and if the current gen has been preoccupied with streamlining that holistic immersion, then the next gen will be dedicated to casting off old-media sensibilities and embracing the dynamic nature of the interactive space -- or so our panelists hope.

Faliszek and Wolpaw think the transition will start simply, with a development team's basic approach to narrative; the wall of separation between writing and gameplay, they muse, is "more of a leftover artifact from throwing the writer over the fence and not working with the game team. As more and more teams integrate a full-time writer, you should see story get more organically interwoven into the fabric of the game."

Grip echoes this sentiment. "Any game that is not just about certain gameplay mechanics must have story part of the design process from the very start," he states, but he also stresses this won't do much good unless the concept of narrative is fundamentally adjusted for the unique dynamism of video games.

"I do not see 'story' as a plot, meaning a certain number of very specific events. Instead, I see story as the essence, themes, and other things that build up the intended experience. For me, designing story is about building a virtual world that the player can interact in and be part of. So as soon as work starts on the game, work starts on the story, as well.”

This is a principle that the BioShock team, of course, fully took to heart. The city of Rapture was the biggest narrative driver in the game, conveying more backstory and expressing more character than the dialogue -- one of the main storytelling components of, say, film or television -- often would.

This was because, Levine notes, they had "a lot of story to tell and we didn't have a lot of time to tell it in. That's always the biggest problem: getting it down to what it needs to be. What is the most expedient way to get that information across without tying up the game, without forcing things in there?"

"It's kind of exhausting," he continues, "being a game writer, because there’s just so much urgency to get information across. You just never have the luxury of time. You can’t write a two-minute monologue -- that stops the action. If I have a rule I give to writers, it’s 'it can always be shorter.'"

Faliszek and Wolpaw have their own advice for how to embrace the next generation of storytelling: use your characters for more than just repositories of exposition.

"If your scene is a bunch of dudes standing in a half circle delivering speeches to each other while moving both arms up and down, you failed. You see this less now, but the motivating idea behind the problem still exists. Your digital actors are just that: actors. Give them some business. Let the entire character -- the model, the voice, the animation -- tell their story. The biker doesn’t have to start every speech off with, ‘When I was riding down the 101 on my Harley’ while he sits on his Harley." 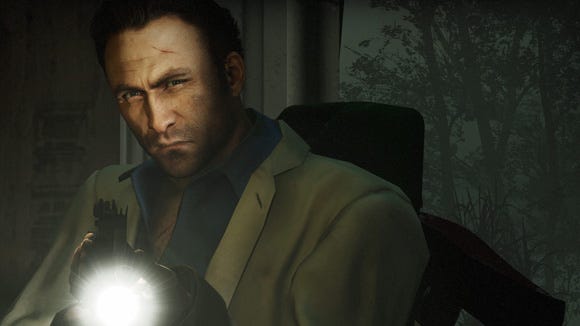 “For me,” Faliszek continues, “Nick in Left 4 Dead 2 is a fun character because you get these little glimpses about him, but we never spell it out -- all the little pieces pull together to create him.”

Just as video games pull together a lot of pieces -- graphics, AI, user interface, sound design, etc. -- to create an entirely new medium, and just as gamers are now learning to appreciate, if not outright demand, the pulling together of all these disparate elements for a seamless, organic, and resonant story.