The Future of eSports Part I: Mainstream Adoption

A little background: I’ve been playing video games ever since I was a kid. The Legend of Zelda: Ocarina of Time rocked me to sleep when I was in grade school and a mixture of energy drinks and Halo 2 kept me electrified through my teen years. As I got older, I figured that I’d slowly drift away from gaming, trading 200 undergraduate hours marauding through Skyrim as the Dovahkiin for 40 hours a week and a steady paycheck--but to be honest, I’ve never gamed more in my life than I currently do.

I attribute my current proactivity to recently having picked up playing League of Legends with my friends about a year ago. After grinding for the last several months with a group of friends, learning the nuances and meta of the game, tuning in to LCS matches on Twitch, adapting my knowledge to account for patch updates, and finally playing through my first ten provisional games, I picked up the coveted rank of Silver IV (woo!).

It’s been interesting, diving so headfirst into League. Playing is great, but even more intriguing has been the culture that I feel I’ve slowly infiltrated. I find myself watching imaqtpie streaming instead of watching TV, and rarely miss big LCS games anymore. I’ve been tuning into other eSports contests, such as bouts of the various Smash Brothers iterations or Starcraft, and have begun to see potential in eSports entertainment that I never saw before. If you’re familiar with the technology adoption life cycle, I feel like I’ve entered the era of eSports during the “early adopter” period. $175 million in eSports ticket sales in 2016 and investments in the space by the likes of DJ Steve Aoki and football legend Joe Montana help validate that narrative. On top of that, it’s hard to argue with Big Ten recognition.

So while I’m definitely not part of the “innovator” group that’s been actively involved with eSports since the early days of MLG and Starcraft and whatnot, I have been tuning in recently. The rise of connected infrastructure and apps, the accessibility of Twitch streaming on my consoles, and the move toward on-demand content have contributed to that, making now a ripe time for mainstream eSports adoption if there ever was one.

Technology is everywhere, games are accessible to essentially anybody anywhere, and more people are tuning in to Twitch streaming and competitive gaming than ever before. Unfortunately, eSports as an institution isn’t yet where it needs to be in order to experience mass market success, because the right games aren’t there to support that adoption. Only when a game emerges that perfectly balances the player experience with the spectator experience will we see mainstream adoption of eSports.

Player vs. Spectator Experience in League of Legends

I think that Riot’s League of Legends is so close to defining what the future of eSports looks like. As a player, it’s the ultimate package. I love playing, I love watching high level players, and the fact that there’s an organized international league means that I can pretty much watch any day of the week. For non-players however… 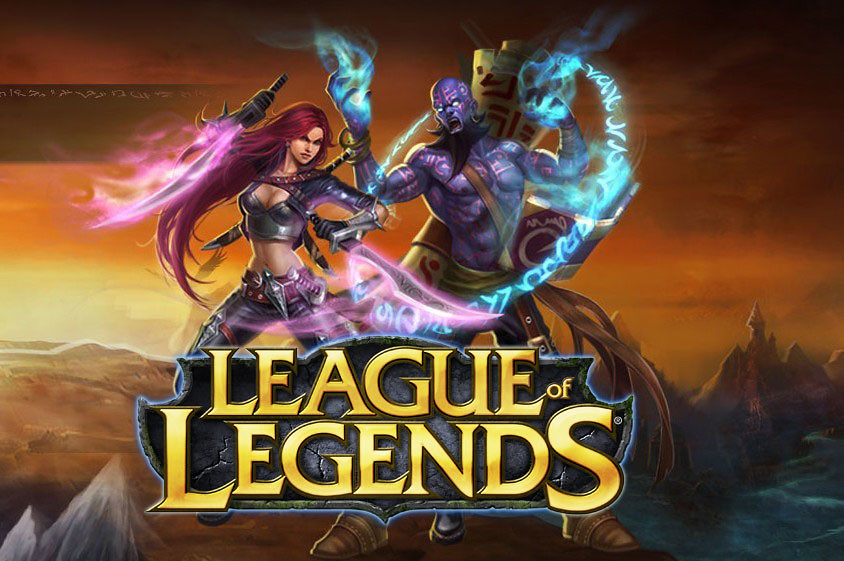 I was trying to explain the game to a friend while we were watching G2 vs. WE for the 2017 MSI semifinal. The problem was that beyond explaining that two teams are trying to push past turret lines and destroy each others’ nexuses, the game is extremely complex for an outsider to try and understand. Item builds, trades, different champion classes, objectives--all of this can get confusing and hard to keep track of, even for people who watch regularly.

“Now I know what it’s like for my girlfriend when I’m trying to explain football to her,” my friend told me. This complexity is Riot’s biggest catch-22 when it comes to breaking through to the mainstream market; the complexity and variation the game offers is both what keeps dedicated players around, and alienates the average spectator.

Don’t get me wrong, this complexity is absolutely essential--it’s what keeps the game fresh. Riot is a model organization for highlighting the real value of data in business, in that they are constantly balancing items and character stats to create harmony. Players must constantly test new strategies, new item builds, and new champions to keep their knowledge base fresh. Watching pros try new things inspires players to try new things, and when players are your main viewer-base, that’s awesome--but if you ever want viewership of your game to appeal beyond your reported 100 million monthly active players worldwide and to attract mainstream viewership, you’ll have to offer up a game that is both as simple as it is fun to play and watch.

When explaining this idea to a friend, I brought up the show American Ninja Warrior to highlight how simplicity is essential to popularizing a new sport--and what’s more simple than going from point A to point B without falling due to obstacles in between? When you think about it, ANW is really the closest thing we have to a real-life platformer experience, and the Super Mario Brothers tackled this simplicity in the late 80s long before Sasuke or ANW ever aired on TV.

You don’t have to be athletic or into sports to enjoy ANW, though I do imagine people who cross-fit and do parkour and such probably get more enjoyment out of it than the average viewer. This comes with understanding how hard an activity might be, like how hard it is to do a single pull-up while watching some lady do ten of them, or similarly, how hard it is to get a pentakill while watching Fakr pull one off. Nevertheless, the point is that viewers don’t have to know what a “double Doran’s start” or a “gank” is to understand ANW--all they have to know is that the competitor must traverse from point A to point B faster than anybody else.

Of course, you can also swing the elements of simplicity too far in the other direction. Just like complexity and change is simultaneously at the heart of LoL’s success in terms of player experience while also being a turnoff to the average spectator, simplicity can work for and against a game in similar fashion.