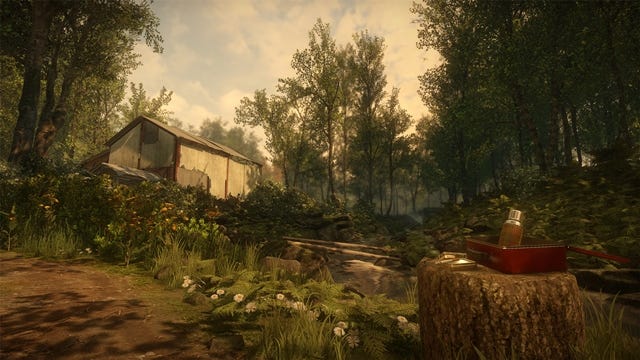 The naturalism, then, of Everybody's Gone to the Rapture's vital, soft vintage world is to bring the focus onto the village, onto the lives of the people who lived in it and how they related to one another: "It was really important to have a world that supported small, intimate moments, that didn't scream for attention," explains Pinchbeck. "It's not about an intellectual puzzle; it's about a sense of being." "That phone has been ringing for a long time," Curry interjects gently. Pinchbeck responds immediately, going to answer it. A muted voice addresses the player across analog static; a golden phenomenon stretches and spills onto the screen, a sort of electromagnetic contrail. "These phenomena are AI driven, they represent characters in the world, and they form relationships with you," Pinchbeck says. I say, "so that's a person?" "Maybe, maybe not," he replies. "Sort of," Curry says. Rapture's stories live where there's any device that can carry a signal, or among location-based triggers. Sometimes you tilt the DualShock controller as if fiddling with an old rabbit-eared antenna, trying to find just the right signal. All of the signals are to tie into Rapture's central mystery, the pair say. At present, this phenomenon drifts past us gently, echoes of a lost conversation following it down the road. "I could follow them down the road listening to their conversation as long as I want," says Pinchbeck. "The biggest thing, for us, is encouraging a sense of discovery. You don't want to feel like you're just killing time waiting, listening to a conversation." In addition to jointly heading the studio with Dan, sharing the financial and strategic decisions, Curry writes the game's music and oversees all the audio conceptually. Their audio lead, Adam Hay, has made a dynamic system that combines procedurally-generated ambient sound along with music that Curry has composed. "You never get loops," she says. Pinchbeck writes the script: "It's about providing more opportunity, more options for storytelling," he says. "You're never just standing there listening." We enter a farmhouse where every object has been meticulously referenced, researched, to bring Shropshire in the 1980s to brilliant life, with all its wooden nicks and varnished flowers. When we find another undulating, golden phenomena in the farmhouse bedroom, the world changes around us as we watch -- someone flees, cries, the house has been affected by what we've seen, instantly. Different people will experience different things in this game, follow different storylines, piece them together differently. 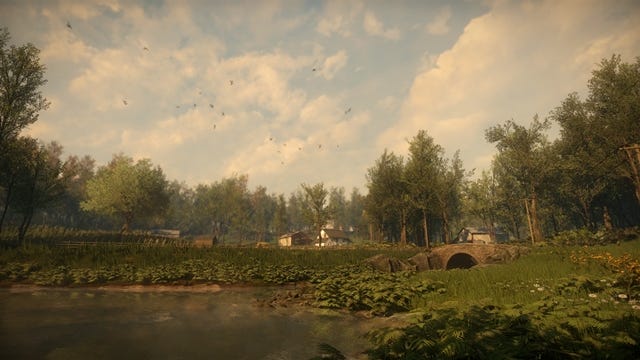 It'll all make sense in the greater context of the game, they say. The more excited the pair get, the more they finish one another's sentences. "Scenes that are really evocative," Pinchbeck endeavors, "but not... not--" "Overt," Curry supplies. "Thank you," Pinchbeck nods. *** Everybody's Gone to the Rapture entered pre-production last February, and production launched in August. It's the Chinese Room's first time working with a team of this size -- about 12 or 13 staffers all told, including remote workers. It's a new experience for the studio, but it's already taking the opportunity to try to establish what kind of workplace it is and how people will treat one another. "We've been lucky," Pinchbeck says. "We think we should hire good people and treat them well. We think it's better to have a small, passionate team that's looked-after and feels invested in the game's quality. You can have a team twice our size and not have that level of quality." Over 470 people applied to be an environment artist for The Chinese Room, but Curry says they narrowed it down not just to people who were looking for a job, but for people who wanted to work with them, on Rapture in particular. Visual effects artist James Watt was hired when, asked about what games inspired him, replied that he was instead inspired by life and the real world -- a philosophy not of imitating other games, but of imitating the world. "We don't just want to use traditional game aesthetics 'because it's a game,'" Curry explains. "And that's not saying we consider other art forms 'more highly,' but people who play games also all watch films, read books, listen to music, and we think it's important something doesn't just look and sound like a game for the sake of it. For me, the music isn't going to sound like other game soundtracks -- I really wanted a classic English pastoral sound, not from a 'game genre.'" "I just take it as a given that if you design games, you probably play a lot of them, so it's about the vocabulary outside that," Pinchbeck adds. Curry studied English literature at university, and then did three years of film school and studied screen music. Games hadn't been on her radar until she met Pinchbeck. "You were already working as a sound installation artist," he interjects. "You were already working a lot with space and sound, and inherently narratively-driven stuff," he adds. This synthesis they have, this ability to speak on behalf of one another -- I realize there's another concept that's 'English', and it's that it's frowned upon for an individual to talk him or herself up. This pair has a natural tendency to talk one another up, sparing each other from the cultural awkwardness, but making sure none of one another's details will be left out of the interview. How did you meet, I ask them, and there is this moment of incredible harmony when they make eye contact, the same bright, complicated expressions. And then they laugh. Curry, it seems, was once commissioned by a well-meaning but deeply-disorganized art organization, and when she rang to complain about the organization issues, she reached Pinchbeck. "He was very charming and very articulate," she says. "And then we met each other and got married and had a kid and started working together," Pinchbeck adds. *** For a while the pair combined Pinchbeck's writing and Curry's music in all kinds of interactive experiences, from "sound walks" to the Royal Opera House's Second Life debut. But it was't until Pinchbeck began doing a PhD on first-person games that something seemed to click, and the couple realized they'd found the medium in which they were meant to collaborate. Being married parents who work on a studio together is challenging at times, they say, but mostly works -- "it helps that we do different things and have very different perspectives," says Curry. "By the time we're getting to nailing the script and the score down, we both know what's in each other's heads really well," Pinchbeck explains. "We work in parallel with each other, as a team, we're really--" "--I'm really heart driven, really fiery, you're very analytical and don't take things personally." 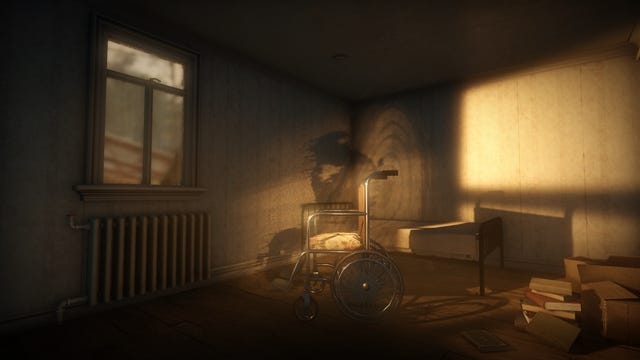