A few thoughts on the way we use camera angles on video games, and what we can learn from other media that make a more sophisticated use of them.
Nadia Orenes
Blogger
January 15, 2018

I've always been curious about the use of camera angles as an expressive resource in story telling.

I remember studying some film history and theory back in the day, and being especially struck by some specific shots from some classic movies, which brought the storytelling to a different level. You can find a few on movies like The Third Man: 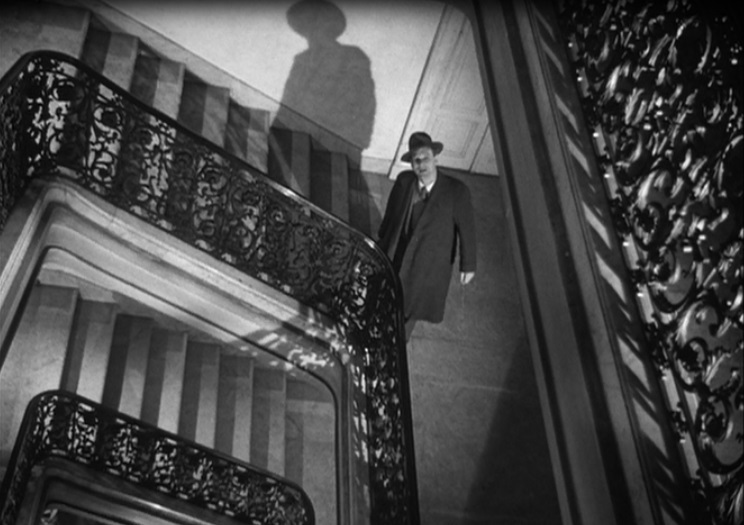 On films, the camera angle is always a deliberate choice that needs to be sorted out for literally every shot. However, it seems to me that in video games, we tend to go for a narrow collection of default camera angle setups. I'm not saying we should use the resource in the same way as on films, but I think we should look at it at least in some way.

So today I'd like to take a look at a couple of nice examples from games that do make a deliberate use of camera angles to boost different components of the experience. Here we go! 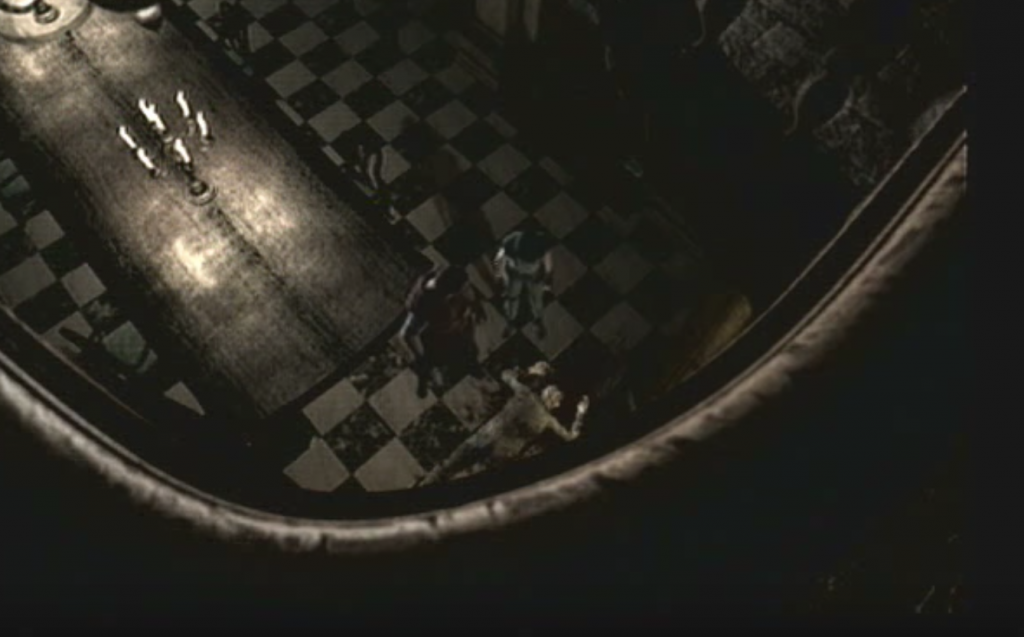 Being one of the most popular and effective the Dutch or tilted angle. What I like about these is that the meaning is not tightly defined. It just depends on the setup and context of the story. For that reason, they can be nicely suggestive if used in the right moment.

The genre of survival horror games and, maybe, Resident Evil series in particular, are well-known for their use of pre-rendered suggestive camera angles.

I find especially effective the high-angle shots that are taken from intrincate areas on the space, with points of view that suggest that the player is being watched (even when the narrative tells us that can't be the case).

Another interesting expressive angle is the Dutch angle. Again, I like its flexibility, and that the player or spectator plays an important role interpreting its meaning.

Here are a couple of examples from Little Nightmares with the camera angle tilted in two different orientations. Dutch angles not only help building nice compositions here, but they also tell something about the moment of the story. On a game like this, they also emphasize the way the player is experiencing his playthrough in a certain way. 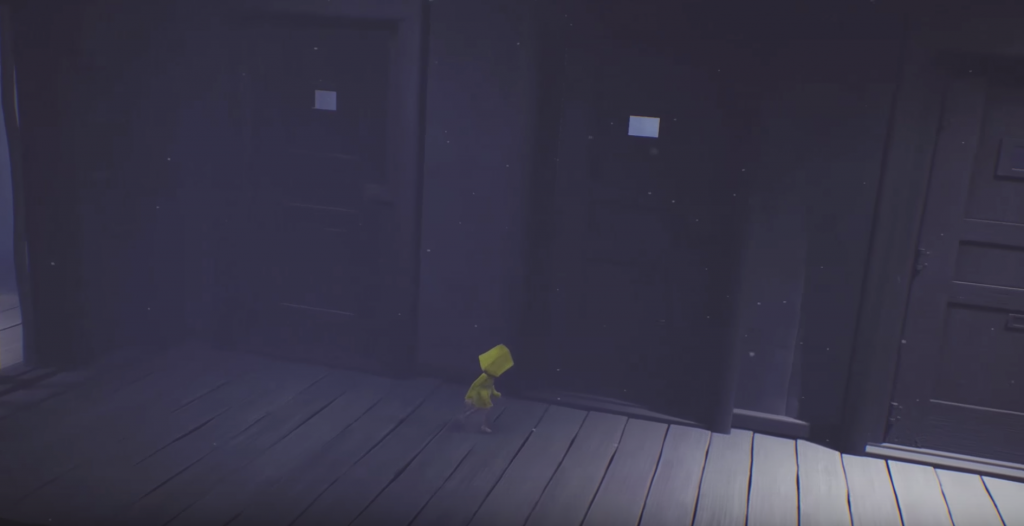 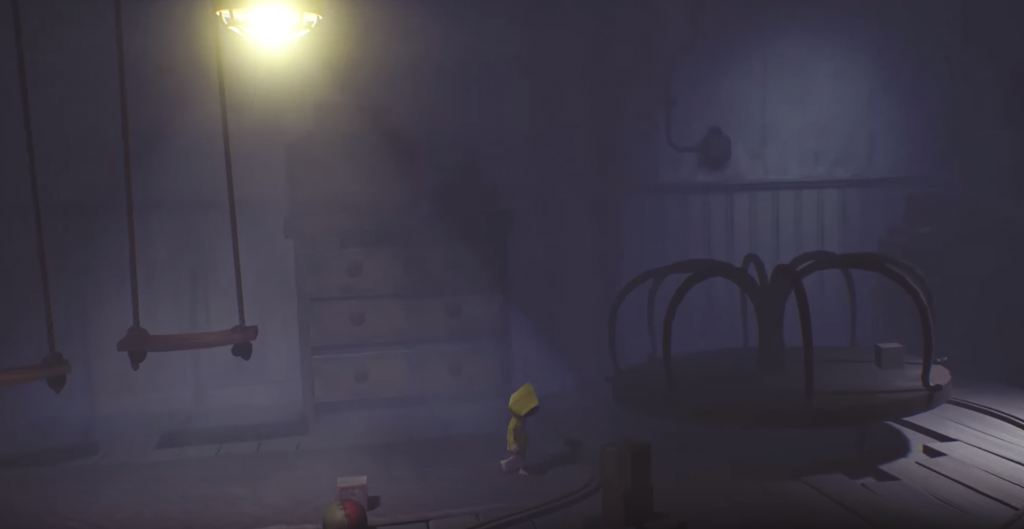 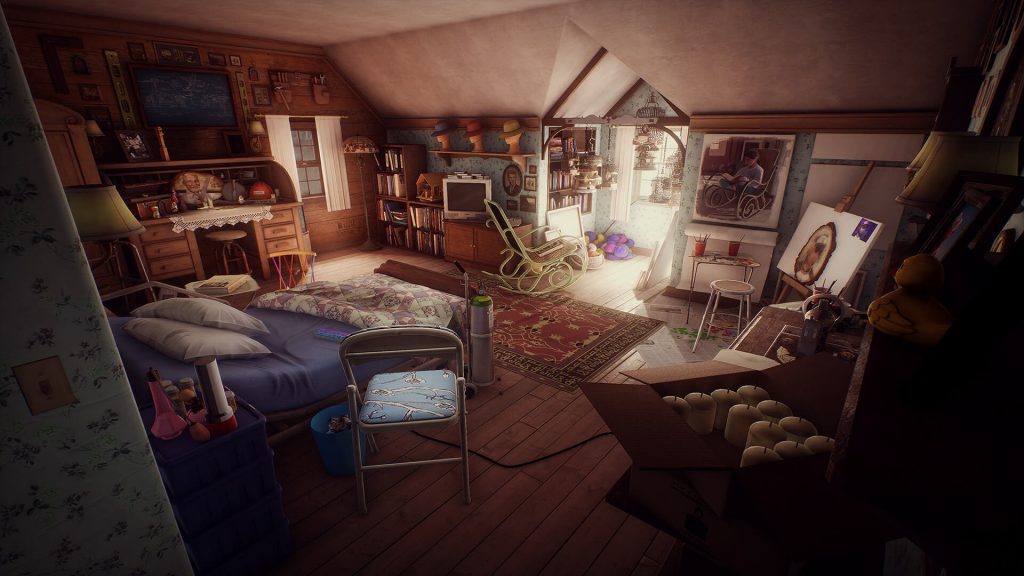 A wide-angle from What remains of Edith Finch here. Distributing the space props into different layers of depth helps soaking us into the environment. Details like the wall partially seen on the foreground create the effect that we are peeking into the scene.

Camera angles here can be combined with another visual elements to emphasize the feeling, like a deliberately distorted perspective. 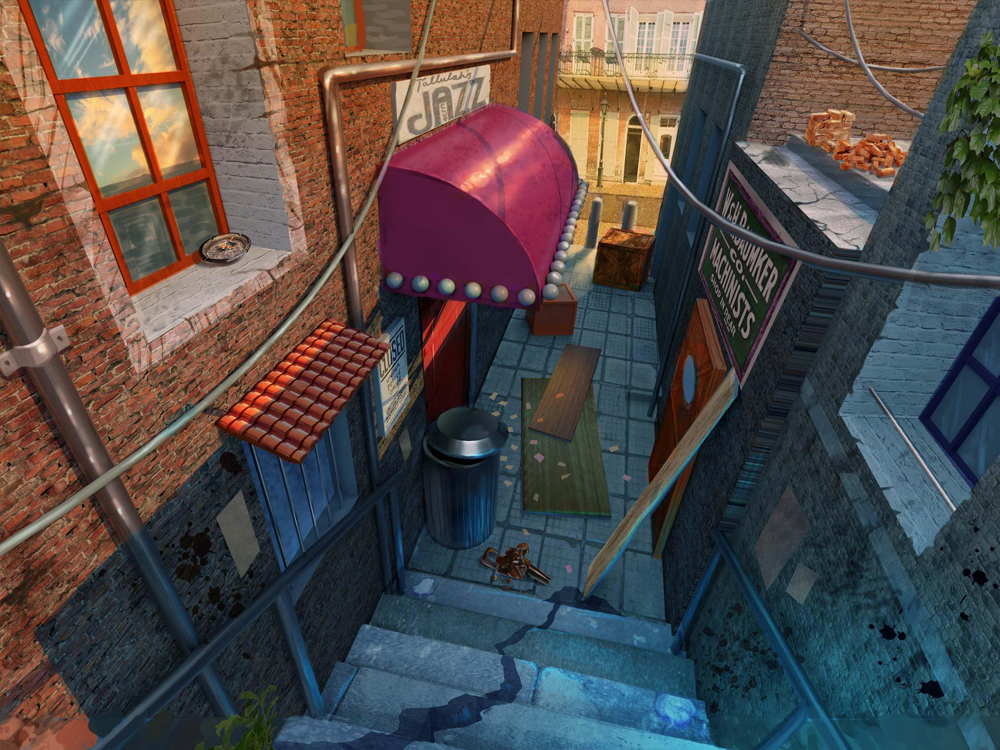 Here's another example from Little Nightmares. 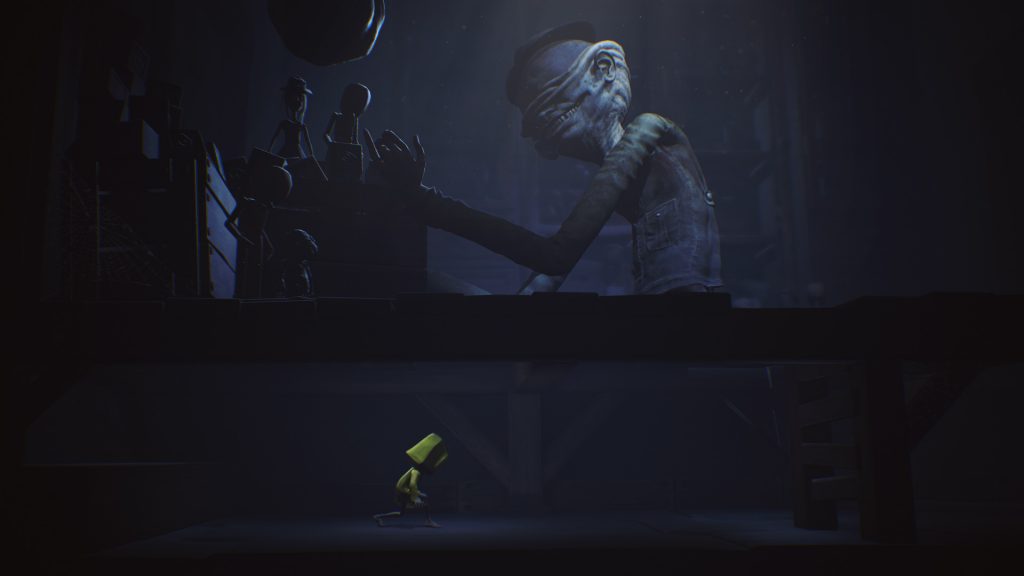 For me, the almost unbearable tension that's always present in this game flows, partially, from the contrast between the fragility of the hero and the crudity of the creatures that inhabit the world.

And one way to highlight that feeling is by putting ourselves in the place of the character by lowering the camera angle so that we feel equally small and helplessness. Again, amazing job with emotion design on this game. 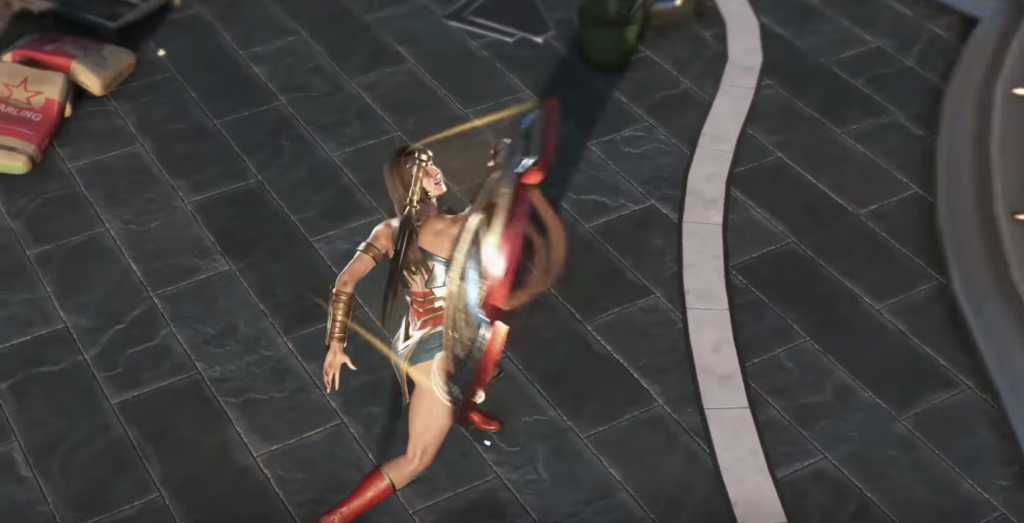 These are more connected to emphasize on the aesthetics or just to improve game feel, but I think they add up to a nicer experience as well. I find them on action-based gameplays, like fighting games.

On Injustice, for example, these more sophisticated angles are kept for the special attacks of the characters, which helps building anticipation and creating a more powerful dramatic effect.

Next screenshots are not from a game, but I'm sharing them anyways because... man, you should watch this movie, it's awesome! Ping Pong is a sports action movie that's basically a carousel of shocking compositions and exaggerated perspective distortions, which turn an otherwise visually monotonous event as a ping-pong game into something fascinating.

What camera angles add up to video games

We can establish a wide variety of camera angles on films and TV with relatively little effort, so I understand that's what facilitated a wider creative freedom, and eventually, a more sophisticated language.

In video games, however, implementing a camera system that's just functional is usually a hell already. So it's understandable that we just settle down with what works, and end up dismissing, or not even considering, creative approaches that go a step further.

But... if you've seen yourself some examples where they managed to do it anyways, you'll agree that camera angles are potentially more powerful here than in other media, because you can make them work with other resources that favour immersion and interaction.

Next time you're designing, maybe it's worth it not just setting up a default camera angle, and thinking beyond what's functional and aesthetic, but using it as a way to benefit the story of the gameplay experience.

And that's all I came to say today. Just one last thing, maybe, which is this comprehensive and illustrative list I found with different camera views on video games. And also, whynot, one final random suggestive camera angle. Take care!