SEARCH
A minimum of 3 characters are required to be typed in the search bar in order to perform a search.
Announcements
Event
Free Webinar on 5/24: How Predictive Analytics Drives Mobile Conversions & Boosts Revenue - Register Here!
PreviousNext
Design
2 min read
article

[This article was originally appeared on Game Design Aspect under the topic of Diversity.]

Earlier this year, I was able to attend a remarkable WGA, East Webinar about the report, "Normalizing Injustice: The Dangerous Misrepresentations That Define Television's Scripted Crime Genre," which explains how racial injustice is still reinforced even though diversity may be represented in these television crime shows.

As was pointed out in the Webinar, it's like racism has been erased in these shows. On the show, it's commonplace for a 65 year-old black woman to be a judge or hold a high-ranking position, but what's concerning is that none of the institutionalized racial injustice is ever addressed. These minority characters are inherent supporters of the system. 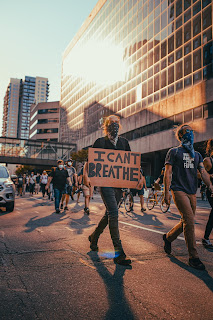 I found this line of thought eye-opening and intriguing. Others wondered if viewers or players would want to think about issues of inequality and discrimination while consuming their favorite media.

However, we know that the influence of media is important and as writers, we can and are often asked to depict a more enlightened society. The impetus to show diverse characters in our stories is not only to make things interesting, but also, to break stereotypes. We've seen it in TV remakes like Roswell, where the formerly all-white character list has disappeared. I think the writers did a good job of incorporating the new ethnic and sexual identities and blending them with topically relevant issues like immigration. They didn't do a cut and paste, like I described in the blog post, "Interchangeable He and She," where the hypothetical solution was to simply change pronouns in a romance game.

My feeling is that replacing a male, white judge character with a 65 year-old black woman can feel like cut and paste. We should want more. We should be curious about her background. What were her struggles to get to where she is now? It's not about harping about social change, but just accepting that this character might have had a harder time than just applying and going to law school.

Sande Chen is a writer and game designer whose work has spanned 10 years in the industry. Her credits include 1999 IGF winner Terminus, 2007 PC RPG of the Year The Witcher, and Wizard 101. She is one of the founding members of the IGDA Game Design SIG.