'Core' game industry notables like Brian Reynolds and Steve Meretzky have been redirecting their design efforts to social network games on Facebook and MySpace -- but why? Gamasutra talks to them and other social game experts to discuss opportunities in this fleet of foot market.
Game Developer
Staff
August 13, 2009

['Core' game industry notables like Brian Reynolds and Steve Meretzky have been redirecting their design efforts to social network games on Facebook and MySpace -- but why? Gamasutra talks to them and other social game experts to discuss opportunities in this fleet of foot market.]

Brian Reynolds is perhaps best known as Sid Meier's collaborator on Sid Meier's Colonization. One of the three founders of Firaxis, he was also lead designer on such other long-admired, real-time strategy games as Civilization II and Alpha Centauri. And Steve Meretzky was lead designer on mainstream classics like Planetfall and The Hitchhiker's Guide to the Galaxy.

But today, both men are making casual web games for Facebook and MySpace -- and loving it. So are other developers who have been saying good-bye to the retail game sector to find opportunities in the wild and wooly west of social networks.

It's quite a transition but, according to Justin Smith, "the traditional game developers who do the math see social network gaming as one of the most interesting growth markets around. My projection for 2009 is that it will be a $300 to 400-million market across all the social networks."

Smith is editor of Inside Social Games, a site he started a year and a half ago to "track innovation at the convergence of games and social platforms."

"It became clear to me back then that there was a big disruption happening in the gaming space as more and more developers were finding that by entering this new area, they were able to build new businesses. And so I decided to report on this emerging industry."

Indeed, the opportunities in social gaming were also apparent to a few high-profile execs, like former Electronic Arts COO John Pleasants who, last June, became CEO of Playdom, a social gaming studio that had already claimed Steve Meretzky. And EA founder Bing Gordon is a board member at Zynga, Brian Reynolds' new home.

Both Meretzky, who is now VP of game design at Playdom, and Reynolds, who is now chief designer at Zynga, say they've happily made the leap to social gaming -- the former in November, the latter in May -- and haven't looked back. 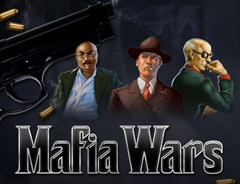 "For me, the 'ah-ha' moment when I decided to make the switch was when I was playing Mafia Wars on Facebook," recalls Reynolds. "Not only were my friends playing it more and more, but I noticed that my aunt was also playing it, and I remember thinking that it was kind of funny for a middle-aged woman who is a generation ahead of me to be putting hits on people."

"Then one day I got an e-mail from her saying, 'Brian, thanks for all the energy packs. I love you. Aunt Susie.' I thought, wow, that's great. My aunt loves me even more since I'm playing Mafia Wars."

"I say that with tongue in cheek, of course, but I realized that not only I was building social capital with my real friends when we were playing these games, I also had a wider variety of people to interact with than in typical gaming because Facebook attracts a much wider cross-section of people to play with. That's when I was sold on social gaming."

According to Reynolds, the lure was mainly the audience -- "bigger, wider, and, maybe most important, growing," he says. "It's also a space that is new and not a place where everybody's figured out all the right answers. It's evolving so quickly that this is a chance to get in on the ground floor."

The typical social network title is an online casual game, free to play, and usually monetized through virtual goods micro-transactions. The philosophy at Zynga is worlds apart from what Reynolds had been used to; the design model, he says, is to ship something very quickly without a huge set of features.

"You're no longer spending three or four years trying for perfection. Here, we throw the game out there, hope the viewers like it, and, if they do, we evolve it after seeing what they like and what they don't; it's all about using the player's energy to build momentum to make the game better. That is very attractive and refreshing to me coming from the background I come from."

Indeed, whereas the team creating Rise Of Nations at Big Huge Games consisted of 30 or so people working for three years, Zynga's teams are typically 12 to 15 working for two to three months.

"That's where you get your huge difference in terms of financial risk," observes Reynolds. "Here the budgets are tiny. I'm not a heavy-duty numbers guy but you can figure it out for yourself -- take the latest salary survey data and multiply it by 10 people and then again by two months and make an estimate."

When Steve Meretzky left Waltham, MA-based Blue Fang Games, where he was working on the popular Zoo Tycoon franchise, to join Playdom, it was for reasons not dissimilar to what motivated Reynolds.

"I was attracted to the sheer number of people -- tens and tens of millions and still growing -- that are in the social network environments," he recalls. "That gives you access to huge numbers of people who are in an environment that enables them to access their friends in a way that's so much easier and faster and seamless than in any other way they've ever played."

Compared to the mainstream games he's helped develop whose budgets were high and whose production cycles were as long as five years, he's enamored by the nature of his current projects with their small dev teams, short development cycles, and quick iterations.

"You can be a lot more experimental," he says. "You don't have so much on the line with every project so you can try a little more crazy stuff. What other popular games enable you to do that? It's just wonderful to be able to work on multiple games and get them out the door quickly."

"Plus you have the ability to constantly improve on your last several games while you're working on the next several. It just feels wonderful to have so many games that you're touching in so many different stages of development."

While the games Playdom creates are bigger than the average social games, its teams can number as few as five people or as many as 25 who typically can launch a title in "just a few months," says Meretzky. "Of course, after you launch, particularly if the game is a hit, you're going to be adding new features and content every month, maybe for years to come."

One of the challenges of creating social network titles is determining who the audience is and what sort of games they prefer, a task Meretzky finds exhilarating. "The demographics are shifting wildly," he observes. "Just a few years ago, MySpace and Facebook were for kids. Now tons of adults are joining and it's not at all unusual to find that your grandparents have Facebook accounts. So how do you determine what's going to sell? It's quite a challenge."

For example, he says, in late 2008 Playdom released Sorority Life which clearly had a very different demographic from some of the studio's other games, like Mobsters. 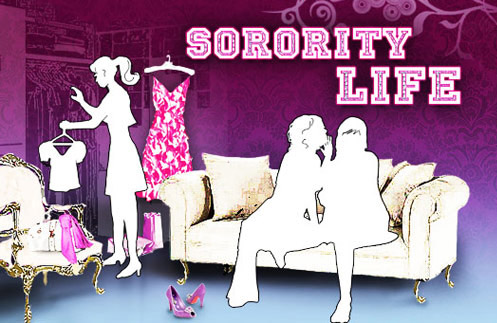 "No one really knew how it would do," Meretzky confesses, "but it's done great. That's a really great example of how, given the relative ease with which you can get a social game out there on a low budget and short development cycle, you're able to try something very different. If we had been dealing with a two-year development cycle and a $25-million budget, we would never have tried something so experimental."

And then if the game turns out to be a winner, he adds, Playdom supports it with lots of additional content. On the other hand, losers need not be shut down; they are just left to fend for themselves. The studio still has a few games that it developed early on while it was learning how to create titles for the social network platform; they're still running and attracting 100,000 or so average daily users.

"There's no reason to close them down," he says. "We just don't spend any time creating a lot of content for them."

Indeed, most social game developers release updates to their games bi-weekly on Fridays to make sure there is no negative impact on the game over the weekend's lighter playing days, says Inside Social Games's Justin Smith. It's also an attempt not to lose players to the competition, of which there is plenty, he says.

"There are a variety of social networks on almost every continent that are making a big effort to attract game developers to build games for their platforms," Smith observes.

"Just recently, the biggest social network in Russia launched a new application platform effort to bring more game developers onboard. I think that social networks around the world really recognize that games are going to be important partners for them as they seek to increase their own engagement monetization rates."

Just last week, News Corp. -- the owner of MySpace -- said that it sees gaming as a crucial element to the social network's expansion, and is considering opportunities to attract video game companies into launching their titles on the site.

And Zynga reported that its Facebook traffic grew from 60 million monthly uniques to over 72 in the last two weeks. Blog All Facebook attributes the sustained growth to the surging popularity of one of Zynga's newest Facebook games, FarmVille.

"Zynga's impressive growth goes to show that social gaming is proving to be a lasting phenomenon on sites like Facebook and MySpace," says All Facebook's Nick O'Neill, "as games continue to outshine other applications by a wide margin."

"There's no question that, as social gaming grows, developers will be changing the part of the industry they are working in," opines Zynga's Reynolds. "And this growth trend in social gaming will continue, I believe. You can see where the venture capital is going."

"It's pretty hard to get money to do a new non-sequel traditional package goods retail game these days. It's not that nobody's doing them. It's that the people who are doing them -- and are making money doing them -- are the ones who already have established their franchises. There's not a lot of investment in new IP and new ideas." 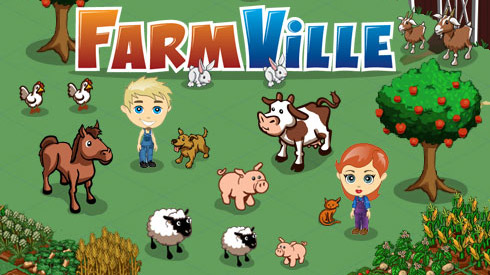 Social gaming may not be the place for everyone, he adds, but it's a place for developers who enjoy fast turnaround.

"If you like the idea of actually shipping a game on a regular basis, if you don't want to bet three years of your life and then maybe the game gets cancelled without ever coming out... or maybe the reviewers don't like it and now it's a flop, social gaming is for you," he recommends.

"It's more like constant high energy. Imagine having a lot more chances to actually execute something and getting it out there in front of millions of people; who wouldn't like that?"